Relations Don't Speak With Brendan Rodgers Because He Left Celtic

More than a year on from him leaving Celtic, some family members do not speak with Brendan Rodgers because he left the club.

Rodgers managed Celtic for two full seasons, departing in February of his third at Parkhead. He won two domestic trebles and went on a 69-game unbeaten domestic run during his time there before moving on to manage Leicester.

"I had family who were just distraught, just couldn't believe it," Rodgers told the Beautiful Game podcast.

"I have relations that haven’t spoken to me since the day I left Celtic. Because it meant so much to them. And if you carry on like that too much, you’ll never do anything.

The Antrim man added that the people he had around him was one of the factors which made it hard to leave.

"From when we went into the club to where the club was at at that point, it was a different club," he said.

"The connection between the supporters, the team and the management was really strong.

"We were in an incredible period. I was only the third manager in the history of the club to complete the treble and we were able to do it as an invincible treble and then we did it again! People say, 'You could have stayed and done a third one and then a fourth one'.

"I felt at the time I left Celtic, the team was eight points clear. And when you think of all the seasons up until that point, Celtic had always won the league by double figures. My previous season, we won by 30 points.

"We had won the League Cup, eight points clear, and the team is in a good position in the Scottish Cup as well. If it was one point, I couldn’t leave. 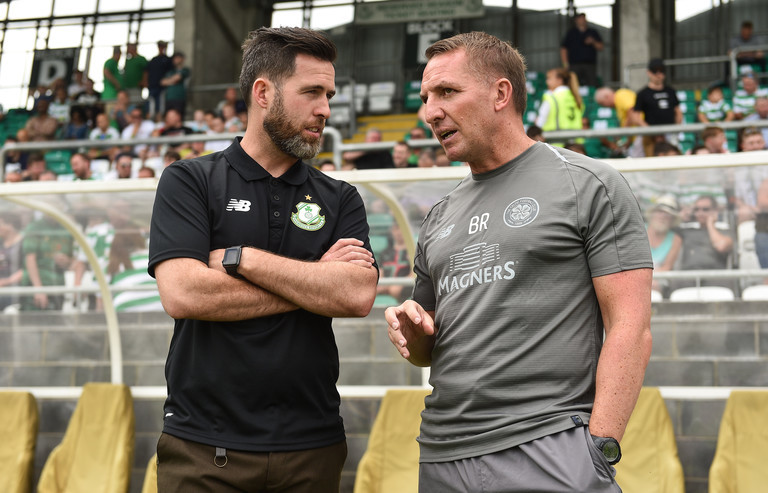 "I could go into Leicester, look at the team under pressure for 10 games and then see how the players are, and then built something in the summer to come into this season.

"There will be people for and against that but ultimately, you have to be unsentimental in football because this is a business.

"But I had some unforgettable memories at Celtic that will live with me for a lifetime, that I still think about now and I then came into my next experience.

"I left school with nothing. No qualifications, no nothing. My life has been based on experiences, hence the reason why I look for the experiences. And this (Leicester City), I felt, from a sporting perspective was going to be the next good experience."

See Also: Can You Unscramble These 12 Irish Footballer Anagrams?