It looks as though Eddie Howe is edging ever closer to becoming the next Celtic manager.

The Scottish club have been linked with a number of high profile managers in recent weeks, although there seemed to be little actual movement on recruiting Neil Lennon's replacement.

That has changed over the las couple of days, with the former Bournemouth manager looking increasingly likely to move north of the border.

Howe was one of the most highly rated young managers in the English game after leading the club to the Premier League, although his last couple of seasons in charge didn't quite hit the heights of previous campaigns.

However, he looks like he would be an excellent fit at Celtic.

It is difficult not to draw comparisons to the appointment of Brendan Rodgers in 2016. The Northern Ireland native arrived in Glasgow having struggled towards the end of his time at Liverpool, but would go on to rebuild his reputation at Parkhead.

Howe will be given the opportunity to do the same, following in the footsteps of a man he credits with having had a big impact on his career.

Speaking on The Coache's Voice, he recalled how some mentoring from Rodgers during his brief stint at Burnley had a major impact on his career.

One positive that came from my time there (at Burnley) was the chance to observe Brendan Rodgers. Swansea had been promoted to the Premier League, and I was in the Championship.

We had met after a game the previous season, and got on really well. I asked him: “Can I come and see you work?” He invited me down, and I spent a couple of days with him.

He was brilliant. He was absolutely superb with me and very, very generous with his time. We shared a few stories and I’m forever grateful for that, because you need people who help you along the way.

At times it is a tough, tough, lonely job, and Brendan was brilliant. I watched a couple of training sessions, but it was more the time he gave me afterwards that counted.

There was a little bit of a tactical discussion between us about how he does things and how they work, and what their schedule was.

Howe's playing style is similar to the one favoured by Rodgers, meaning Celtic fans should welcome the brand of football he will bring to the team.

Should he be given the job, his first task will surely be to stop Rangers establishing themselves as the dominant force in Scottish football. 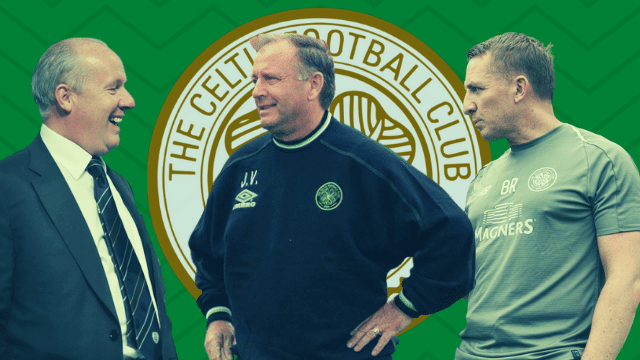