It is one of the most infamous games in Premier League history, and while Liverpool would finally end their long title drought last year, the loss to Chelsea in 2014 still stings for many of their supporters.

We all know the circumstances of that loss, one that would cost them the Premier League title. Steven Gerrard's slip to allow Demba Ba to score the game's opening goal will certainly never be forgotten.

However, there has been another narrative emerging around that game in recent years.

Liverpool entered the fixture needing seven points from their final three games to win the Premier League title. As a result, a draw against a Jose Mourinho side who came to Anfield to spoil the party would have been enough.

Despite this, Liverpool piled forward from the start and essentially played right into Chelsea's hands. It is something that manager Brendan Rodgers has received plenty of criticism for.

Steven Gerrard is amongst those to share their opinions on Liverpool's tactical approach in that game. In his 2016 autobiography My Story, the midfielder revealed that he was concerned about Liverpool's gung-ho approach in the buildup to that game:

I've never been able to say this in public before but I was seriously concerned that we thought we could blow Chelsea away.

I sensed an over-confidence in Brendan's team talks. We played into Chelsea's hands. I feared it then and I know it now.

However, this is not something Brendan Rodgers agrees with.

Speaking on the Robbie Fowler Podcast, the current Leicester City manager said that it was not as simple as just switching the mentality of what was a very attack-minded side. He also believes he did not have the players to play in a more conservative manner.

We were on an 11-game unbeaten run. We arrived into that Chelsea game in good form. We were an aggressive, attacking team, and we continued in the vein.

Our team was very attacking, that was our strength, we didn't have a defensive midfielder - that was our playmaker in Steven. We were very much a front foot team.

When you set up a team to play like Jurgen [Klopp], offensive, aggressive, look to dominate. That would be like saying to him, 'for this one game I just want you to stay away'. It's not going to happen.

Your team is about pressing high, being dominant, being up there but for this one game you're going to do everything you haven't done in the two previous years and you're just going to sit back and invite pressure.

For us I always felt, that team we weren't that strong defensively, so we weren't the kind of team who could just sit in and defend because I believe we didn't have the personnel for that.

It was just one of those things that happens. For 70 minutes of that game it was how we'd been for the rest of the season.

With all due respect, if I had the back four I have here (at Leicester), we'd have won the league, no question...

I've heard one or two people talk around that and the tactics of it and I don't necessarily agree with it.

You don't play like Pep Guardiola or Jurgen Klopp on a Monday and then turn around and play like Diego Simeone on a Tuesday. It's your identity.

Rodgers may say this in public, but we would be surprised if he would employ those same tactics if he was given another opportunity to play out that fixture. 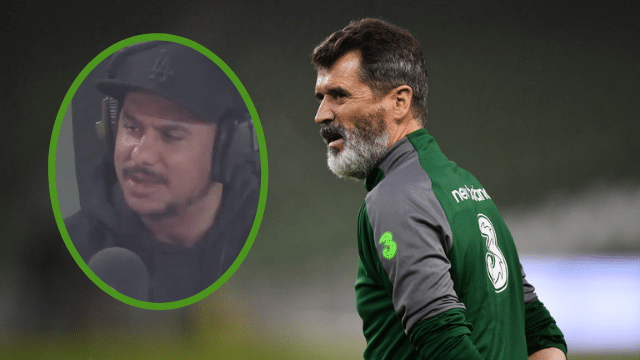