'It's Hard To Come To Terms With Coming To The End'

Dundalk shouldn't be this successful.

Seven years ago, the Lilywhites needed Michael Rafter to save them from a return to the First Division. That season had seen Dundalk finish on just 20 points, saved from automatic relegation thanks to Monaghan United's withdrawal from League of Ireland football.

The collection buckets were out in force throughout the whole season. Fans that passed through the away turnstiles chucked a few bob their way, afraid of what might happen should two League of Ireland clubs go to the wall within months of each other.

Well, rather it's what occurred in the aftermath of those goals that saved the club.

The appointment of Stephen Kenny, fresh from his failure at Shamrock Rovers, was a masterstroke. As was the multi-faceted off-season acquisitions which set a foundation for success in the coming years. Chris Shields and John Mountney were already there. From abroad, Richie Towell and Kurtis Byrne signed having failed to make their mark in Scotland for Hibernian and Celtic amongst others. Experienced League of Ireland heads like Stephen O'Donnell and Mark Rossiter were brought in. The likes of Pat Hoban and Andy Boyle were plucked from the First Division.

There was one mid-season arrival in 2013 that provided defensive solidity which would be the bedrock for Dundalk's success thereafter.

Brian Gartland, having spent the majority of his career in the First Division, arrived at Oriel Park following a stint in the Irish League at Portadown.

He then became a mainstay at the heart of the Dundalk defence, a virtual ever-present in Ireland's team of the decade.

Over the past two years, there have been changes aplenty at the Lilywhites, first with the arrival of Peak6 as owners and then the departure of Stephen Kenny to the Ireland set-up. These changes were business as usual for Gartland, who took them in his stride. Speaking at the at the FIFA 20 League of Ireland cover launch, he said:

In the last year since we've gotten new owners, then Stephen going, there was always going to be change. There are big things happening and processes are changing behind the scenes, but that's the nature of football and things can change in a second. 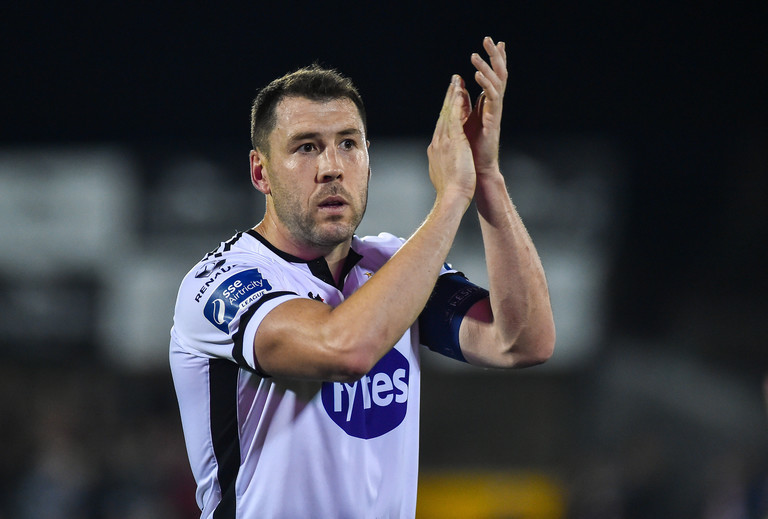 However the 2019 season has seen a more apparent change on a personal playing level for Gartland.  The return of Andy Boyle mid-season from Preston North End, coupled with the rise of Sean Hoare and Dan Cleary have mean that first-team opportunities for the elder statesman have diminished. Gartland still wanted to ensure that he was doing his job as club captain, 'doing a good job behind the scenes in terms of players, which is what you have to do.'

Playing the majority of games until mid-June, I think I'd 17 league games. It changed thereafter for the last couple of months and you're only playing a third of the games. It is frustrating, but you have to manage it, especially as captain, and lead in the background. It's hard to do, but you have to do it for the good of the team. Obviously you want to play every game and be at the forefront, you don't want that to end.

That 'end' that Gartland mentions doesn't seem to be coming any time soon. Although the wrong side of 30, Gartland signed a contract extension in the middle of the season. The mid-season period in the past two years has seen Gartland's role change in the Dundalk side.

It's hard to come to terms with coming to the end of lifting trophies. Last season, I didn't play the first 12 games through injury and illness, then I played 20-odd games on the spin. So, I'll probably end up with the same amount of appearances this season, but last season, because I got into the team at the end of the season, it has a different look to it. In my head, I know what I contributed and I know what I can contribute behind the scenes. I can't be selfish and I have to think of the team, but it's tough because everything can change so quickly. 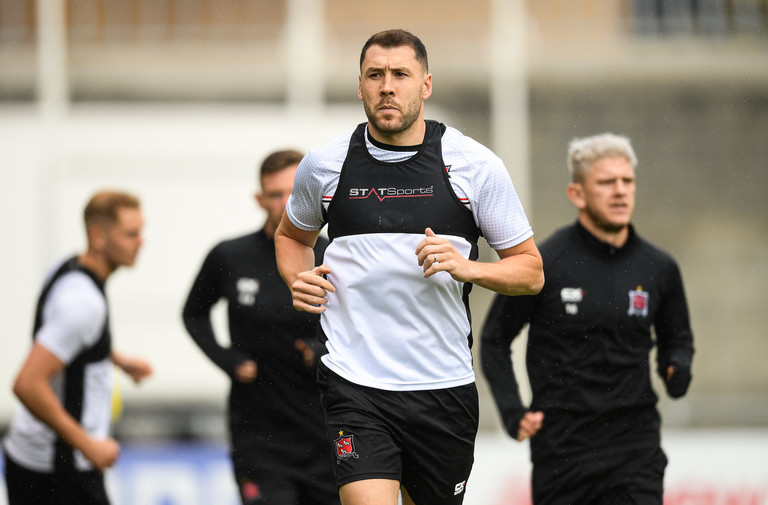 Although the end doesn't seem near, it is something he's discussed with the Dundalk hierarchy. During his contract extension talks, the club gave assurances to the experienced defender that they want him to stay at Oriel Park in a post-playing capacity.

I've talked to the club about going forward, when agreeing my new contract, they said they want me at the club after I'm playing. Coaching has always been an option for me but I'm not too sure whether I'll go down that road or into the business side of things. I love that stuff. I do try to get involved and understand what's going on so that whatever side I go into after playing, I'll have an idea and get a bit of experience. The club approached me that way and I'm interested as well.

Gartland's sixth season as a Lilywhite may end up being his most successful in terms of medals won. This Sunday's FAI Cup final showdown against Shamrock Rovers is all that stands in Dundalk's way as they aim to secure a domestic treble, the first Irish club to do so since Derry City in 1989. It won't represent the end for Gartland, though. His contract goes into 2020 and he's already giving assurances that he can continue past that.

I reckon I've a good bit left in me, I'm fit and playing well so I think there's a bit left in the playing career.