In the early 1990s, the threat of liquation loomed over St. Patrick’s Athletic. The club had a significant cash flow problem and desperately needed an injection of revenue. A group of investors generated that required sum by pooling their life savings and re-mortgaging their homes. One of the individuals to do so was the same man who oversaw the club's most successful stint in the history of the league; Brian Kerr.

Brian Kerr’s love for Irish football needs no introduction. The man routinely speaks with a forthright passion and understanding for the sport. His knowledge is boundless. His meticulous research is obvious. There are few in the game that possess the skill to comprehend it or the capability to articulate it in the way that he does.

On Sunday, Brian Kerr was given a prolonged window to discuss the current state of the football in this country. Virgin Media Sport was the platform and should be praised for allocating him a substantial opportunity to deliberate over the issue in its entirety. 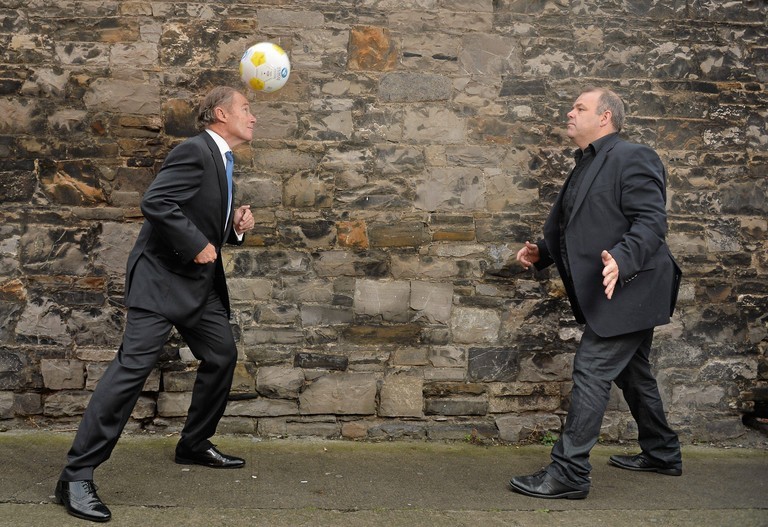 The nation was recently reminded of his genius during the 2018 World Cup. The reason Bolivia didn’t qualify? They played an ineligible player or a ‘banger’, as Kerr explained. The playing style and likely substitutions for Peru? Kerr knew. The Japanese player who wears two watches and the one writing a book on yoga? Refer to Kerr.

The notion that Brian Kerr’s continued omission from a role with Irish football is foolish is by no means a unique one but that shouldn’t deter from the reality that he is an individual we can ill afford to do without.

His unique combination of an immense love and knowledge are evident with every passing media appearance. Yet the reality is that while the production line fails and the nation’s biggest sport nosedives, his place in it all is limited to sprouting sense from a pundit chair after arbitrary internationals on late night TV.

The house is on fire and the FAI are ignoring the gigantic hose in the corner who could go some way towards alleviating the problem. 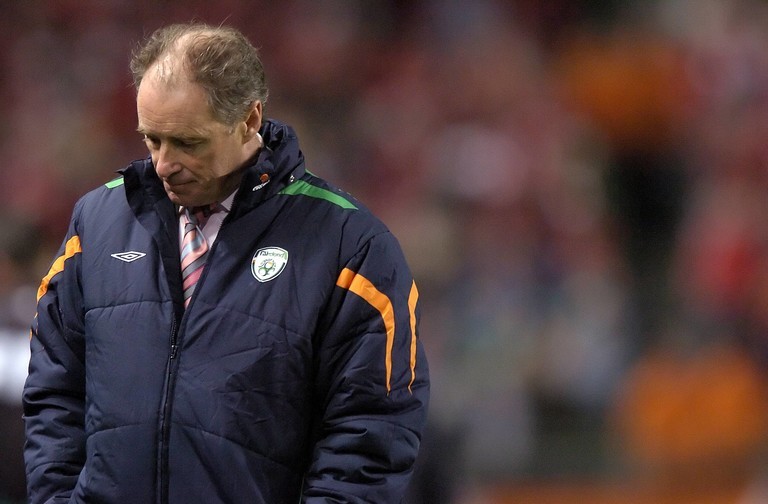 There is still a minor undercurrent of condensation reserved for Kerr’s contribution, but this is as much an issue in Irish society as it is in football. The concept of a working-class individual understanding a facet of Irish life more than the upper echelon is unfathomable to some. His lack of experience abroad or inability to qualify for a major tournament while Irish manager are also convenient sticks to counter with.

This is despite his phenomenal record in Ireland’s domestic league as well as the youth ranks. Kerr also enjoyed success in his role with the Faroe Islands. This was a distinctly different prospect from the one we now associate with football. Inmates from the local prison cut the training ground's grass, but it was often left half undone due to the limited window they were allowed out for. Training was planned around jobs and real-life concerns. All of this was expertly captured in an RTE documentary, 'Away With The Faroes.'

One scene shows a Kerr, a powerpoint and his squad before a European Qualifier against France. He is running through the entire French set-up and how they would counter it. Despite a vast difference in quality, his team would be organised and well-drilled. He later reflected on the idea the development of his squad, not merely as a squad but as people.

The French have players like Ribery, Benzema, Gallas, Evra and Sagna compared to Fróði Benjaminsen who is down doing his carpentry in Sørvágur and in the fish factory, it is a huge contrast. Which one would you rather have your son have? It is an interesting one. Maybe it is stupid to even consider that one should not have all the riches or wealth in the world…

But at times, maybe not respectful of people who do ordinary jobs and ordinary life. You can be out of touch. These players here are certainly in touch with life and reality.

The Faroe Islands ground out a spirited 1-0 loss against France, who had been World Cup finalists prior to the game. Post-match Kerr went to every player with a handshake and a hug, he told them they were his ‘family’ and gave a speech.

"I feel proud of the way you played. Proud of the effort. Proud of the performance. But, we lost. Many of you will learn from today. Now, in the media, say good things. You all deserve to have good things said about you.  Give yourself a round of applause." 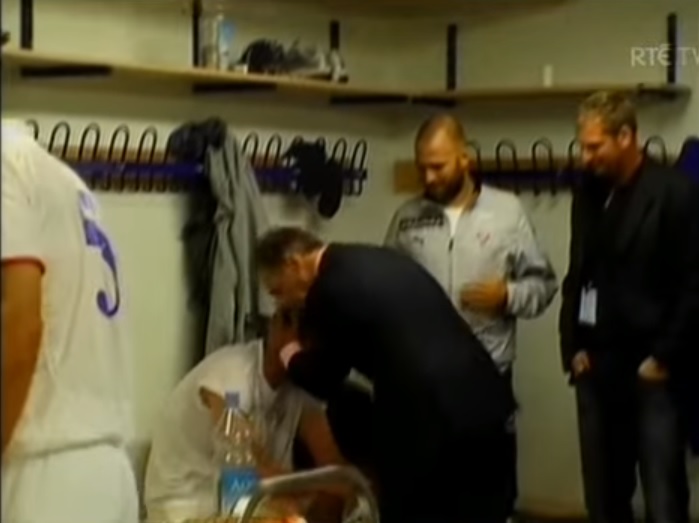 This was a feature of Kerr’s management as Ireland boss, we just weren’t aware of it. Speaking on The Irishman Abroad podcast, Kevin Kilbane later revealed that Kerr was monumental in helping him through a ‘mentally tough' period after his daughter, Elsie, was born with Down Syndrome.

I can't speak highly enough of Brian Kerr, Brian was amazing for me.

As for his absence from a substantial role in Irish football? “A travesty,” Kilbane declared.

The nation’s youth have many coaches who care about their development and many figures concerned with their well-being, Brian Kerr provides both. Our failure to benefit from that is a damning indictment of the current regime.