Barcelona's rapid fall from grace continued on Wednesday night with a comfortable loss at Benfica, and Brian Kerr thinks it was the perfect example of how far the Catalans have fallen.

Just six years ago, Lionel Messi, Neymar, and Luis Suarez led Barcelona to their fifth Champions League crown, and they looked unstoppable. That must feel like a lifetime ago to Barca's fans nowadays.

Barcelona's fall from grace summed up by Brian Kerr

This summer saw the end of an era for Barca, as Lionel Messi and Antoine Griezmann left the club - Messi after spending 21 years with the club. Since then, their fall from grace has accelerated at a rapid pace, and tonight's 3-0 loss against Benfica was just the latest in a string of poor results for manager Ronald Koeman.

Barcelona have lost their first two matches in a UEFA European campaign for the first time since the 1972/73 season... 📉#UCL pic.twitter.com/9kB0qRjSQ8

Speaking on Virgin Media after Wednesday's games, Brian Kerr spoke about the state of affairs at Barcelona, and said that the result against Benfica was a dire symbol of the club's current standing, given Benfica's performances in recent years.

They've won three and drawn three in the league. In the Champions League, they're way off the level at the moment. They got off light the last night against Bayern Munich at 3 nothing - and it looks like they were hammered again tonight.

Benfica are a side that have struggled in the Champions League in recent seasons - in fact they were in the Europa League a fair bit in recent seasons, if memory serves me correctly - and haven't been up to that level. For them to be beating Barcelona 3-0 just shows you how far Barcelona have fallen in a fairly short period of time.

The Champions League used to be Barcelona's playground, with Andres Iniesta, Xavi, and Messi running the best show on the continent in the late 2000s and early 2010s.

That is a far cry from the current state of affairs for the Blaugrana, with the last four years bringing a semi-final capitulation against Liverpool, an 8-2 defeat against Bayern Munich, and now tonight's 3-0 loss in Lisbon.

Ronald Koeman is now surely on thin ice at Barcelona, and Brian Kerr summed up the Spanish club's issues perfectly after another night to forget on Wednesday.

SEE ALSO: Man United Fans Were Horrified Ronaldo Was Still On The Pitch Before Injury-Time Winner 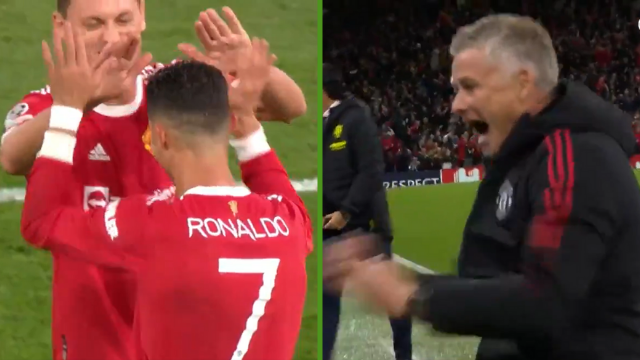 Football
2 weeks ago
By Gary Connaughton
Barcelona Slam Claims Of 3 Players Earning Monstrous Salaries At The Club
Football
2 weeks ago
By Eoin Harrington
Philippe Coutinho's Most Iconic Barcelona Moment Came When He Humiliated Them
Football
3 weeks ago
By Gary Connaughton
Rio Ferdinand's Breakdown Of 2011 Champions League Final Is Fascinating
Popular on Balls
GAA
2 days ago
By PJ Browne
Insane Drama As Late TJ Reid Goal Sends Ballyhale Into All-Ireland Final
Rugby
1 day ago
By Colman Stanley
Yesterday Was Not The First Time Wayne Barnes Sent A Player Off For Getting Lippy
Rugby
21 hours ago
By Colman Stanley
Champions Cup Predictions And Permutations For The Irish Provinces
The Rewind
2 days ago
By Jonathan Byrne
The Definitive Ranking: Deli Items Ranked From Best To Worst