After Ireland drew Serbia tonight, we again ask the question: is the glass half full or half empty?

Ireland came alive in the final ten minutes of the match to get a draw against a team oozing class and technical ability.

Both Omobamidele and Duffy, in fact, had decent chances to win the game for Ireland.

On RTÉ's commentary, George Hamilton was clearly convinced by the performance and declared that Ireland had 'turned a corner'.

The rest of the RTÉ panel were less sure. However, watching the match from the Virgin Media Studios in Ballymount, former Ireland manager Brian Kerr was thoroughly unimpressed by the Ireland performance. He said Ireland 'got out of jail', were 'battered' and 'outplayed'.

"If ever a team got out of jail it was Ireland tonight. We got battered for 85 minutes.

"How Serbia didn't score another is down to poor finishing & the brilliance of Bazunu."

"If ever a team got out of jail, it was Ireland tonight. We got battered for 85 minutes.

"How Serbia didn't score another goal...you have to put it down to poor finishing and the brilliance of young Gavin Bazunu.

They [Serbia] should have been out of sight by the middle of the second half.

"We're were so outplayed in the game. It was a hard watch. It wasn't very enjoyable."

When asked about the proud reaction of the Ireland supporters by Tommy Martin, Kerr replied:

"They probably came along fearing the worst, and it was the worst for most of it."

He also noted hilariously that Ireland played 3 games in seven days, not six as Kenny and the Irish media have been reporting.

Tommy: "Did he not get a result tonight? Whatever you say about the performance? Did they not dig in and get a result?"

Damien Delaney said he was delighted for Kenny but also added that he thought it was Ireland's worst performance in the 16 games under Kenny.  "They were poor tonight, really poor, got battered in every department."  He added that he thinks this result is a respite as opposed to a corner turned.

The results against Azerbaijan and Luxembourg away will say a lot about Ireland's progress under Kenny. 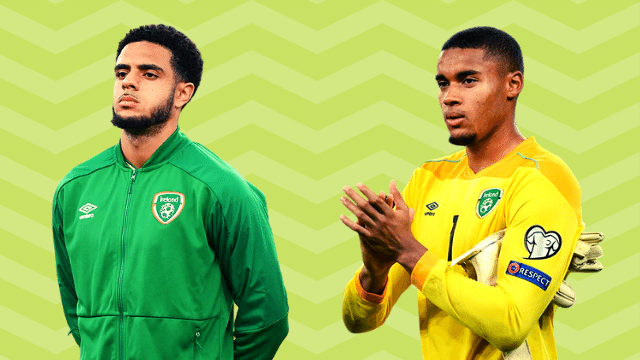