Despite Reversing Errors, Kerr Thinks FAI Should Be Cautious On Kenny Decision

The debate surrounding Stephen Kenny's management of the Ireland team has been raging on for a number of months now, but there is no debating that the side have made serious strides in their development over the last six months or so.

They are playing fantastic football and finally picking up some good results to go along with it. As a result, you would imagine that the 'culture war' that has been gripping Irish football should quickly come to a close.

However, not everyone is convinced that the FAI should immediately move forward in offering Kenny a new contract. Liam Brady shared that view on RTÉ last night, while Brian Kerr had a similar opinion on Virgin Media.

Speaking after the draw against Portugal, he said that while strides have been made we must view Kenny's tenure as a whole and not just the last few games when making a decision. That includes Kenny prioritising young players over results, something that Kerr thinks was a big error.

Tommy: "You two have been a bit like Waldorf & Statler during the Stephen Kenny reign, are you giving it your blessing now?"

We're still fourth in the group. We got three draws from four home games, lost to Luxembourg, and have to play them in the last match. We will see where we are after that...

I have said all along that they made bad mistakes from the start. The things you need to get right are the selection of the players, the shape and style of play, and the work on the training ground so that it brings out a response and motivates the team.

When we look at overall the first 18 matches, tonight is the 19th match for Stephen, they have won three games. They beat Andorra, Azerbaijan, and Qatar...

As regards their impact in world football, it's quite poor.

Sunday's game against Luxembourg will be the final game of this qualifying campaign, while Ireland are also set for two friendlies and four UEFA Nations League games before Kenny's current deal expires.

As a result, Kerr feels the FAI should be in no rush to make a decision, despite the fact that he thinks the Ireland boss has fixed some of the mistakes he made early in his tenure.

"There's definitely been a surge in performances. A much better balance to the team, not all about the young players.

"This was a miles better performance tonight."

His contract runs until more than halfway through the Nations League, so what's the panic about that? You go and do that, we've got another game in this.

There is no doubt that there is definitely a surge in performance. There is a much better balance in the team, it's not all about the young players. There was a 33-year old, a 31-year old, a gang of 29-year olds on the pitch tonight.

That experience showed in the calmness and composure that was shown, the young players added to that. The balance early on was the wrong way around, but this was a mile better performance tonight.

You would hope the FAI don't share this opinion.

It would not be fair to leave questions surrounding his future hanging over Kenny's head while for the next six months. In the unlikely event they do decide to change managers, the new person in charge should also be given the first half of next year to prepare for the Euro 2024 qualification campaign.

Barring a cataclysmic result in Luxembourg, you'd imagine Kenny will likely be tied down to a new deal in the weeks ahead.

SEE ALSO: Here's The Ireland Team We Want To See Against Luxembourg 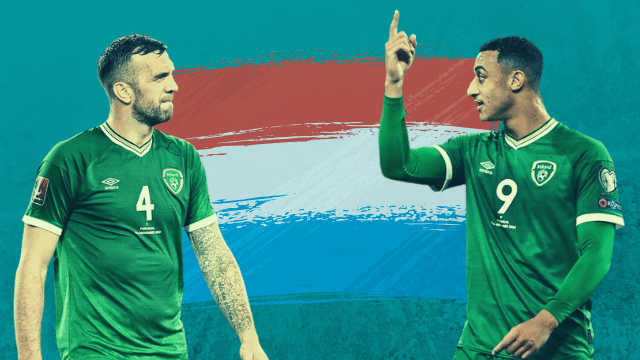