Neil Warnock has quite the reputation. He has become somewhat of a joke figure in recent years, but there is no doubt that his methods work most of the time.

The way he handles his players is certainly a bit unorthodox. We have all seen the videos of him in dressing rooms, with the 2005 documentary Warnock charting a season at Sheffield United having already been elevated to legendary status.

The players who play for him usually really enjoy doing so, even if his way of going about things can raise eyebrows at times. Brian Murphy can certainly attest to that.

The Irish goalkeeper worked with Warnock at both QPR and Cardiff City and has some hilarious stories from their time together.

Speaking on the LOI Central podcast, Murphy recalled how he would often let his wife's dreams play a part in his team selection and his unorthodox method for getting players in the zone ahead of big games.

Neil is so superstitious in his ways.

The goalkeeper that was playing before me, Neil didn't want him near the club. He was on loan for the season and they couldn't send him back, so he couldn't go play for another club or anything like that.

So he just told him 'you can have two weeks off, just go have a holiday for two weeks'. In his head, he was cursed. That's the way he was, he was so superstitious.

On a Friday we would have a team done, and he would come in and go 'look, Sharon (his wife) had a dream that you would score the winner today, so you're playing'. Then he would take somebody else out of the team and replace him...

He pulled me in after training. He said 'I'm going to play you Saturday, you haven't played, if it doesn't go well the fans will just think you're shit anyway, so don't worry about it'. Then he said 'you can go back and sit in the stands for me, no problem'.

I came out thinking 'fucking hell I feel good about this game'. He has this weird way of telling you it doesn't matter if you're shit. I felt a million dollars walking out of his office and all he said to me was 'if you're shit, you're shit'.

Some man. You can listen to the full interview here.

At 72-years old, Warnock is showing no signs of slowing down. He has already steadied the ship at previously struggling Middlesbrough and is probably thinking about a promotion push next season. 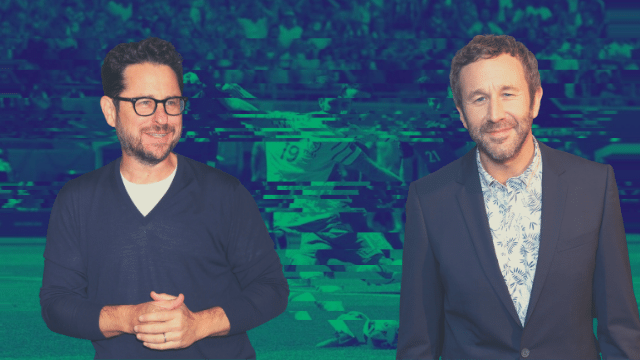 Football
1 year ago
By Maurice Brosnan
'Do You Want To Collect Piss For A Living?' - Roy Keane's Incredible Team Talk

Football
1 year ago
By Maurice Brosnan
'Do You Want To Collect Piss For A Living?' - Roy Keane's Incredible Team Talk
Popular on Balls
Football
21 hours ago
By Gary Connaughton
Scotland's Stephen O'Donnell Used Some Strange Methods To Put Jack Grealish Off His Game
Football
20 hours ago
By Gary Connaughton
Manchester United Legend Urges Club To Avoid Delcan Rice Transfer This Summer
Athletics
23 hours ago
By PJ Browne
The Men's 800m At Kenya's Olympic Trials Was Wild