Broadcasters Had To Do Better In Dealing With Christian Eriksen Incident

It was the type of incident nobody ever expects to see on a football pitch. We are accustomed to dealing with players being injured, often to fairly gruesome levels.

It is is something completely different when another human being is possibly fighting for their lives in front of millions.

What happened to Christian Eriksen this evening will eternally be etched into the minds of all those who happened to sit down in the hopes of enjoying a Euro 2020 game between Denmark and Finland.

Everyone feared the worst, but the news that has emerged since that has been positive. The players is in hospital, stable, conscious, and able to speak. It is as good of news as we could have hoped for a few hours ago.

This wasn't something that anybody needed to see.

The pictures being beamed to millions of homes around the globe of a young man in the midst of a serious medical emergency didn't sit right.

It became apparent very quickly after Eriksen had gone to ground that this was not your average incident on a football pitch. Players from both sides were in tears, pleading for the medical professionals to make their way onto the pitch as soon as possible.

Broadcasters were understandably in a very difficult situation. A split second decision had to be made on what to do. However, it's clear things should have been handled much better.

As the Denmark team huddled around their teammate to stop the graphic images being shown on TV, the camera zoomed in a number of times. 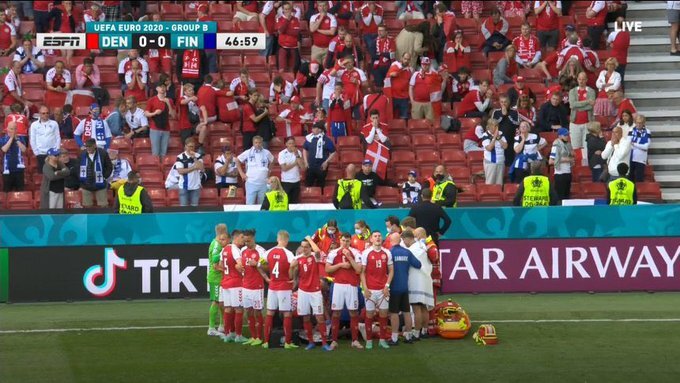 We could see the medics performing CPR. We could see them using what looked like a defibrillator. Even if they did not immediately recognise the gravity of what was happening, little changed as that became clear.

The images of Christian Eriksen's wife in tears on the side of the pitch as she did not know what was going to happen to her husband should not have appeared on television. The fact that she was sought out by cameras made it much worse.

When a streaker is on a pitch, the camera cuts away. It needed to happen here. Many people were rightly horrified that this medical emergency was shown in such a manner.

The feeds for these games are controlled by the central broadcaster, so while the likes of the BBC and RTÉ had no control over the camera work, they did have the option to cut back to the studio or display some other sort of image.

Considering the social media reaction to what was being shown, it was quickly very clear that this is the route that should have been taken.

We will be back on air at 7.25 on @bbcone. I understand some of you would have been upset with some of the images shown (we were too). Obviously these were the host pictures and out of our control. They should have stayed on a wide of the stadium. Apologies.

The images were not halted until Eriksen was brought off the pitch in a stretcher.

Both RTÉ and the BBC quickly halted their respective broadcasts, but the damage was done by then.

Again, we accept this was a supremely difficult situation for the host broadcaster to handle. It was not only broadcast media that should have done better.

Some of the images used by online media should not have been shared in the manner they were. Pictures of a young man, lying on the ground, receiving medical attention while fighting for his life.

We have to do better.

Lessons will have been learned from today, and hopefully we are never faced with a similar situation again.

We only hope that Christian Eriksen and his family now make a full recovery. 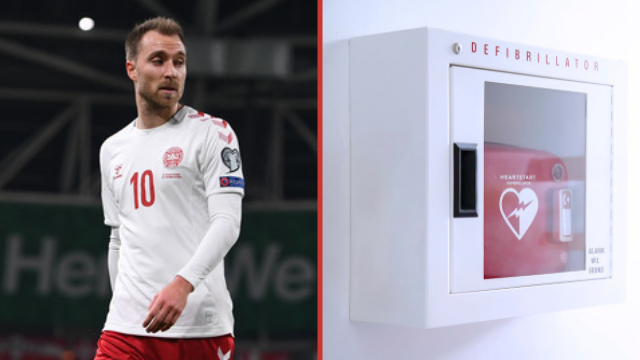