There's a reason Duncan Ferguson is tied for the most red cards in Premier League history.

The fiery Scot wore his heart on his sleeve in an Everton shirt and was probably guilty of letting his temper get the better of him on more than one occasion.

During the 2005-2006 season, Ferguson was mostly used as a substitute in an Everton side looking to replicate the heroics of a fourth-place finish in 04/05.

David Moyes' charges couldn't seem to find the form of a season previous. They lost seven of their first eight games of the season in a horrible run.

Nonetheless, winter brought more prosperity to Goodison Park and they traveled to Wigan Athletic off the back of a four-game winning streak.

Wigan were somewhat of a surprise package in their inaugural Premier League appearance. They'd go on to finish tenth under manager Paul Jewell.

Having beaten them in the earlier fixture at Goodison Park, Wigan were enjoying a top-flight showcase as Everton scrambled to find their form.

In the 73rd minute, Ferguson had a few words with Wigan defender Paul Scharner which resulted in a punch to the stomach and Scharner dropping to the grass.

Dunc did very little to hide the blow. The camera was panned on Wigan keeper Mike Pollitt as he recovered the ball to distribute it out from the goal.

What made the moment more bizarre was Ferguson had only been brought on seven minutes earlier. Whatever Scharner did to rile him up, he did it quickly.

A disgruntled Wigan contingent then began to swarm the Everton players for Dunc's actions with Jason Roberts and Pascal Chimbonda the most peeved of the group.

Ferguson came in to calm the whole thing, which set things off even further, and a palm to the face of Chimbonda more than sealed the Scot's sending off.

It was the eighth time Ferguson had seen red in a Premier League game - tied with Richard Dunne and Patrick Vieira and still not beaten to this day.

After Dunc had committed the act, he removed himself from the crime scene and only one player was brave enough to try and diffuse the situation.

Jimmy Bullard became known for his comedic moments on the pitch and his interaction with Ferguson before his red card might just top the lot.

You can see Bullard approaching it in a light-hearted manner, trying to make eye contact with the Everton striker but not getting much of a reaction.

Bullard showed equal parts humour equal parts horror as he seemed to be barking down the wrong tree. Thankfully, he recalled the moment two years ago.

Speaking with Sky Sports - Bullard said he gets asked about this interaction "all the time" and that Ferguson had "only been on the pitch for a bit."

"I was telling him to calm down," Bullard said. "But he'd gone. He'd lost the plot. I always want to get involved if there's a bit of drama. I loved it as a player."

Ahead of the return of @SoccerAM on Saturday, Jimmy Bullard and @fennerstweets reflect on a real meeting of minds from back in the day...

After receiving no reaction, the Wigan midfielder reverted to one of his opponents. "I knew James McFadden and I asked him if Dunc was alright. He told me not to say anything."

"Mike Dean gives him the red card, and as he's walking away, I told Dunc I'd see him in the tunnel, for a bit of banter but that backfired. Lee McCulloch and McFadden told me that was a bad idea."

"It was a disaster as he was waiting in the tunnel and there was still 15 minutes to play. It was the worst 15 minutes I've ever had, as I kept looking over thinking he was going to punch me!"

Thankfully Bullard didn't recall any assault taking place in the aftermath of the game, which marked the end of a nightmarish moment. 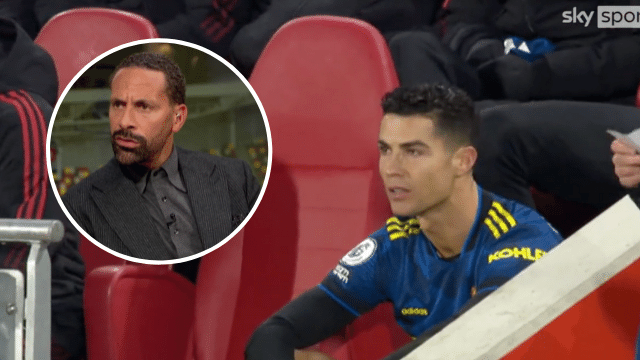