We're used to seeing players born outside of Ireland line up for our national team. English-born players have long made up a sizeable portion of our squads both at youth and senior level, something that continues up to the present day.

However, in recent years we have seen more players born on the continent come into our underage structures.

Borussia Monchengladbach midfielder Conor Noss recently made his debut for Jim Crawford's U21 side, while Villarreal forward Caden McLoughlin has also starred for Ireland at underage level. We are also set to see John Joe Patrick Finn pull on a green jersey in the coming months, a player who has already made six appearances for Getafe in La Liga.

Anselmo Garcia McNulty is another player with Spanish links that has starred for Ireland in recent times. He was born in the country to a Spanish father and Irish mother.

He was part of the squad for the U17 European Championships in 2019, scoring in the games against Israel and Montenegro.

While he has not featured since due to youth international football being halted due to the coronavirus, we can expect him to pick up plenty more caps at underage level for Ireland in the coming months and years.

The 18-year old is now also being linked with a switch of clubs.

Having began his career with Real Betis, he would move to Germany with Wolfsburg in 2019. He has since starred for the Bundesliga club and is currently captain of their youth team.

His form has drawn the attention of clubs a bit higher up the Bundesliga ladder, with Eintracht Frankfurt interested in signing the player according to Max Bielefeld of Sky Sports Germany.

Sky sources: @Eintracht is keeping an eye on Anselmo Garcia McNulty from @VfL_Wolfsburg. The captain of Wolfsburg’s youth team is ready to make the next step. McNulty would be a perfect fit in Frankfurt’s strategy to acquire some of the big talents in Europe #TransferUpdate pic.twitter.com/isUh87IikQ

Eintrahct Frankfurt have made a habit of recruiting talented young players in recent years. The likes of Luka Jovic and Sebastien Haller have been sold for massive fees over the last few seasons, while they currently boast the likes of Andre Silva and Filip Kostic amongst their charges.

It would certainly be an interesting move for Garcia McNulty, who likely isn't too far away from making a first team breakthrough at Wolfsburg or elsewhere.

Seeing a young Irish player star in one of the most competitive leagues on the continent would certainly be interesting prospect. 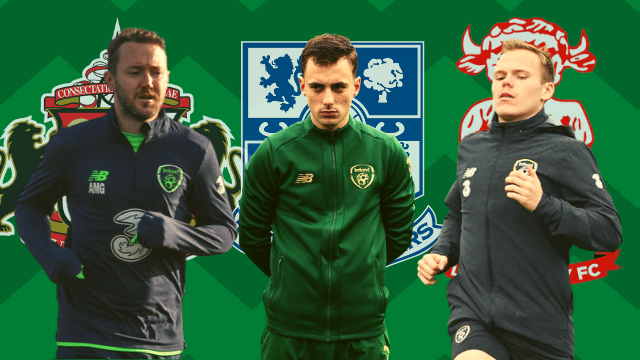