While Derby have struggled in the Championship this season, it has been quite the campaign for Jason Knight up to this point.

The 19-year old has played a part in all of Derby's 22 Championship games up to this point, starting all but one of them. He has registered two goals along the way and earning rave reviews in the process.

The Cabinteely native has also made his first steps onto the international scene. He earned three caps under Stephen Kenny towards the end of 2020 and looks a shoe-in for the squad going forward after some strong performances.

Considering the CV he has for a player of his age, it was never going to be too long before he drew some transfer interest from elsewhere.

The Sun are reporting that Burnley are considering a move for Jason Knight in the January transfer window, with the club's prospective new owners hoping to bring in some up-and-coming young talents to Turf Moor.

BURNLEY. Put Knight at DERBY on wish list. Along with O'Brien at HUDDERSFIELD. New owners would like rising stars. But may also look at loans this season for players to help them stay up.

How willing Derby would be to consider any offers remains uncertain. Interim manager Wayne Rooney is a huge fan of the player, as evidenced by him consistent place in the starting XI. The club are also in the mids of a relegation battle, although they have shown some decent form in recent weeks.

You'd imagine it would take a sizeable offer to prise him away from Pride Park.

A move to the Premier League would have to be considered a major step in the right direction fo the player himself, although he would need a club that give him plenty of playing time.

Stephen Kenny would certainly be interested to see how Knight could cope at a higher level, especially when he is likely to play a big part in the upcoming World Cup qualification campaign.

This is one to keep an eye on in the coming weeks. 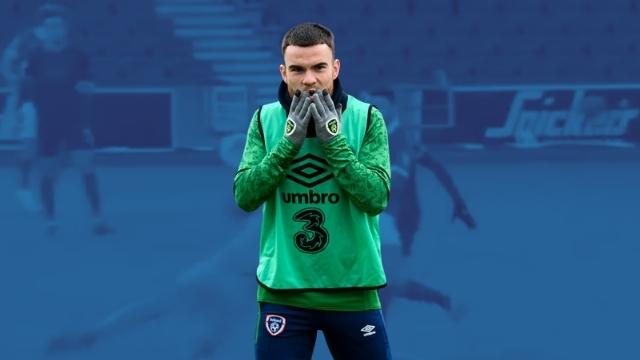