Bristol City manager Lee Johnson has admitted the end of the Callum O'Dowda contract stand-off has changed his 'mindset' towards the player.

The 24-year-old had been linked with a host of clubs over the summer but signed a three-year deal last week.

Johnson spoke to the media ahead of their Championship clash with Swansea on Saturday and was asked about O'Dowda's involvement moving forward. The Irish international has had limited game time so far this season and was an unused substitute against Stoke last time out. 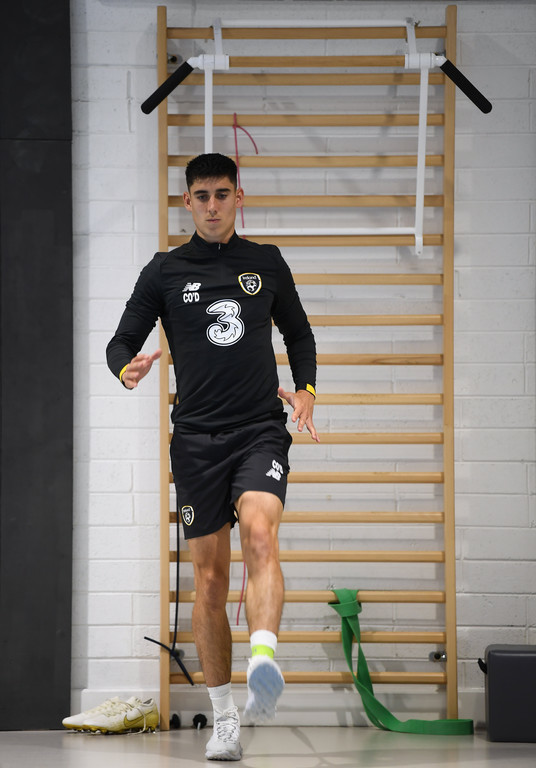 Per the BristolPost, Johnson said, "Callum's signed his new contract now; I think that changes the mindset a little bit for me certainly."

The big thing for me is always that trust element with the mindset of the individual at the time.

I wouldn't not play him because he hadn't signed his contract because he was still under contract but you're always looking for those little signs of commitment, of attitude and if it's 50/50, often you go with somebody that you feel if they make a mistake, it's an honest, genuine mistake.

I'm not saying that Callum hasn't played because of that but it's a different dynamic now that he's committed to the club and hasn't got that roving eye.

O'Dowda's fitness should not be an issue given he played for Ireland earlier this month during their friendly win over Bulgaria in Dublin.

Football
1 year ago
By Gary Connaughton
In Only A Short Time, Kenny Has Made A Huge Impact On Callum O'Dowda
Football
2 years ago
By Maurice Brosnan
The New Ireland Home Jersey For 2019/20 Has Landed
Football
2 years ago
By Maurice Brosnan
Callum O'Dowda Contract Situation At An End As Bristol Agree New Deal
Popular on Balls
Rugby
2 days ago
By Colman Stanley
Keith Earls Shares Story That Captures Andy Farrell's Decency
Football
2 days ago
By PJ Browne
'If He Continues With Performances And Goals Like That, Stephen Kenny Will See It'
Football
2 days ago
By Eoin Harrington
Quiz: Name Every Player To Score In A Champions League Final
Football
1 day ago
By Gary Connaughton
Portsmouth Likely To Retain Gavin Bazunu This Month Despite Championship Interest