Callum Robinson Finds Himself In A Very Awkward Spot This Summer

Everything looked to be on the up for Callum Robinson this time last year. He had just come off the best season of his career, scoring 12 goals and registering three assists in only 27 Championship appearances for Preston.

It was enough to draw Premier League interest, with a number of clubs attempting to sign him last summer. Burnley and Norwich both discussed a deal, but it was Sheffield United who ultimately took the plunge. They agreed to pay a then club record fee of around £10million for a player with only one year left on his contract, a signal of how much they wanted the Irishman.

Early last season, everything was going well. He started eight of Sheffield United's first ten Premier League fixtures, although he was routinely withdrawn around the 60 minute mark. He also starred at Stamford Bridge in the 2-2 draw with Chelsea, scoring and assisting in the game.

However, his influence began to wain after Oli McBurnie discovered his form. He started only one league game from November onwards. West Brom made a loan move for him in late January, where it was decided more first team football would be beneficial.

Initially, the move was working out well. He was a key player under Slaven Bilic, but the lockdown halted his progress. After starting the first two games after the restart, he was out of the team.

However, he would surprisingly start up front in their final game. After being used exclusively as a left winger up to that point, he put in a man-of-the-match display to help West Brom secure promotion with a 2-2 draw against QPR.

Robinson spoke of his delight after the game, but after a few days of celebration, he is now heading into an uncertain summer.

What comes next for the 25-year old?

On first glance, it appears that he may not have done enough to convince West Brom to sign him on a permanent deal this summer. Equally, Sheffield United may have already moved on from him.

Speaking to Balls, Joe Chapman, the Birmingham Mail's West Brom correspondent, said Robinson's future was very much up in the air at this point.

I don’t know whether 90 minutes against a team who were thought to be on the beach was enough to give Bilic some food for thought. I think if he hadn’t have played at all in the final game I would have said that probably would have been it...

It also depends on what Sheffield United would want for him. They would probably want their money back and spent the best part of £10million on him.

Do Albion have £10million knocking around to spend on Callum Robinson? I would suggest not at this point. I think they would look for more proven goalscorers at Premier League level...

He is someone that I would like to see back if it was a fit for the team. I don’t think the fans would say no to him returning as well.

It’s a tough one really. You’ve seen it so many times. He’s a really decent player at Championship level, but can he cut it in the Premier League?

Robinson seems in danger of falling into that Dwight Gayle category of 'great in the Championship, not quite good enough for the Premier League'.

Perhaps there will be space for another go at Sheffield United. Lys Mousset looks to be on his way out of the club, and with Billy Sharp getting up there in years, would the club be willing to let another striker leave? Much could depend on what is available in the market, with the Yorkshire side linked with a loan move for Liverpool's Rhian Brewster in recent days. 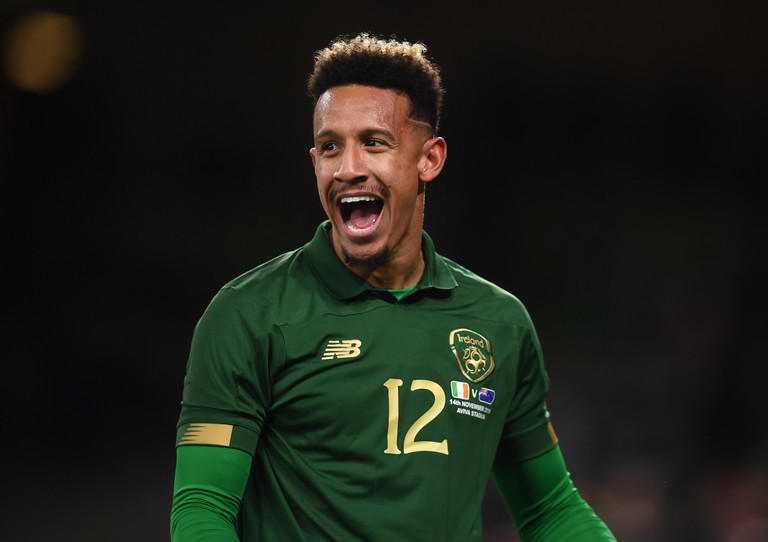 As for the player himself, he will surely want another shot at the English top flight. After earning a Premier League move and then winning promotion in consecutive seasons, you can't imagine he would be all that keen on another stint in the Championship.

What options will be there for him is another matter. Chris Wilder wouldn't commit to having back at the club on a permanent basis recently, telling the club's YouTube channel:

Callum’s under contract with us. Callum’s done great and I’m delighted for him.

But there’s always decisions at this point of the season that clubs have to make. Callum is our player and we’ll deal with that accordingly.

With almost all of Robinson's success coming as a left winger/inside forward, returning to Sheffield United team who play without wingers does not seem a natural fit. If they do move on this summer, you would imagine it would be on a permanent basis.

There would be no shortage of interest from clubs in the Championship, but the Ireland international will no doubt have his sights set a bit higher.

In a sense, he is stuck between a rock and a hard place.

If he does not take another shot at the Premier League now, another one may not come around. It is difficult to shake off the tag of 'Championship specialist' once it has been established.

Then again, a genuine Premier League option may not exist right now. West Brom may have already set their sights elsewhere and it's hard to know who else will consider Robinson.

It will certainly be an interesting few weeks ahead.