It's been a long road for Stephen Kenny and Ireland, with some Luxembourg and Azerbaijan-shaped bumps along the way, but the last few days have shown some real signs of progress.

On Tuesday night, Callum Robinson became the first male Irish player in seven years to score an international hat-trick in seven years - and his third goal was a prime example of the progression in style that Kenny's Ireland are aiming for.

It must be said that Ireland will face better opposition in the future than Azerbaijan and Qatar, and it is likely that we haven't fully cleared the hurdles of this transitional period. But two comfortable wins in the space of four days have left a feel good factor around the Irish camp, and have relieved plenty of the pressure off Stephen Kenny.

The win against Qatar on Tuesday night - on a night when Ireland celebrated the history of football in this country - was the biggest example yet of the progress made under Kenny, and the style that is slowly becoming apparent in this team.

Callum Robinson was, for the second game in a row, the star. A hat-trick means that he has added five goals to his international tally in the last four days alone, and the third of his goals was a prime example of the footballing philosophy Stephen Kenny is trying to implement.

Under Kenny so far, Ireland have struggled to find goals from anywhere other than set pieces or long range efforts. This was the first time under the new manager that the much talked about passing-and-running style was finally seen in full force.

Patient passing between Andrew Omobamidele, Shane Duffy, and Jeff Hendrick opened up the Qatar defence, before a clever run off the ball from Callum Robinson drew a decisive and brilliant pass from Hendrick through the Qatar defence.

Many have questioned whether we would ever see Stephen Kenny's supposed "philosophy" in full flow, most recently Richie Sadlier in the aftermath of the Azerbaijan win on Saturday. The game on Tuesday night gave us a glimpse of what Irish fans can hope for in the years to come.

A friendly win over Qatar doesn't make up for the results at home against Luxembourg and Azerbaijan, nor will it ease the pain of a shocking qualification campaign. But what it did do was give Irish fans hope that, slowly but surely, the ship has been steadied - and that we can dream of better things with the Euro 2024 qualification not far away.

For Stephen Kenny, you can't imagine this week could have gone much better. 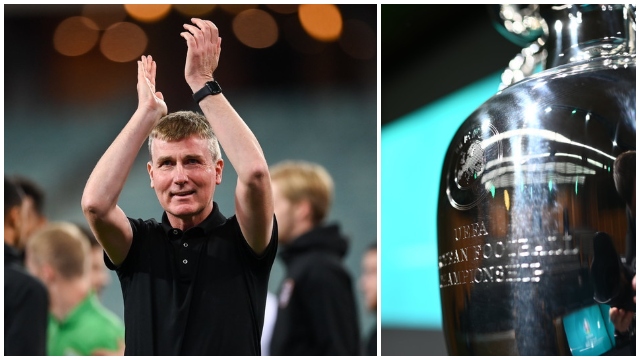