Robinson & The Next Generation Ready To Write Their Own Ireland History

Callum Robinson wasn't part of the Ireland squad the last time they were facing into a play-off for a major tournament. He was sitting at home in front of his television when Ireland took on Denmark in November of 2017, with a place in the World Cup on the line.

After a positive result in Denmark, many believed Ireland could secure a place in Russia the following summer. We all know what happened next.

Speaking to members of the media ahead of the game against Slovakia, Robinson said that watching the draw in Denmark made him want to be part of Ireland's big nights going forward.

I remember I was watching it in Preston and thinking 'I want to be involved in those games'. It goes back to the fans, I remember seeing the fans and just wanting to be involved and playing.

Now to be sitting here involved with the squad and the likes of Jimmy [McClean] and Shane Long and the experienced boys. Being a part of it now is amazing for me and my family...

There's a lot of younger lads in the squad and we want to make history. We want to do well and get to the Euros, that's what you dream about as a kid, these games like Thursday night to help your country get to the Euros.

Fingers crossed that we can do that. I believe that we can with the squad that we've got. It's going to be tough, but you're never going to get to the Euros an easy way. 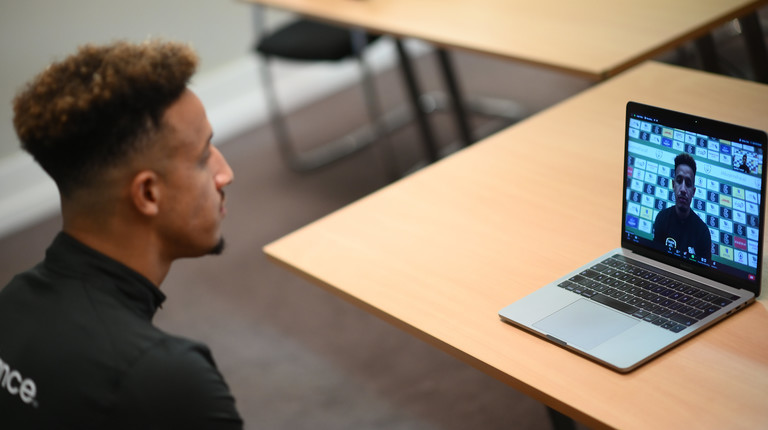 Thursday's night's game will offer somewhat of a different scenario to the one we saw against Denmark almost three years ago.

There will be no second leg, with the fixture in Bratislava a one off. That brings with it a different dynamic, with Stephen Kenny already admitting that his side will be adventurous in their approach.

It also makes the scenario of a penalty shootout far more likely. Speaking on that possibility, Robinson said he would be happy to take a spot-kick on the night if he were to be asked.

The gaffer has said about it already, that could be a big part of Thursday night. I assume over the next few days that we will be practicing penalties. That's a no-brainer really.

I'm easy to take a penalty. It doesn't bother me too much, obviously there's a little bit of pressure there, and definitely on Thursday night it would be a lot of pressure. I wouldn't be saying no to taking one, definitely not.

This is no surprise, especially when you consider the levels of confidence the forward must be feeling at the minute.

It has been a difficult start to the season for West Brom, but Robinson has been in impressive form. The highlight was a brace against Chelsea, with the 25-year old producing two excellent finishes early in the game to give his side the lead.

While they would lose that advantage after Robinson was substituted, he admitted he was delighted to score goals at a Premier League level and silence some of the doubters.

It's nice to score two at that level. I've scored a lot or goals in the Championship and I did score one for Sheffield United in the Premier League, but there's obviously a little bit of doubt about if I can score at that level.

I feel I can score and get assists at this level. It's now nice to be proving people wrong.

Hopefully he can carry that form into the game on Thursday night. 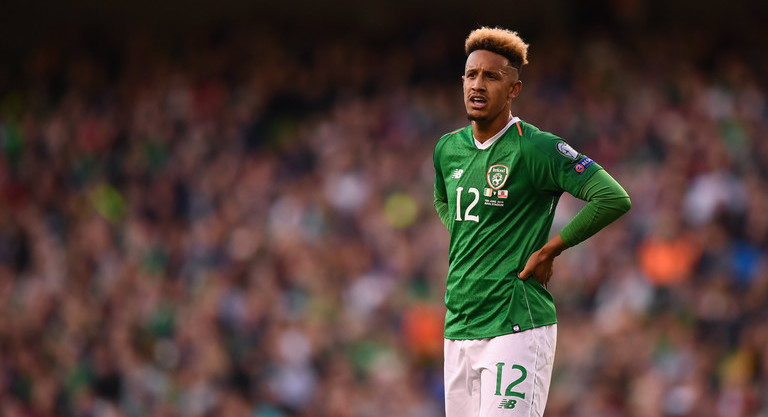 Football
3 months ago
By PJ Browne
Connolly And Robinson Ruled Out For Ireland Games
Football
4 months ago
By Gary Connaughton
Callum Robinson Reveals Offensive Messages He Received After First Ireland Call-Up
Football
5 months ago
By Gary Connaughton
Here's 7 Irish Premier League Questions That Could Be Answered This Season
Popular on Balls
GAA
16 hours ago
By PJ Browne
'I Have Pictures Of Stephen Cluxton All Around My House, It’s A Bit Weird!'
Rugby
17 hours ago
By Balls Team
Son Of Offaly Hurling Legend Set For Super Rugby Debut
The Rewind
15 hours ago
By Sean Meehan
Introducing The Vote For Ireland's Greatest Singalong Song
Rugby
13 hours ago
By Eoin Harrington
Rob Kearney Player Mic Gives Great Insight On Western Force Debut