One of the stories of the Premier League season so far has been high-flying Sheffield United and their superb style. Several Ireland internationals have been a key part of that.

When the Premier League asked Alan Shearer to pick his team of the season so far, he chose John Egan at centre-back. As well as Egan, Enda Stevens, David McGoldrick and Callum Robinson have all played their part. 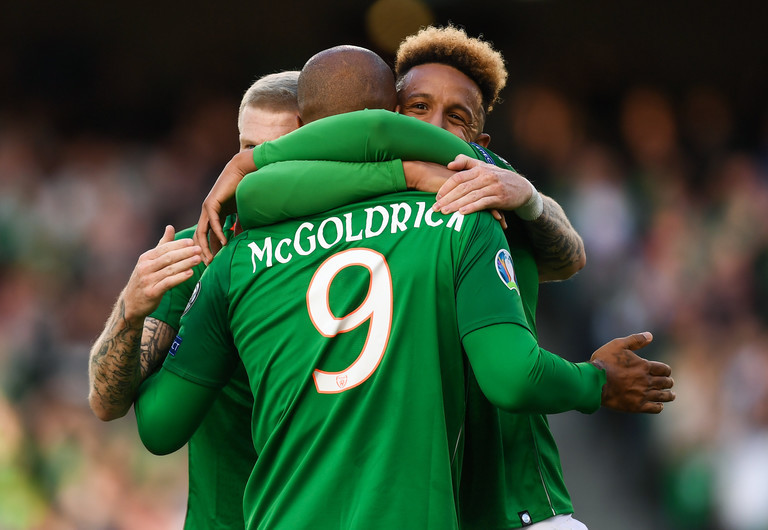 Robinson's efforts have been such that it had the club questioning if the technology tracking his ground-covered was correct. In a lengthy profile of the side by the Daily Mail, Matt Barlow revealed that after the West Ham game last month, Sheffield analysts were perplexed by the striker's score.

Robinson was disappointed to be taken off after an hour, but after the game his mileage stats were so good that the club's officials contacted West Ham to see if their GPS system was working properly. Chris Wilder later called Robinson to tell him and stress that his selfless running was key to the positive result.

Speaking at a press conference while on international duty last month, Robinson did actually explain how he has developed his work-rate and running game in the Premier League.

I have learned a lot and I would say it’s definitely my movement, going off other players, now playing with Didsy (McGoldrick) a lot and Ollie McBurnie and players like that.

Each game is different, so you can’t do the same type of movements every game, there are pockets that you have to go in to get on the half-turn, but them sometimes you might have to stretch them and get in behind, so only little bits.

He went on to stress timing is also important.

As for his fellow striker, Chris Wilder singled David McGoldrick out for praise midweek.

McGoldrick, has been brilliant on and off the pitch. If he was more clinical then I don't think Sheffield United would have got anywhere near him, because of the ability he's got.

I always think results will come if we are performing well and the performances when they're good, Didzy is at the heartbeat of those.

Currently fifth in the table, Sheffield United will hope to continue their form when they take on Manchester United on Sunday.