When Stephen Kenny names his team sheet these days, Gavin Bazunu is the stalwart first-choice goalkeeper, and for good reason.

The Manchester City loanee has provided some stellar performances in nets for the Republic of Ireland. His form has helped him to seven starts in Ireland's World Cup qualifiers.

In particular, Bazunu's man-of-the-match efforts to keep Serbia to one goal in September cemented him as not only a starter, but a key piece for Kenny going forward.

The Portsmouth club man was given the nod to start once again in Luxembourg this weekend, and his services were called upon with over twenty minutes into the game.

Luxembourg's Olivier Thill struck nicely from well outside the box, taking a deflection off Josh Cullen on the way. Bazunu somehow parried a hand at the ball in-flight.

From the first few camera angles shown, it proved to be a reactive save from Bazunu which could have found its way in.

However, another angle shows how the ball made its way through the Irish defense with Bazunu's vision blocked. He managed to cover almost half of the goal to put a hand to it.

Holy mother of god it's even better from this angle 🤯 #IRLLUXpic.twitter.com/QhoQOzFw18

It's a testament to Bazunu's presence in the Republic of Ireland goal. Many would have expected Ireland to concede more against the likes of Portugal and Serbia if not for his efforts.

Despite stiff competition from Liverpool man Caoimhín Kelleher, Bazunu is only looking more and more like a surefire starter at international level.

Pulling off saves like these doesn't go unnoticed, so it'll be interesting to see what happens after his loan spell at Portsmouth ends in May. 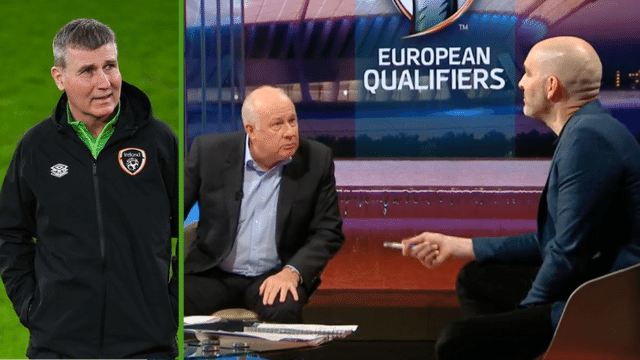