Ireland goalkeeper Caoimhín Kelleher has signed a new contract with Liverpool to commit his long-term future to the club.

The 22-year-old from Cork made five starts for the club last year, and now his future at Anfield is secure.

In an interview with the Liverpool club website, Kelleher suggested that he would like to spend the rest of his career at Anfield. The Corkman said:

I'd love to be here for the rest of my career, definitely. I think since I've come here, since I was 16, I've loved every minute of it. It's such a close, tight-knit kind of family club.

I love the city, I love everything about it. I'm just enjoying my football so much here, so like you say, long may it continue!

Being a Red is an honour for Caoimhin Kelleher 🏠❤️

The news will be music to the ears of Irish fans, as Kelleher seeks to firmly establish himself as a contender for the Liverpool #1 jersey. Brazilian keeper Alisson currently holds a tight grip on the starting spot, but Kelleher has started to put pressure on backup keeper Adrian.

But, if quotes from the Liverpool site are to be believed, Kelleher won't be content until it's Alisson that he has overthrown in the Liverpool goals.

It was a big year for me in terms of playing the first-team games this year and more important games; being thrown into the Champions League and Premier League games was big for my development and being able to handle that.

It's been a long time since there was an Irish player starting for one of the top clubs in England, so the prospect of Kelleher becoming a regular in goals for Liverpool is a truly exciting one for Irish fans.

The youngster made his Champions League debut last year against Ajax at Anfield, drawing praise for a vital save in the dying moments of the match.

BIG SAVE FROM KELLEHER! 🔴

Kelleher recently made his senior Irish debut, again impressing for Stephen Kenny's men in a goalless draw in Hungary. More chances are surely on the way if he can get more regular game time at Anfield.

There's an exciting crop of young Irish talent emerging, and the signs for the future are encouraging. Caoimhín Kelleher's new contract at Liverpool will only make Irish fans more excited for the coming years. 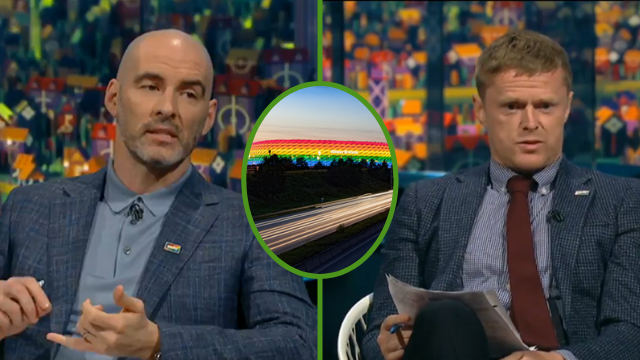