After showing some promise at various stages over the Mikel Arteta era, Arsenal look to have hit a new low.

Their loss at the weekend, against an admittedly strong Liverpool side, was one of the most abject performances we have seen in the Premier League this season. There was no attacking threat, no urgency on the ball, and little in terms of defensive stability.

Gary Neville certainly shares that opinion. He commentated on the game on Saturday, and appearing on Monday Night Football he said that Arsenal looked like a side who were not playing for their manager.

"I was really uncomfortable with what I saw... It looked like a little mafia"@GNev2 feels there is a group of players at Arsenal who do not want to be there 😳

I was really uncomfortable with what I saw. There have been a number of times over the last ten years where I have been doing Monday Night Football where my anger has grown over the days since the game.

I remember it happened with QPR in the early days of Monday Night Football, a team I really didn't like, it happened with Sunderland once when I thought 'something's not right there', a couple of Chelsea performances where they were turning on the manager.

We don't know what goes on behind the scenes, but I have to say there were a few of those players in that front part of the pitch, it looked like a little mafia.

It was like a little group of players who weren't comfortable, like there was a disconnect between them and the manager. Like the manager looked like he had enough of them, he had that glazed eye look.

It's instinct, but we've been around football long enough to know when a group of players are disinterested.

He believes the club will be worried about his performances having handed him a big money contract at the end of last season.

I think there will be a big worry at Arsenal and from Mikel Arteta that they may have another Mesut Ozil situation where they give someone a big contract, £350,000 per week. You've got to justify that.

Next season and in these coming months, that will be going through the manager's mind 'have we got another situation like that?'

What he's producing now is nowhere near good enough for how good of a player he is and how much Arsenal are investing in him.

If Mikel Arteta is to make anything of his time at Arsenal, it certainly looks as though a major clear out is needed. 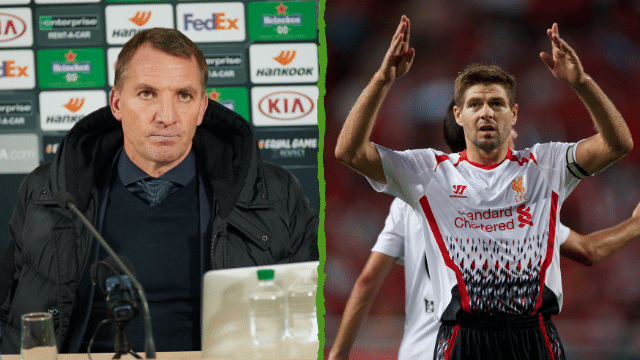 Football
1 week ago
By Eoin Harrington
Why This Will Be The Most Interesting Arsenal v Liverpool Game In Years
Football
1 month ago
By Emmet Bradshaw
Moment Of Madness From Xhaka Leads To Farcical Burnley Goal
Football
1 month ago
By Jonathan Byrne
It's 10 Years Since Carr And Birmingham Pulled Off The Unthinkable
Popular on Balls
Football
9 hours ago
By Gary Connaughton
Watch: Ireland's Ademipo Odubeko Scores Stunning Hat-Trick For West Ham U23s