Jamie Carragher is blaming Manchester United's lack of firepower for their draw with Chelsea at the weekend. The former Liverpool player praised United's "tactically brave performance" but ultimately said they had "a lack of quality up front."

Manchester United haven't been starved of goals this season. Midfield maestro Bruno Fernandes is the league's second top scorer with fifteen, only behind Mo Salah.

Their 9-0 win against Southampton is another proving point for Ole Gunnar Solskjaer's side. However, 0-0 draws with Chelsea, Liverpool and Arsenal in 2021 have raised some questions.

🗣"If someone like Mourinho had those results we were critical, when they didn't have the ball it was a back 6, I thought this was one of the bravest they had been without the ball"@Carra23 compares Jose Mourinho's Manchester United drawing with the big 6 teams and Solskjaer's pic.twitter.com/mpMfGSx0pR

(Ole) is a guy who has played for Manchester United in those attacking teams over the years. But right now, I think Manchester United have a quality issue. When the ball actually goes up to the front players, is there enough quality there?

It's a polarizing point for Carragher to make, as United statistically have scored the most goals in the Premier League this season. Marcus Rashford has netted nine teams for the team this year, and Edinson Cavani has six goals to his name as he comes in and out of the starting eleven.

People talk about United needing a right winger, and they do, but they need a centre forward more. If United had Rashford on the left, a new centre-forward, and Greenwood supplementing a new right winger, that would address the lack of quality.

Mark Hughes, former Manchester United Striker, was also part of the Monday Night Football panel and echoed Carragher's sentiments. Hughes said Cavani is still an asset to the team, but they need a prime striker like Cavani in his hey day.

They need someone in like Edinson Cavani five years ago, when he was in his pomp. United probably got Cavani at the wrong time but he's still an outstanding centre-forward; when he plays in this team, he gives them more focus, more confidence going into his feet.

Who's the type of player they should be targeting? Carragher and Hughes agree it should be players like Tottenham's Harry Kane, or Dortmund's young starlet Erling Haaland.

You look at the options. In this country it's Harry Kane, or Erling Haaland who is coming through. You wonder whether they are players Manchester United should be targeting. 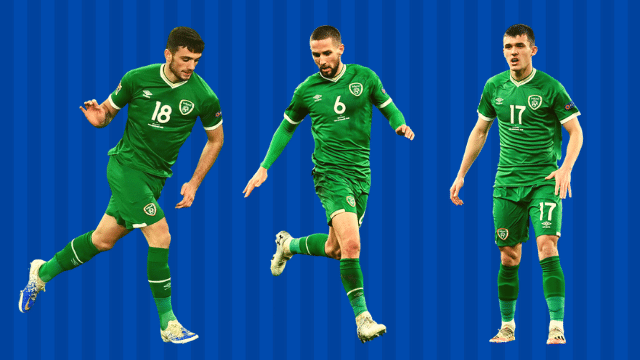 Football
50 minutes ago
By Jonathan Byrne
Chelsea Boss Questions Timeframe Of Women's FA Cup Final
Football
3 hours ago
By Jonathan Byrne
Jack Byrne Reveals Man City Player Who Was Toughest To Train Against
Football
3 hours ago
By Jonathan Browne
Bayern Munich Vs Barcelona To Be Played Behind Closed Doors
Popular on Balls
Football
3 days ago
By Colman Stanley
Alex Ferguson Names His Greatest Captain, And It's Not His Most Successful Captain
Rugby
3 days ago
By PJ Browne
Trevor Brennan's Sons Played In The Same Top 14 Game At The Weekend
Football
1 day ago
By Gary Connaughton
Frank Lampard Reveals Ruthless Nature Of His Sacking At Chelsea
The Rewind
2 days ago
By Colman Stanley
New On Netflix Ireland: Your Guide To December's New Additions