Back To '98: A Cautionary Tale For Celtic Ahead Of Bid For Ten-In-A-Row

Atypical as it was - absent of confetti and champagne and a beery night in Glasgow - Celtic fans needed no cajoling and rightfully bathed in glory. Nine-in-a-row. Equalling the record. No bizarre climax amidst a pandemic that has shutdown the world was going to obstruct the celebrations, especially against the backdrop of Rangers' first win at Celtic Park in nine years.

But even the most level-headed of Parkhead's faithful will have struggled to pry their glance away from the magic 10, a feat yet to be attained in the league's 130-year history, and a number that has been at the forefront of minds for well over a season at this stage. Getting to the place Rangers just missed out on is the figurative Promised Land.

It would nevertheless be remiss of all concerned to disregard the blue side of Glasgow's ability to dethrone the Celtic juggernaut at the final hurdle. After all, it was only 22 years ago when the side from East Glasgow deprived Rangers of the very same feat, keeping Ibrox hopes alive until the final day of the season.

Lifting the title at Celtic Park in 1998 was sweeter than any of the nine over the last decade and, thus, Rangers will surely attempt to feed into the Celtic mindset that spoiled their own party in one of the most memorable Scottish seasons to date.

If Rangers of the 90s can be toppled, so, too, can the modern-day Hoops - a cautionary tale to send rising presumptions crashing back to Earth.

Those few months between 1997 and 1998 will continue to be a tangible memory over the coming months and as Rangers attempt to derail their rivals' decade of dominance, they can rather ironically take confidence from their rivals achievements in 1998.

So, how exactly did Celtic do it?

Let's set the scene. Despite being only a few months away from their first title in a decade, 1997 was a tumultuous time in Celtic's history, the arrival of the unproven Wim Hansen hastened by a falling out between his predecessor, Tommy Burns, and the club's hierarchy.

But these were also the early days of Henrik Larsson, the shrewd and coltish Swede in dreadlocks and a precursor to the smooth-shaven King of Kings, a figure who would quickly assume cult status at Parkhead. This offered hope that things could change, though not all expected that turnaround in fortunes to be quite so brisk. The few vestiges of hope Celtic were clinging on to ahead of Rangers' historic tilt at another title seemed misplaced during the club's torrid start to the season as the side drunkenly staggered through their opening fixtures, Derby Day in November quickly beginning to resemble Doomsday.

The eventually found their rhythm but, only within this Old Firm bubble is the gauge that illustrates title credentials. If Rangers' hegemony was to come to an end, some evidence would have been expected from the first derby of the season. Alas, there was little proof of any challenge coming from further up the Clyde.

It was a typical 1-0 thrashing, Celtic relieved to have lost only by the minimum.

Richard Gough, returning from a stint in the MLS to allay injury issues at Ibrox, scored the game's only goal before celebrating by raising ten fingers towards the stands. In doing so, he had fanned the flames and, as is its wont, the Old Firm Derby hadn't so much breathed life into the league as took a red hot branding iron to it.

The return fixture just over a week later finished a draw, but, in contrast, it was a heartening psychological victory for Celtic after Alan Stubbs snatched a point at the death, heading home in front of the usual fraught atmosphere.

Rangers still remained favourites for the title as Christmas came into focus, the recent Italian signing, Marco Negri, accruing Ibrox legendary status within a few short months of his arrival during the summer. By the time he was sitting down to dig into his 'Natale' brunch, he had already plundered 33 goals. If Celtic were going to win their first title since 1988, it was clear that they needed a sort of supernatural force that would quell the influence of a man brought in specifically to push for the ten-in-a-row.

Celtic got their Christmas miracle.

With that, Rangers' worst fears were realised.

In a game of squash with his teammate Sergio Porrini, Negri sustained a freak eye injury, and would score only once more before the end of a season blighted by a series of injuries. Allied with an Old Firm victory during the New Year period, Celtic had acquired essential momentum and the blue juggernaut was beginning to tremble. 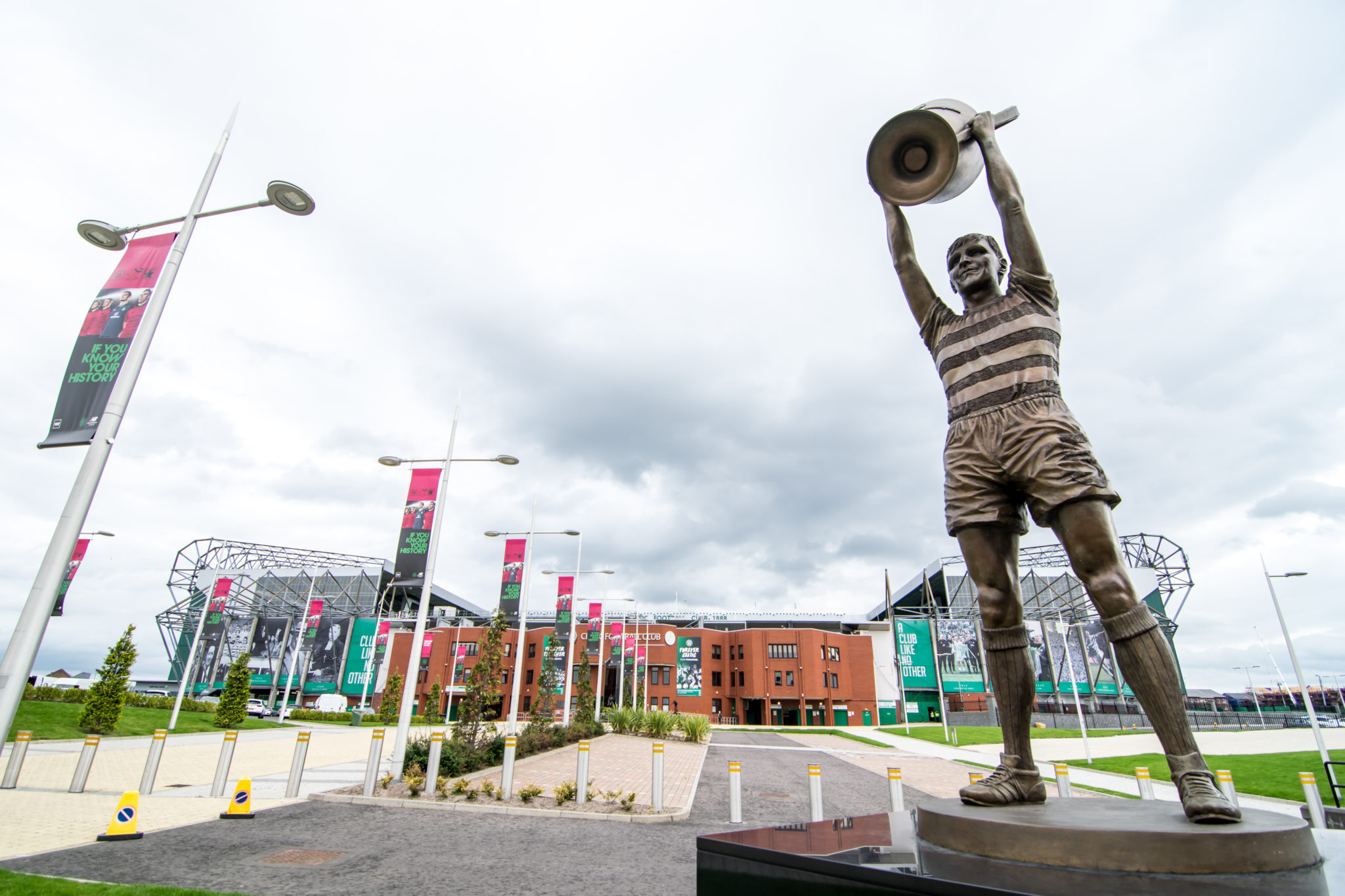 Rangers subsequently sold Paul Gascoigne to Middlesborough, while Paul Lambert began to find solid form after a brief excursion in Germany with Borussia Dortmund. As if fuelled by a Tony D'Amato soliloquy, Celtic accumulated inches, the cards fell right and, gradually, Jansen was being embraced by the fans who had been nonplussed by his predecessor's hasty exit.

Even though Hearts also entered the mix, both Celtic and Rangers were staring down the barrel of the other's guns and by the time it came to May it was a two-horse race - as expected.

A slip-up by Celtic on the penultimate day of the season, as the relationship between Jansen and the club's hierarchy grew testy, forced a final day showdown with Celtic needing a win over St Johnstone while Rangers headed to Dundee, leaving 30,000 of their fans cramming into Ibrox to watch the game.

'Cheerio 10 in a row' had become a permanent slot in the playlist in Celtic Park's stand but they had kept the door ajar for Rangers right through the season, leaving a 'pie-in-the-face' moment a distinct possibility all along.

It didn't come to pass.

The season nevertheless offers lesson for both clubs ahead of next season: for the hunger of avoiding a generation in purgatory was greater than immortality in paradise 22 years ago, a prospect Rangers will cling to as they bid to claim their first title since 2011 and, more importantly, inflict a deadly dose of retribution on their foes.

Overconfidence and presumptions can prove to be a lethal cocktail for high-flying record chasers. Rangers can attest to that.

SEE ALSO: The Celtic Boys Of Seville 2003 - And Where Are They Now?