After a surprise call-up to the Republic of Ireland senior squad last month, Luca Connell has become a target for a number of clubs including Celtic.

The 18-year-old is currently plying his trade with controversy-stricken Bolton Wanderers, who were relegated to League One after a year of poor performances on the pitch and financial uncertainty off it.

While Premier League sides Wolves, Sheffield United and Norwich are all believed to be interested in Connell, they would all have to pay a compensation fee to Bolton to avail of his services.

Meanwhile, the Scottish Sun are claiming Celtic are interested in the Irish prospect and, considering they would only have to pay a cross-border tribunal fee, they may be able to beat the Premier League outfits to the midfielder's signature. 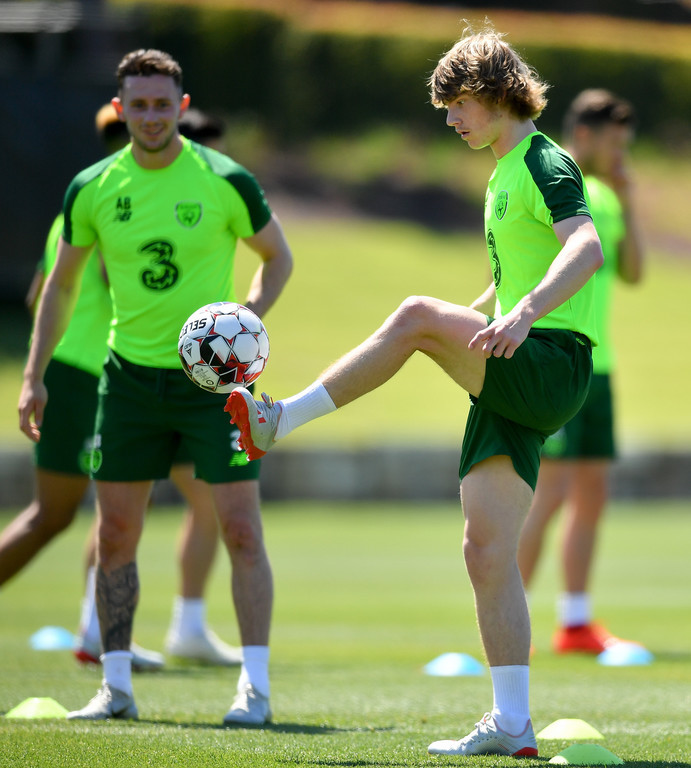 However, the Scottish champions may face competition from cross-border rivals Rangers who are also believed to be interested in the youngster.

Connell has unfortunately been ruled out of the Republic of Ireland's upcoming qualifiers against Gibraltar and Denmark through injury. Earlier this week, Mick McCarthy confirmed the teenager had sustained a thigh strain while training with the national side in Portugal.

Nevertheless, the Irish boss claimed the youngster had made a good impression when speaking to RTÉ Sport.

He was excellent. He has a lovely personality about him. He stood up in training and stood out. I think everybody was impressed with him.

He's just after saying good-bye to all the lads and each and every one have given him a hug. Everybody took to him as a person and as a player. It's sad for him to be going as it was a good opportunity for him.

SEE ALSO: Glenn Whelan Has Been Released By Aston Villa

Football
1 week ago
By Sean Meehan
After Both Losing Brothers, Rangers Legend Says Bond With Henrik Larsson 'Means More Than Goals'
Previous Next