Here's Who Dundalk, Celtic and Linfield Can Get In The Champions League Draw

Dundalk and Celtic will learn their opponents for the first round of Champions League qualification on Tuesday, with a possible all-Irish clash between the Lilywhites and Linfield on the cards.

Vinny Perth's men are back in the competition after missing out on qualification last year and they will be looking to replicate their heroics from 2016, which saw them reach the final playoff round after beating Icelandic side Fimleikafélag Hafnarfjarðar and then Belarussian champions BATE Borisov.

Though they were eventually bested by Legia Warsaw, Dundalk were still rewarded with a place in the group stages of that year's Europa League.

The Lilywhites will be seeded for Tuesday's draw and have already been placed in group three for the purposes of the draw, meaning they will face one of Linfield (Northern Ireland), Piast Gliwice (Poland), Valur (Iceland), HB Tórshavn (Faroe Islands), Riga FC (Latvia) or the winner of the preliminary round (one of Kosovan side Feronikeli, Lincoln Red Imps of Gibraltar, Tre Penne of San Marino or Andorran club FC Santa Coloma). 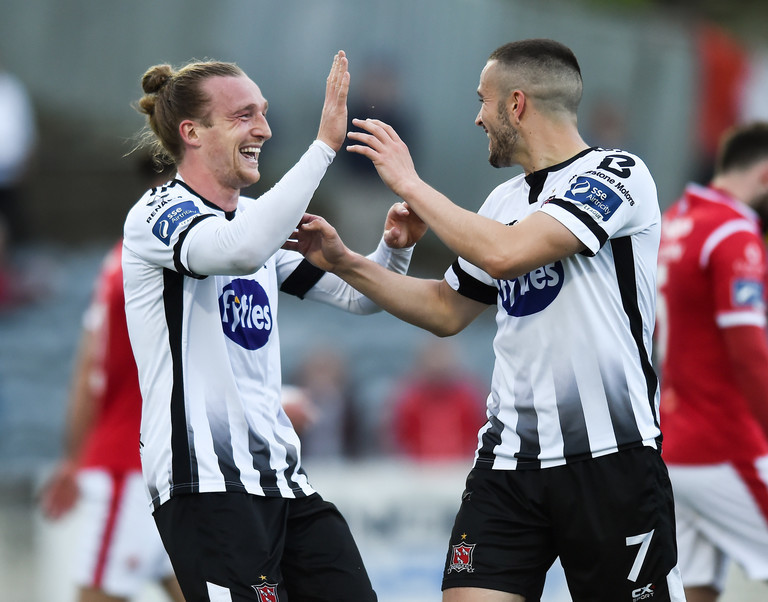 If they do not draw Dundalk, Northern Irish champions Linfield will take on one of BATE Borisov (Belarus), Maribor (Slovenia), Rosenborg (Norway), HJK (Finland) or The New Saints (Wales).

Meanwhile, Scottish champions Celtic have been placed in group two for the draw, leaving them to face one of Valletta (Malta), Sarajevo (Bosnia and Herzegovina), Sutjeska Nikšić (Montenegro), Partizani (Albania) or Saburtalo Tbilisi (Georgia) in next month's first round.

The draw will be made at 1.30pm Irish time on Tuesday in Nyon, Switzerland with the ties kicking off in three week's time. The first legs will be played on either July 9 or 10, with the return fixtures a week later on July 16 or 17.

The draw for the second round of qualifying will also be made on Tuesday, giving Dundalk, Celtic and Linfield an extra incentive as they will know who awaits them in the next round.

But it won't be easy to reach the group stages of this year's Champions League. Even if they advance past the second round, they will still have to negotiate the third qualification round and then the playoff round to reach the full competition.

Meanwhile, the losers of the first round of qualifying next month will drop down into the second qualifying round of the Europa League.

Read More: These 34 Magical Photos From USA 94 Make Us Feel Proud To Be Irish