The news that Eddie Howe has been approached to be the next Celtic boss has been met with a mixed reception by the club's supporters.

While once one of the brightest young managers in English football, his stock has dropped a bit over the last couple of years after failing to bring Bournemouth to the next level. It is difficult to blame Howe for that considering he was the one that led them to the Premier League in the first place, but his failings in the transfer market certainly played a part.

He also has no experience in Scottish football, something that has had mixed results for the club in the past.

We have looked back at the previous Celtic managers who came on board in similar circumstances. Here's how each of them fared.

Prior to Liam Brady's appointment as manager in 1991, Celtic had a long history of recruiting from within the club. In fact, the Irishman was the first Celtic manager that hadn't also played for the club, a record that went all the way back to 1897.

It's fair to say it wasn't the best decision to bring him onboard. Tasked with halting what was becoming an increasingly dominant Rangers in his first job in management, Brady would leave Glasgow just over two years later having experienced little success.

An embarrassing 5-0 UEFA Cup loss early in his debut season to Swiss side Neutchatel Xamax, a result that was deemed Celtic's worst ever in Europe, put the Irishman under immediate pressure, with the club going on to finish third in the league during a trophyless campaign.

That is something that would be repeated the following year, with the gap between Celtic and Rangers growing ever wider. He also received of flack for his lack of success in the transfer market, with the likes of Tony Cascarino, Frank McAvennie and Gary Gillespie all proving to be flops.

Brady would be sacked a few months into his third season after a run of two wins in ten games.

Celtic's league drought was about to enter its tenth season when the club opted to appoint Dutchman Wim Jansen in the summer of 1997, arriving in Glasgow as the club's first non British or Irish manager.

A part of the famed Dutch side of 1970s as a player, he was a rather unheralded appointment at the time having most recently managed in Saudi Arabia and Japan.

While Jansen wold only spend one season at Celtic, he had a major impact. He helped to halt Rangers' quest for a tenth consecutive league title, also claiming a Scottish League Cup along the way. He was also the man to bring Henrik Larsson to Parkhead, signign him from former club Feyenoord.

However, he would leave Celtic after a falling out with general manager Jock Brown.

Wim Jansen carried high by the Celtic players after clinching the title, it turned out to be Wim’s last match in charge but we are grateful for his time here and he’s guaranteed legendary status at Celtic park pic.twitter.com/THL8SM9vwO

Perhaps buoyed by Jansen's success in Glasgow, Celtic would opt for another left field appointment in the summer of 1998. They recruited Jozef Venglos, a Slovakia native who had over 30 years of managerial experience, mostly in Eastern Europe.

Venglos had experienced plenty of success in international football, leading Czechoslovakia to a 1976 European Championship victory. His only previous experience came during a brief spell in charge of Aston Villa in the early 90s.

His sole season at Celtic was hardly a success. Having managed to wrestle the league title back from Rangers in the previous campaign, their season got off to a disastrous start when they would win only three of their first ten league games.

Celtic would also fail to reach the Champions League groups stage that season, exiting the UEFA Cup at the hands of Zurich a few months later.

Venglos was under huge media scrutiny right from his appointment, but it really came to a head after Celtic were pipped to both the league title and Scottish Cup by Rangers. He opted to resign at the end of the campaign, remaining at the club in a newly created mysterious 'European Technical Advisor' role.

Widely panned as the worst managerial appointment in Celtic's history, John Barnes was brought to the club to work alongside Kenny Dalglish who took up a director of football role.

It was expected that Dalglish would act as mentor for Barnes, with this being the former England winger's first coaching job. Despite a relatively promising start in the opening few games of the 1999/00 season, it quickly became apparent that he was way out of his depth.

He attempted to make major changes to the team's playing style, including implementing a controversial 4-2-2 formation. It was one that failed to accommodate fan favourite Craig Burley, who would go on to be sold a few months into the season.

Celtic's crashed out of Europe at the hands of Lyon, and while they would keep just about within touching distance of Rangers in the title race for the first half of the campaign, their season soon descended into disaster.

Defeats to Hearts and Kilmarnock immediately followed the winter break, after which they crashed out of the Scottish Cup at the hands of second-tier side Inverness Caledonian Thistle, with it widely being reported that the manager had lost the support of the dressing room. Barnes would be sacked the following day. 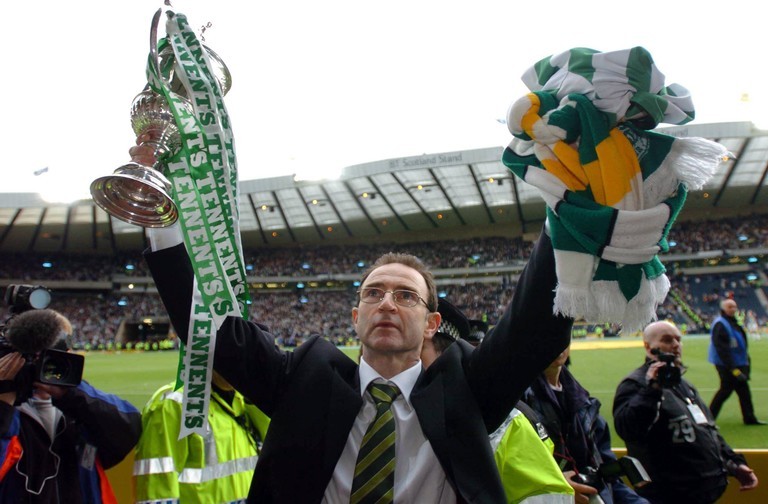 After a number of largely disappointing campaigns, Martin O'Neill was the man who really established Celtic on the domestic and continental scene once again after his arrival in the summer of 2000.

He arrived in Glasgow on the back of a very impressive spell at Leicester City, leading the club to Premier League promotion and two League Cup triumphs.

His success at Celtic has been well documented, with O'Neill leading the club to three league titles in four seasons, as well as three Scottish Cups and a League Cup.

His performances in Europe drew a huge amount of praise, with a run to the 2003 UEFA Cup final the standout. By the time he left in 2005 he was the Celtic's most successful manager since Jock Stein, with his 75% win rate the highest in the club's history.

Ronny Deila has a strange legacy at Celtic. He spent two seasons at the club after arriving in the summer of 2014, winning two league titles and a League Cup. It's also fair to say he is not all that highly regarded by the supporters.

He arrived in Glasgow as an unknown quantity, having only previously managed in the Norwegian league. Celtic failed to ever really glisten under their new boss, even if they were still the best team in an uncompetitive league.

It was Celtic's performances in Europe that proved to be Deila's undoing. Defeats to the likes of Legia Warsaw (a result that would be reversed due to the fielding on an ineligible player), Maribor, Malmo, and Molde over his two seasons in charge meant the supporters' patience quickly wore thin.

His contract was not renewed at the end of that campaign. 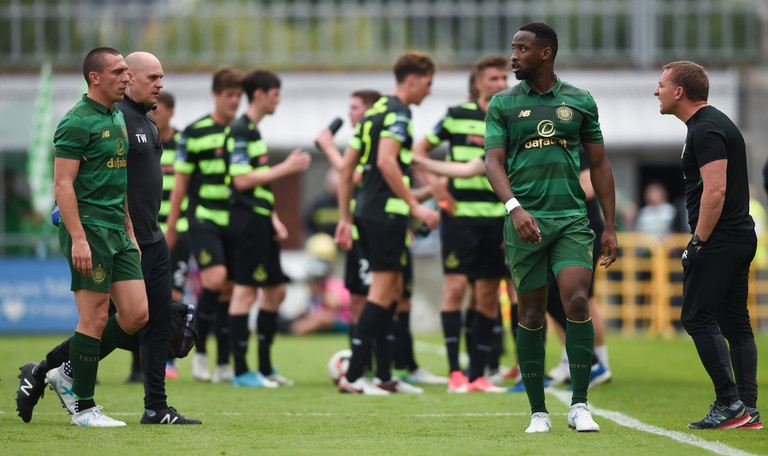 Brendan Rodgers was a major coup for Celtic in the summer of 2016, even if mixed form over his last 15 months at Liverpool meant his stock had dropped quite a bit in comparison to what it once was.

His time at Celtic was incredible on the domestic front, leading the club to two consecutive trebles and setting them on course for a third before leaving midway through the 2018/19 season.

The club were well established as the dominant force in Scotland by this point and looked highly unlikely to be caught by Rangers anytime soon.

Celtic would also make a long overdue return to the Champions League groups stages, reaching that stage of the competition in each of Rodgers' first two seasons in charge. They would fail to advance on either occasion, however.

Despite this, Rodgers will go down as one of the most successful Celtic managers of the modern era.

Celtic have had mixed success with recruiting managers with no previous experience of Scottish football.

However, those who have previously managed in England (O'Neill and Rodgers), are two of Celtic's most successful managers. While Eddie Howe never hit the heights of that pair south of the border, it could be a good omen should he get the job.

SEE ALSO: McTominay Almost Missed Out On Messi's Shirt Due To Case Of Mistaken Identity 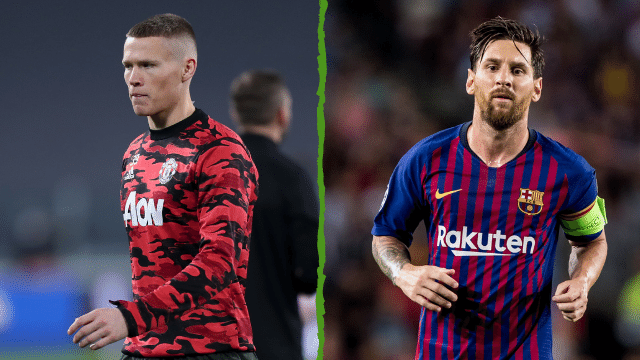