L'Equipe Hammer Celtic In Player Ratings After Embarrassment Against PSG

Celtic suffered their biggest ever defeat in a home European game on Tuesday when they fell 5-0 to Neymar, Kylian Mbappe and Co. at Parkhead.

Beyond the scoreline, there was also embarrassment for Celtic on the pitch - and surely a fine to come - as a fan ran onto the turf and attempted to kick Kylian Mbappe shortly after Edinson Cavani had put his side up 3-0 late in the first half. In a moment which typified Celtic's evening, the fan swung a leg at the young PSG forward and missed.

In their player ratings for the game, French newspaper L'Equipe - as is their style - were severe in their assessment of the Scottish team.

The joint highest Celtic ratings of the game are fours for both Scott Sinclair and Patrick Roberts.

18-year-old right-back Tony Ralston, who was making his Champions League debut, got the joint lowest mark of the game, a two. Ralston had the unenviable task of attempting to quell the threat of Neymar. The Brazilian scored the opening goal and set up the second for Mbappe. Midfielder Stuart Armstrong also received a two. 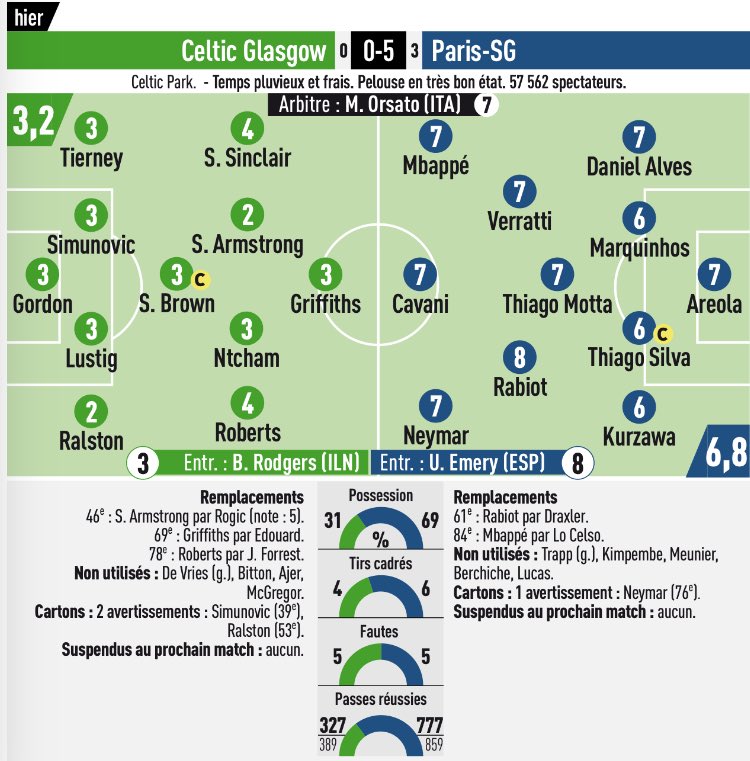 Football
3 weeks ago
By Gary Connaughton
Valencia, 2001: Remembering When Celtic Were As Good As Any Team In Europe
3

Football
1 month ago
By Gary Connaughton
Report: Lee O'Connor Set To Join English Club On Loan For Rest Of Season
Previous Next