Celtic Lets Supporters Down With Removal Of Palestinian Flag Display

It's not shocking to learn this, but nearly every day these days, this truth smashes you on the head. The latest example comes from Glasgow. Celtic play their final home game of the seemingly-interminable 2020-21 season tonight against St Johnstone. It's Scott Brown's last league game as Celtic captain at Parkhead. You can imagine the atmosphere if supporters could attend. And you can be sure there'd also be scores of Palestinian flags flying around the terraces tonight, given what Israel is up to at the moment.

Celtic supporters - namely the Green Brigade - have been outspoken in their solidarity with the Palestinian people down through the decades.  Celtic supporters had arranged for a   declaration of support for Palestine this evening in the North Curve at Celtic Park.

The North Curve is flying the flag for Palestine at tonight's Celtic game pic.twitter.com/Rxmv0Jqo7J

However Celtic issued a statement this afternoon confirming the flags had been taken down.

The Celtic board and the Celtic fans have never been further apart.

The ethos and fundamentals this club was built on have been eroded away by the board. pic.twitter.com/gth64LwqCP

We had invited supporters to pay tribute to our Club captain, Scott Brown, by giving them the opportunity to display their own banners in the stadium.

Unfortunately a small group, which was given access in good faith, has attempted to exploit this opportunity, taken advantage of an occasion intended for our Club captain, Scott Brown, and used it for a different purpose.

Clearly this is unacceptable and the display was immediately taken down by the Club.

This is an own goal by the Celtic board. Firstly and most importantly, supporters are on the right side of history with this gesture. At least 53 Palestinians - including 14 children - have been killed in this most recent violence in Gaza. Beyond that, support of Palestine is an emotive and long-standing cause for many Celtic supporters. How did the club expect the removal of flags to go down?

Celtic have removed the Palestine flags from the standing section. As if the disconnect between Celtic and the fans could have been any worse. The Celtic fans stand with Palestine, even if the club don't. pic.twitter.com/BPRVg9WrA2

We've heard a lot of lip service from football clubs about how much they value the passion of their supporters in recent weeks. They value it until fans express views that extend beyond a 90 minute football match. Tonight should have been a triumphant goodbye for a Celtic legend after a miserable season and a chance for Celtic supporters to stand with Palestinians. Instead, the disconnect between Celtic's executives and supporters has only grown.

SEE ALSO: The Best And Worst British Media Coverage Of The Ballymurphy Verdict 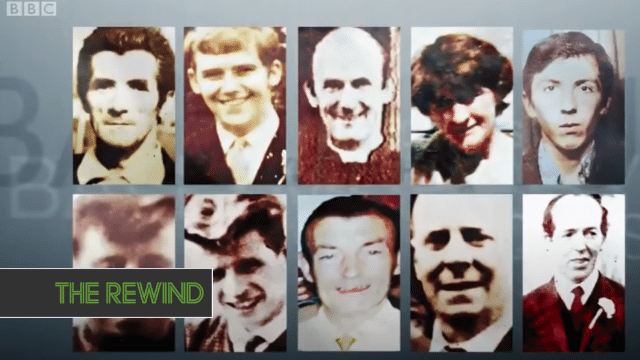 Football
1 day ago
By PJ Browne
'There Was A Lot More Than Shane Duffy Wrong At Celtic'
Football
3 days ago
By Gary Connaughton
Leigh Griffiths Charged By Police After St Johnstone Smoke Bomb Incident
Football
5 days ago
By Andrew Dempsey
Shay Given Reveals 'Horrendous' Contract Offer That Forced His Celtic Departure
Popular on Balls
GAA
20 hours ago
By PJ Browne
In Pictures: 14 Of The Best Shots From The Weekend's Club GAA Action
GAA
22 hours ago
By PJ Browne
Tommy Conroy Gives Man Of The Match Performance In 12-Point Defeat
Football
20 hours ago
By Gary Connaughton
Graeme Souness & Gary Neville Have Heated Debate Over Cause Of Spurs' Issues
31