The Permutations For The Final Champions League Group Matchday

Though matchday five was a bit of a letdown, it's fair to say this has been one of the most electrifying Champions League group stages we can remember. There have been storylines every single week and, amazingly, we're rapidly approaching the last set of fixtures in the group stage.

With 11 of the slots in the last 16 have been filled, several of the groups already neatly wrapped up. Here's a run down of who's through to the knockout rounds, and who's still in with a fighting chance in the Champions League. 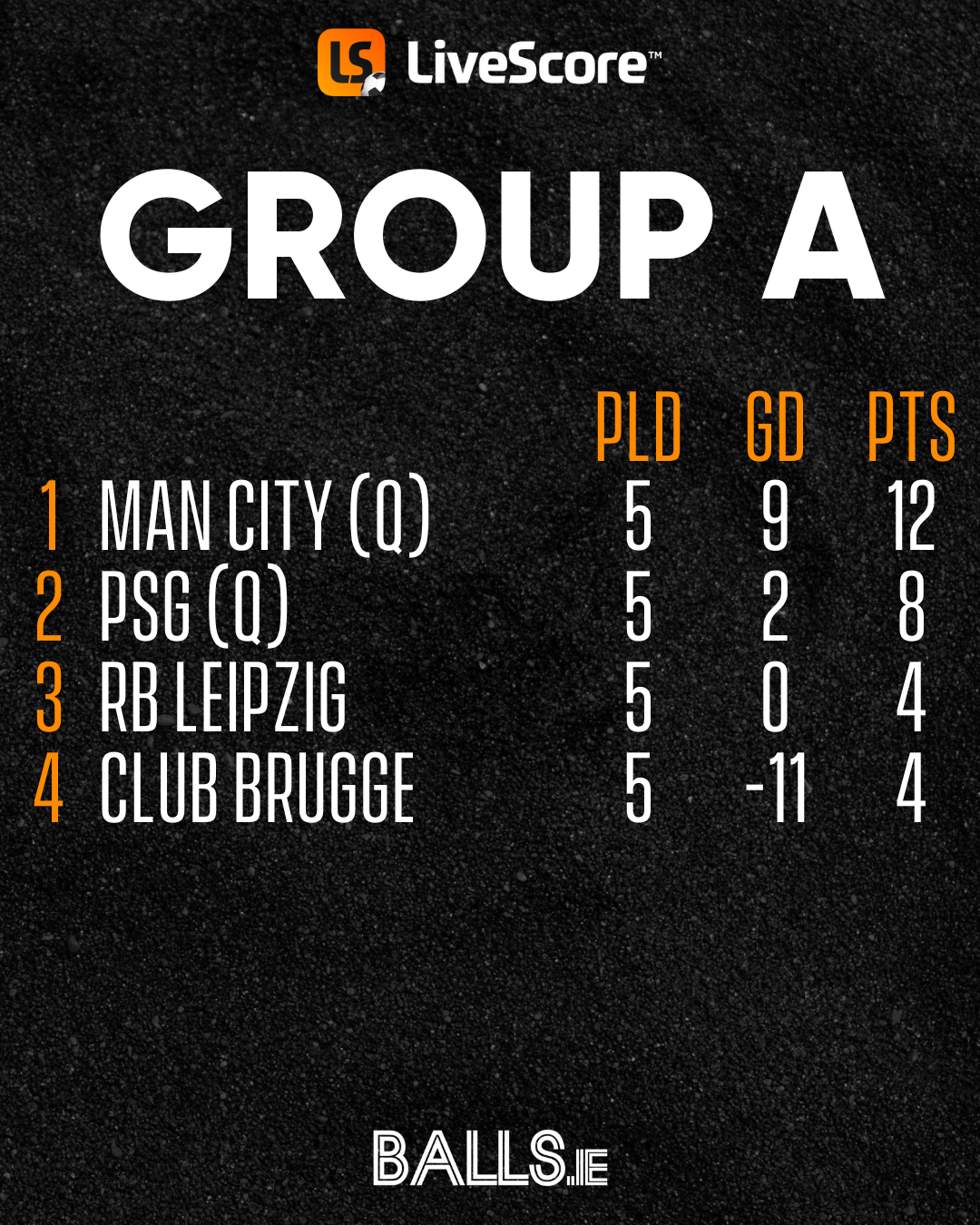 Group A looked like one of the most tantalising at the outset of the group-stages, with the last two defeated finalists, Man City and PSG, vying alongside German heavyweights RB Leipzig for two qualification spots.

As it turns out, it's one of only two groups with the finishing order of the top two set in stone ahead of the final matchday. Man City's comeback win over the Parisians on Wednesday night means they are guaranteed to top the group, with PSG also through to the last 16.

RB Leipzig thumped Brugge 5-0 on Wednesday, but will still need to match their result on the last gameweek to seal Europa League football. 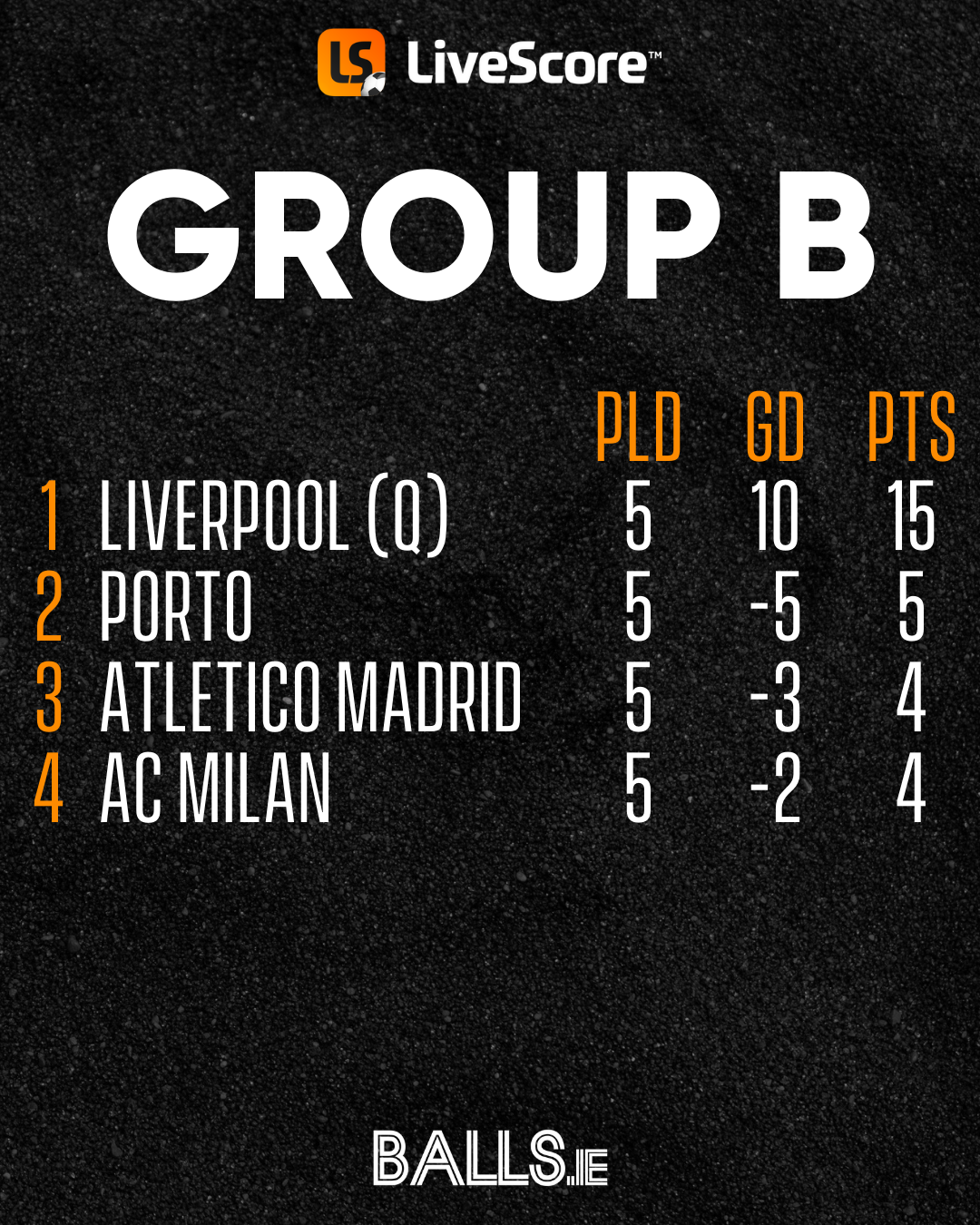 Liverpool have had a surprisingly easy run of it in group B, and were already guaranteed to top the table even before their matchday five win over Porto.

Behind them, however, it's anyone's game to finish runners-up. Given Milan host all-conquering Liverpool on the final day, you'd think the second team to advance will come from the clash between Porto and Atletico Madrid.

A win for Porto guarantees them a spot in the knockout rounds. 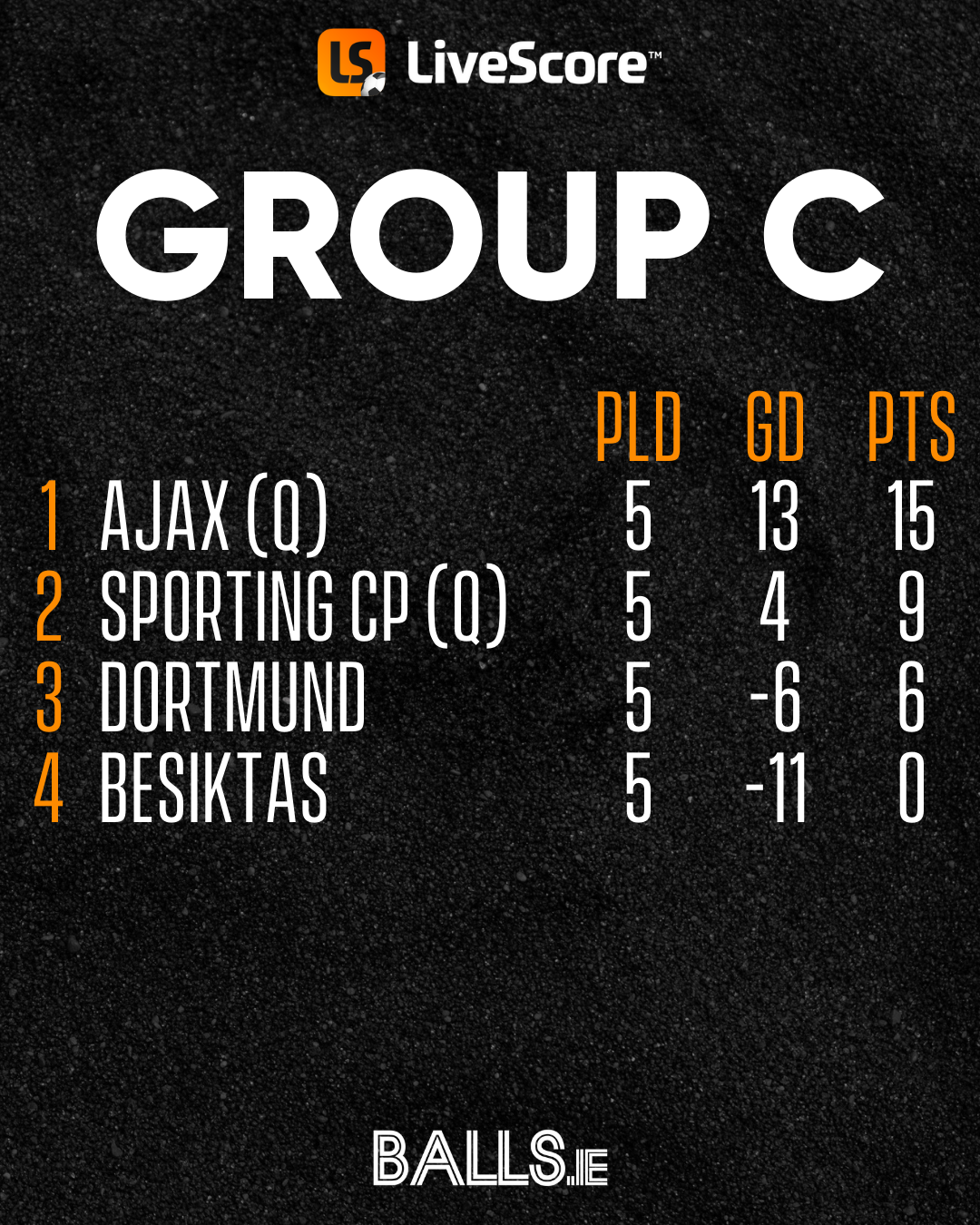 It all started so well for Borussia Dortmund, with two wins from their first two games - but following that with three successive losses has left them looking at a spring spell in the Europa League.

Like Liverpool, Ajax have passed through with a 100% record thus far and are guaranteed top spot, while Sporting can no longer be toppled by Dortmund due to their superior head-to-head record. Sporting are set for only their second ever Champions League knockout appearance. 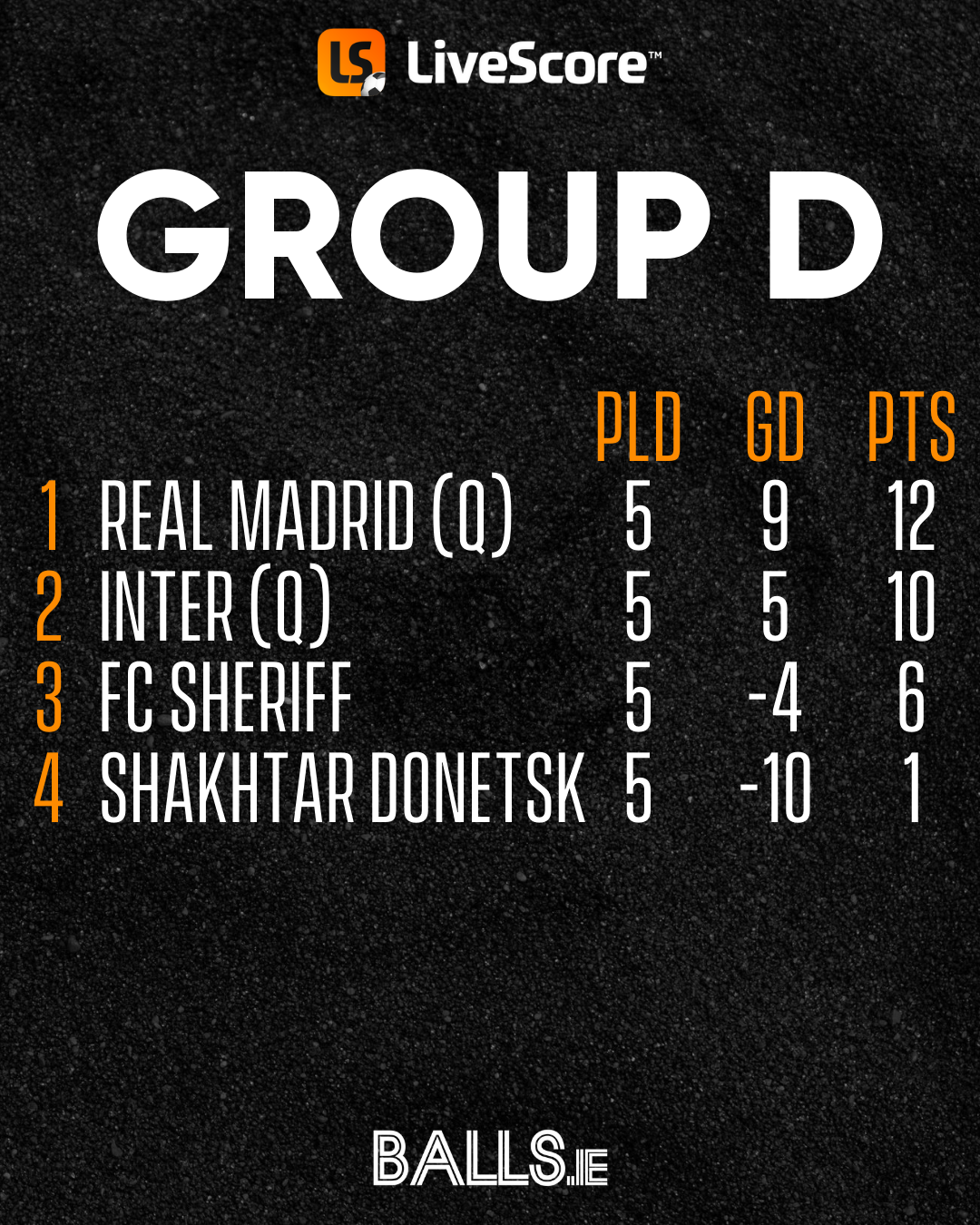 Despite their early scare against Sheriff, Real Madrid can seal top spot in group D by beating Inter on the final matchday. Both sides are guaranteed to progress to the last 16, with just top spot to play for.

Having embarked on their first ever Champions League campaign this season, Sheriff can surely leave happy with a win at the Bernabeu and progression to the Europa League last 16 guaranteed. 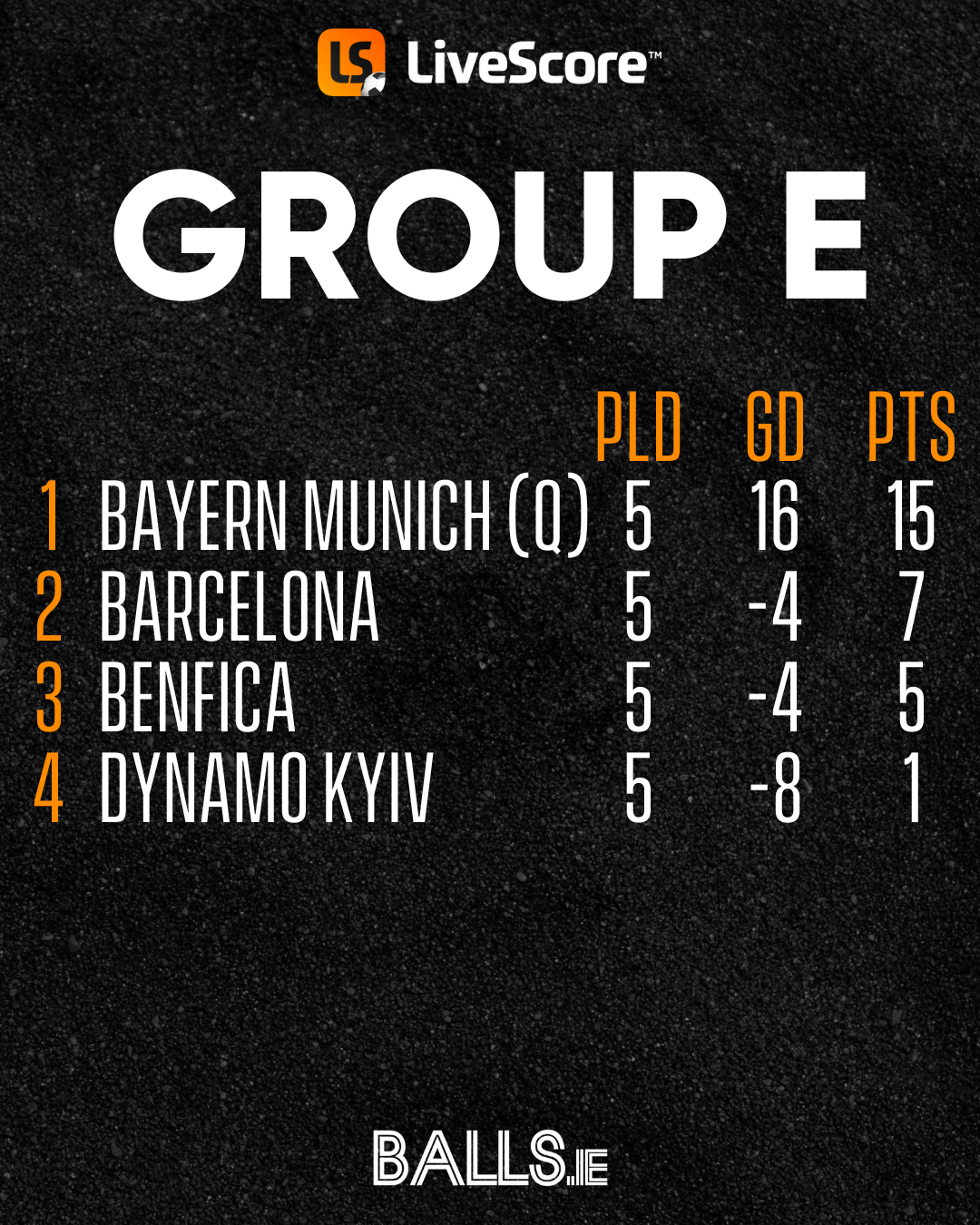 Barcelona look to be in a bit of trouble in group E. For new manager Xavi, it must feel like taking the helm of the Titanic after it had already hit the iceberg - they need to win away to the dominant Bayern Munich on the final day to have their fate in their own hands.

Even if they draw, Benfica will still beat them to the knockout stage if they beat Dynamo Kyiv, given the head-to-head record between Benfica and Barca.

Bayern have been the team of the tournament so far and, given they won 3-0 at the Camp Nou on the opening day, it's looking grim for Barcelona. 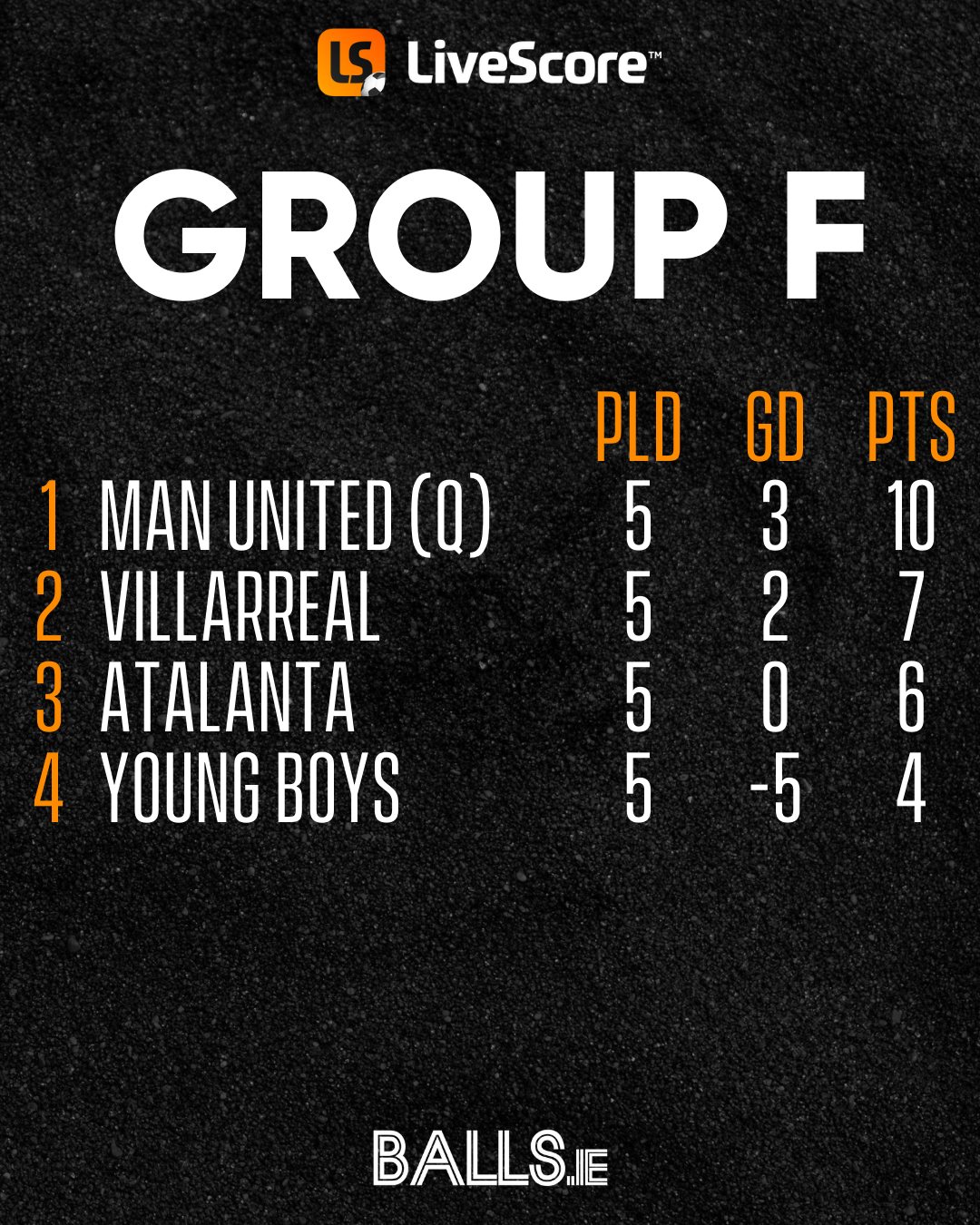 Just about the only positive of Manchester United's season so far is that they are through as group winners in the Champions League with a game to spare - thanks in no small part to the continued heroics of Cristiano Ronaldo and David de Gea.

The final day, however, presents a mouthwatering clash between Atalanta and Villarreal in Bergamo to decide who will progress as runners-up. Both teams will feel aggrieved not to have taken more from their respective clashes with United, and will now face off in a winner-takes-all clash on the 8th of December.

Young Boys are mathematically out of contention, but could still clinch Europa League football if Villarreal win in Italy and Young Boys pull off an unlikely second win against United. 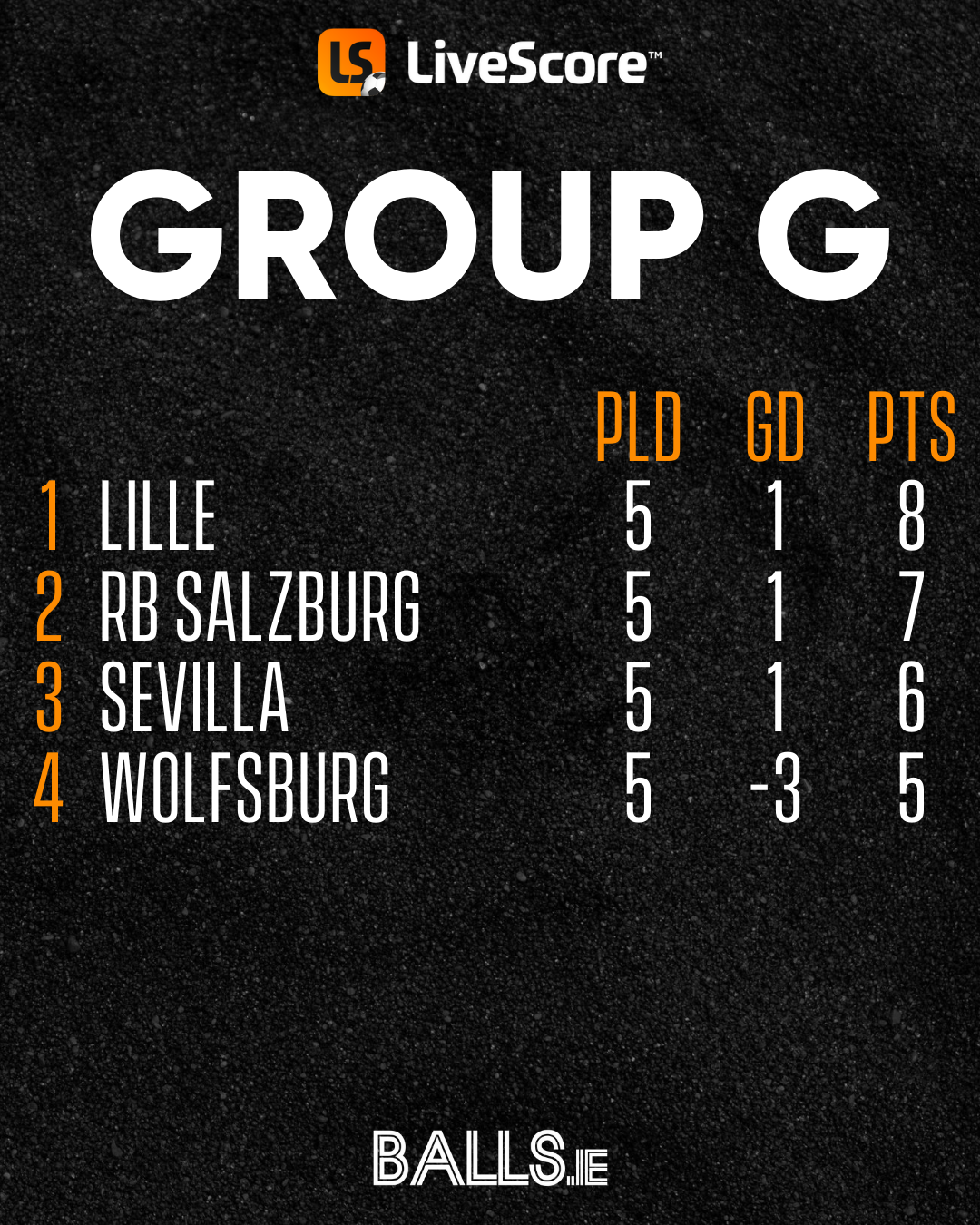 Group G is comfortably set up for the most exciting conclusion of the eight groups - and it stakes a claim for the most aesthetically pleasing table, given the teams stand in alphabetical order, separated by a point each.

Any two of the four teams could head through, with even bottom-placed Wolfsburg capable of going through if results go their way on the final day.

We didn't expect this to be the group to watch, but it's by far the most finely-balanced in the entire group stage. 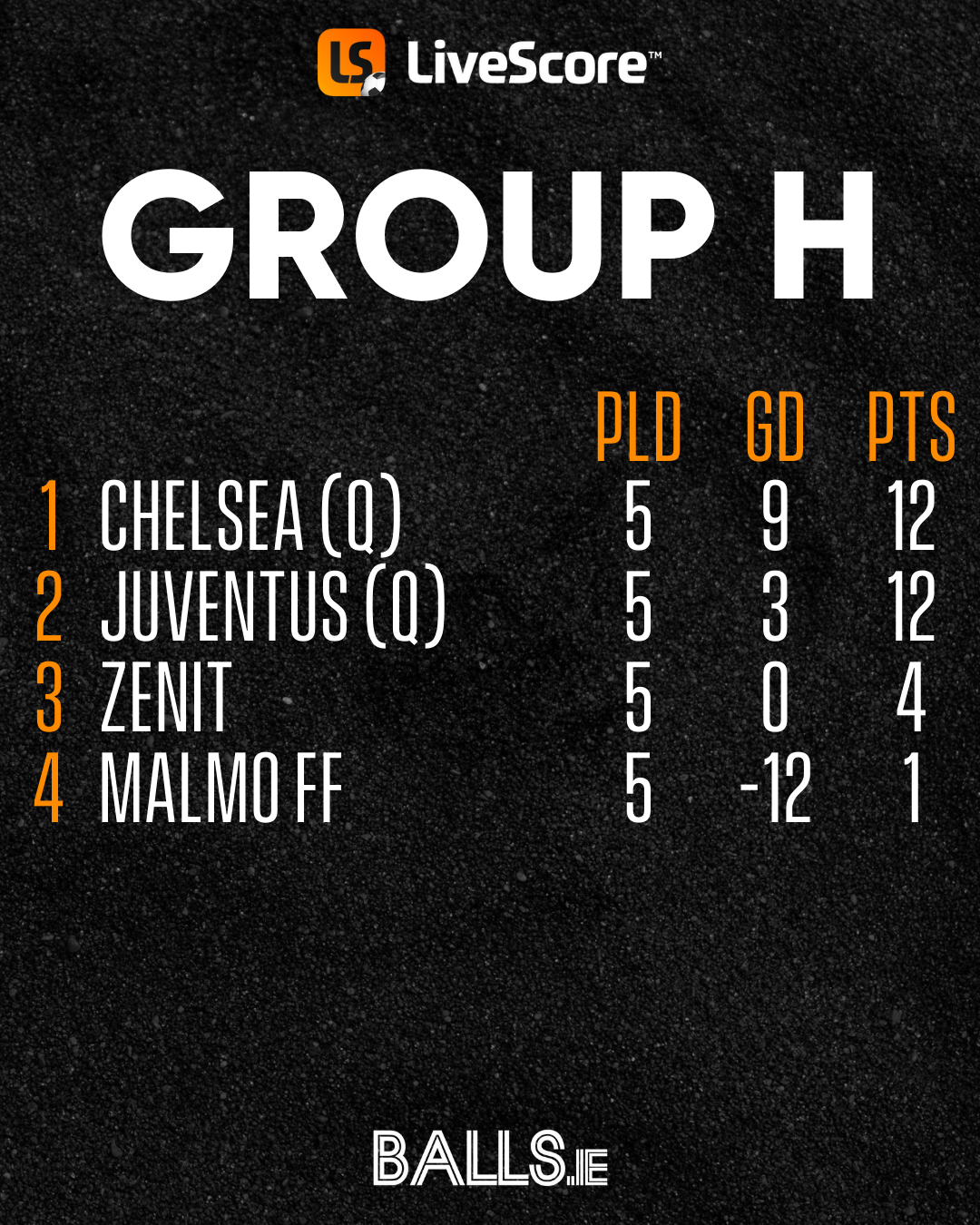 Another group with just top spot to play for, Chelsea and Juventus are already guaranteed to progress from the group, with Zenit assured of Europa League football.

Chelsea travel to Russia on the last day knowing they merely need to match Juve's result at home to Malmo to top the group, with the head-to-head between the two teams standing 4-1 in Chelsea's favour. 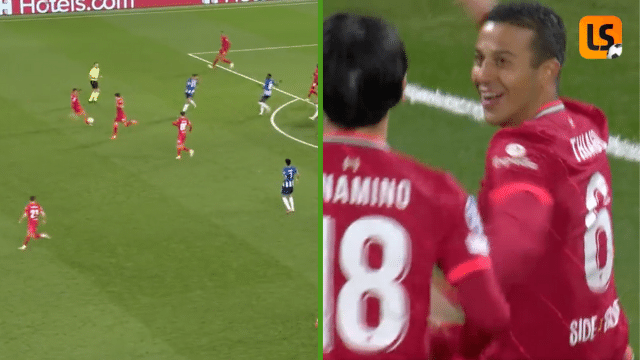