Here's How The Champions League Groups Look Ahead Of Final Games

It was an eventful night for some teams in the Champions League with others just playing out the games in their group.

Nonetheless - several teams secured qualification and others made European statements. Here's a look at how the tables in each group look ahead of the final group games.

It all started with the early kick-offs as Paris Saint-Germain turned on the style against Club Brugge. The French giants were dominant in a 4-1 win.

Manchester City will go through on top of the group despite losing to RB Leipzig in Germany. City will be without Kyle Walker for a rash challenge on Andre Silva.

You know the rest 😉 pic.twitter.com/0xFTcrcB5K

Liverpool disbanded AC Milan in the San Siro with Mr Champions League himself, Divock Origi, scoring the decisive goal in the game.

Porto and Atlético Madrid was viewed as a real battle for second and it delivered. The Spanish outfit came out on top in a fiery affair and go through.

Antoine Griezmann with a 𝘾𝙍𝙐𝘾𝙄𝘼𝙇 goal for Ateltico Madrid 🔴⚪️

As things stand, they will qualify for the #UCL knockouts over Porto and AC Milan 🎟️ pic.twitter.com/kFLVVrXGsT

This group was a bit of a non-affair as Ajax had already topped the group and Sporting Lisbon were assured of their runner-up status. Sebastian Haller continued a mad goal scoring run.

Borussia Dortmund did dismantle a ten-man Besiktas in a 5-0 drubbing with Erling Haaland bringing his Champions League tally to 23 with two goals.

It was a battle for the top spot as Real Madrid welcomed Inter Milan to the Bernabeu. Toni Kroos scored an absolute peach of a goal on their way to a 2-0 win.

In arguably the most anticipated game of the night - Sheriff faced Shakhtar Donetsk and it ended up a 1-1 draw. Riveting stuff.

This will be the group to watch out for on Wednesday night. The big clash of Bayern Munich vs Barcelona will decide the latter's European faith as they need a result.

Barcelona will be hoping Benfica drop points against Dynamo Kyiv. With four losses in the group, Benfica will be in the driving seat to come second.

Manchester United are already top of their group in a head-to-head even if they lose against Young Boys. Their record against second-place Villareal will stand to them.

The La Liga outfit will have an important test as either them or Atalanta will go through, with a draw enough for Villareal for advancement.

Arguably one of the tighter groups - only one point separates Lille in first, RB Salzburg in second, Sevilla in third and Wolfsburg in fourth.

Lille are away to Wolfsburg and a draw might be all they need depending on the results. Sevilla and Salzburg played out a 1-1 draw in their first meeting.

There are big implications for the group top teams as Juventus and Chelsea will be hoping to top the group in separate affairs.

Chelsea are away to Zenit and Juventus welcome Malmo. The two times are tied on head-t0-head so it could go to goal difference if they both win. 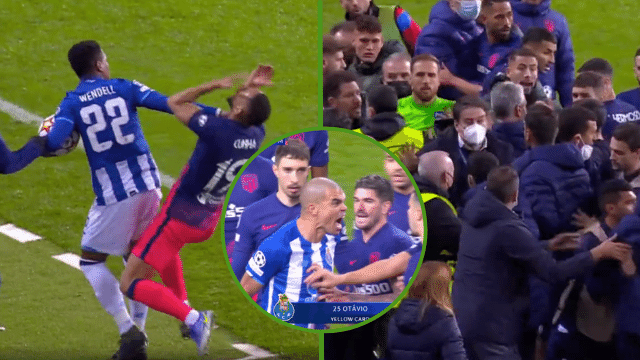