Republic of Ireland internationals Alan Browne and Shaun Williams have both been selected in the WhoScored.Com Championship team of 2018.

The football statistics and analytics site have published the top ranking players in a first 11 and it includes two Irishmen as well as former Republic of Ireland U21 player, Jack Grealish. Shaun Williams, who has been superb at Millwall, gets in on a 7.22 rating while Preston's Alan Browne also ranks at the same score.

Dubliner Shaun Williams is a former PFAI Young Player of the Year having spent five years in the League of Ireland before moving to MK Dons in 2011. He subsequently moved to Millwall, where he has starred in central midfield earning a recent inclusion in the Republic of Ireland squad and making his debut in France. 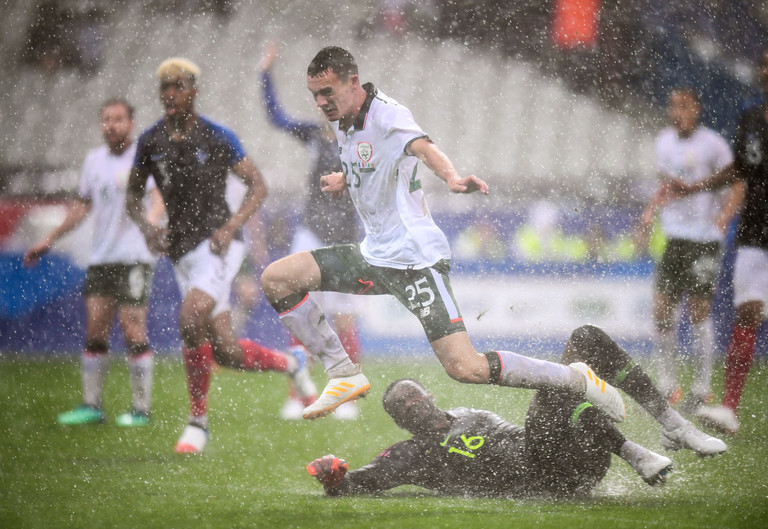 Alan Browne has been in superb form for Preston North End although he has missed out in recently due to a tight hamstring. Alex Neil recently hailed the Cork man and explained: "he is a man I rely on."

Unfortunately for the pair, neither look set to be involved in a promotion push with Preston languishing in 17th place while Millwall occupy 20th.

SEE ALSO: All Of Today's Transfer Rumours As The January Window Roars Into Life

Football
3 months ago
By Michael McCarthy
More Bad News For Stephen Kenny As Alan Browne Tests Positive For Covid
Football
4 months ago
By Gary Connaughton
Alan Browne Buries Slovakia Demons With Preston Masterclass
Football
4 months ago
By Gary Connaughton
Alan Browne Has No Regrets Over Volunteering For Slovakia Shoot-Out
Popular on Balls
Premier League
13 hours ago
By PJ Browne
Quiz: Name Every Team Relegated From The Premier League In The 90s
Football
10 hours ago
By Jonathan Byrne
Peter Crouch's Stories of Being David Ginola's Bootboy Are Comedy Gold
Rugby
8 hours ago
By Balls Team
Quiz: Name The 25 Players With The Most Six Nations Appearances
43