Chelsea were infamously denied a place in the 2009 Champions League final by a series of baffling refereeing decisions in their semi-final against Barcelona.

Referee Tom Henning Ovrebo turned down multiple Chelsea penalty shouts in the second leg, with the tie poised on a knife edge at 1-0 on aggregate. When Andres Iniesta scored late on to put Barcelona through on aggregate, the atmosphere in Stamford Bridge boiled over.

Thirteen years on from that controversial night in London, Ovrebo has admitted that Chelsea should have had at least one penalty.

In 2009, Chelsea were looking to reach a second consecutive Champions League final. Despite a disappointing Premier League campaign, they toppled Juventus and Liverpool in Europe to reach the last four, where they met Barcelona.

A 0-0 draw at the Nou Camp left the tie finely poised going into the second leg, before a barnstorming goal from Michael Essien looked set to send Chelsea through to face Manchester United.

Chelsea could have been further ahead, if they had not been denied several serious penalty claims over the course of the match, including two late on for handballs by Gerard Pique and Samuel Eto'o.

The referee on the night, Tom Henning Ovrebo, spoke to the Mail this week, and admitted that Chelsea should have had a spot kick - but he also said that some Chelsea fans had blown the night out of proportion.

I don't think the Chelsea supporters are correct when they claim four of five penalties, but I think everybody that knows football and the laws of the game knows there should have been a penalty given.

They can speculate themselves which ones should have been a penalty. I will not give you a correct answer on that because I don't have the correct answer, I just have my perception of it.

The controversial calls from Ovrebo lad to outrage from the Chelsea fans and players. Michael Ballack chased Ovrebo down the pitch while screaming in his ear after he did not award a penalty for the Eto'o handball. After the final whistle, Didier Drogba had to be held back by Chelsea staff, and ultimately shouted into a television camera, 'It's a fucking disgrace'.

In his interview with the Mail, Ovrebo suggested that he might have gotten away with his poor display if Andres Iniesta had not scored late in the game to send Barcelona to the Champions League final.

I'm sure the end of the match would have been much easier for us as a refereeing team if that goal had not been scored.

2009 nearly saw Chelsea progress to a second Champions League final. They could argue that they should have progressed - and it would appear that the man who denied them a place agrees. 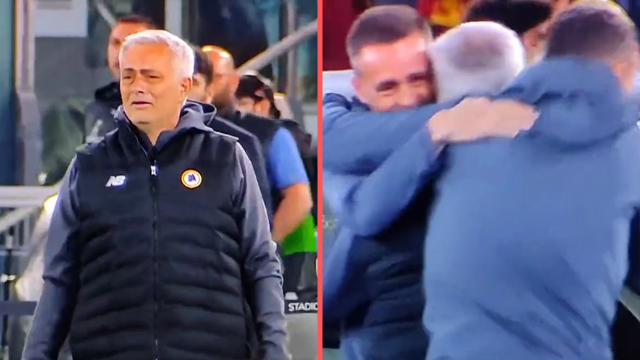