At the moment, we are in an era of Premier League dominance in Europe. Over the last four or so years Premier League teams have become regular fixtures in semis and even finals of the Champions League with even two all-Premier League finals last year and in 2019.

The last time the Premier League had such dominance was back in the mid to late 2000's. From 2005-2012 and English team featured in all but one final, with Liverpool, Manchester United and Chelsea all winning titles. During that time it was almost a yearly tradition that Chelsea and Liverpool would be drawn against each other and fireworks would ensue.

These games provided many memorable moments but the infamous Luis Garcia "Ghost Goal" in 2005 would be the catalyst for the deep rivalry between the clubs. Jose Mourinho still hasn't stopped giving out about that goal and from 2005-2009 Liverpool and Chelsea would meet 10 times in the Champions League where there would be late goals and penalty shoot-outs. Their semi-final in 2008 being another cracking tie we had a look back at.

Their quarterfinal in the 2009 season was certainly one of more memorable ties we can recall.

Chelsea And Liverpool Heading Into This Tie

Liverpool were in flying form. They had beaten Manchester United 4-1 at Old Trafford only the month prior to this game and the Stephen Gerrard-Fernando Torres connection up front was at its peak. With Rafa Benitez still at the helm this season would be the closest the Red would come to winning the Premier League with the Spaniard. They would finish four points off the Red Devils and around the time of this game they were on unbelievable form.

Since the turn of the new year they had only lost twice in sixteen matches. They had beaten Real Madrid 5-0 on aggregate in the Round of 16 to get to the quarters where they met old foes Chelsea.

Chelsea were in the midst of a mixed season. The Luiz Felipe Scolari experiment was a complete failure and losses away to Manchester United and Liverpool would rule the Blues out of title contention and that would cost Big Phil his job. He was sacked in February and was replaced by Russia national team boss Guus Hiddink. Hiddink would quickly change fortunes around and a late goal from Didier Drogba in the second leg would help Chelsea beat Juventus in the Round of 16.

The first leg would take place in Anfield and with the Kop behind them Liverpool would get off to a flying start. Fernando Torres would score after just five minutes following a poor clearance from Alex would leave it open for Dirk Kuyt to cross the ball into El Nino and he wouldn't miss from 10 yards out.

Liverpool were all over Chelsea as the Blues looked sluggish in the first half hour. However five minutes from the break a corner from Frank Lampard would be converted by Branislav Ivanovic as Liverpool's version of zonal marking was caught out as it was all tied up at the break.

The roles would flip in the second half as Chelsea looked unplayable at times, slicing through the Liverpool defence again and again. Ivanovic would score and almost identical goal to his first one around the hour mark and not so long after Didier Drogba converted a Florent Malouda cross from close range to give Chelsea a 3-1 win going into the second leg at Stamford Bridge.

Liverpool had a somewhat insurmountable mountain to climb in the second leg. The had to win by three goals in a stadium where Chelsea were unbeaten at for 86 matches. Chelsea had only lost that record earlier in the season against Liverpool, losing 1-0 but to lose by three goals would be unthinkable.

Liverpool got off to the better start in the first half yet again and they would take the lead when Brazilian left-back Fabio Aurelio caught Petr Cech off guard and was able to squeeze his free-kick in after 19 minutes. A free-kick from the same area nine minutes would lead to another goal for Liverpool as Branislav Ivanovic would drag down Xabi Alonso in the box and referee Luis Medina Cantalejo would give a penalty. Xabi Alonso would convert it and Liverpool went into half-time 2-0 up, one more goal and they would go through to the semi-finals of the Champions League.

History would repeat itself again as Chelsea would fight back in the second half and would get back into the tie after Pepe Reina would mess up saving a tame shot from Didier Drogba. The game would be level six minutes later as Brazilian defender Alex would launch an absolute rocket past Reina from over 30 yards out. Alex hit the ball so hard it would break the hand of any brave soul who would attempt to save it. Frank Lampard would score with fifteen minutes to go as Chelsea were 3-2 up having made another comeback like in the first leg.

The game looked all but over as Liverpool had half an hour to score three goals but the reds didn't give up. A deflected shot from Lucas Leiva would go past Petr Cech as the game was tied 3-3. Just a couple minutes later Dirk Kuyt scored as it was now 4-3 to the reds on this crazy night.

The madness was complete after Lampard scored with an exquisite shot from the edge of the box as the match finished 4-4 on the night and Chelsea would go through 7-5 on aggregate in one of the most outrageous Champions League ties in recent memory.

This would be the last match in the Champions League saga between Liverpool and Chelsea and they haven't faced each other in Europe's biggest club competition since then. With both sides still left in the competition it's possible we could see this rivalry rekindle again and if it's anyway as dramatic as this tie was, we're in for a treat. 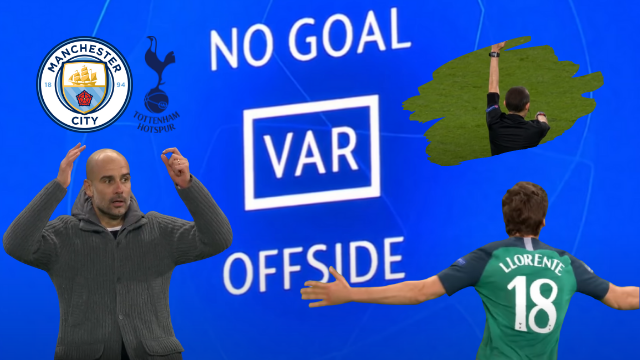