Ireland Soccer: Chiedozie Ogbene Showed He Could Be A Key Man

Chiedozie Ogbene has been knocking on the door of the Ireland soccer team for some time now and, with his first international goal in Saturday's 3-0 win over Azerbaijan, he formally announced his arrival at the highest level.

The Rotherham winger made his debut back in June, becoming the first African-born player to represent Ireland - and he was yet again exciting with every touch when he came on in Baku.

24-year-old Ogbene impressed Ireland fans in June when he made his international debut in a friendly with Hungary. Opportunities since then have been limited, with Ogbene left out of last month's World Cup qualifiers against Portugal, Azerbaijan, and Serbia.

He finally made his competitive debut when Ireland travelled to Baku on Saturday night, and he capped it off with his first goal for his country. Speaking to RTÉ afterwards, his delight was clear to see, after he put the icing on the cake of a 3-0 win.

GOAL IRELAND – It required a VAR check, but on his competitive debut, substitute Chiedozie Ogbene puts a gloss on the scoreline to make it 3-0 #AZEIRL #WorldCup2022 #RTEsoccer

Ogbene was emotional in his post-match interview and thanked all those who had helped him on his journey to representing the Ireland soccer team, saying:

We've worked really hard all week to be where we are today, I've made a lot of sacrifices and I owe it to the manager for believing in me and putting me on the pitch. It's such a great feeling...especially for my family. You can see how much it means to us.

It's all worth it, I would do it again. There's so much joy going through my body right now, for myself, my family, my friends, everybody I grew up with. Obviously for the nation, we've had a rough patch and to come here and win 3-0 is overwhelming.

'I have so much joy going through my body’ - @EdozieOgbene tells @CorkTOD of his delight on getting on the scoresheet after his journey to become a Republic of Ireland player #AZEIRL #WorldCup2022 #RTEsoccer pic.twitter.com/0q8QDOuxyw

Stephen Kenny was asked about the influence of Chiedozie Ogbene in his post-match interview, and he raved about the debutant's personality, and his energy when he came onto the pitch.

He's such a positive character. He had a few minutes in the summer with us but that's the first real run out he's had and he was very dangerous on the counter attack. He's very powerful.

We can't say we worked on that corner that he scored from! He's not a target we would normally be hitting, but he's taken it well and I'm delighted for him.

The cameo of Chiedozie Ogbene and his goal in Baku were a real highlight of Ireland's 3-0 win, and fans will be hoping to see more of the Rotherham man in next month's qualifiers against Luxembourg and Portugal. 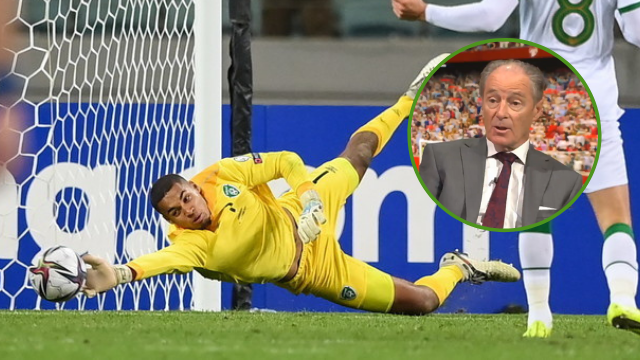