The whole 'magic of the cup' thing is probably a bit overdone in modern football, but there was a genuine feel-good story during yesterday's FA Cup action.

Chorley FC, who play in the sixth tier of English football, managed to knock Championship side Derby County out of the competition. The result does with the caveat that Derby could not play their first team squad due to coronavirus related issues, but it is quite the story nonetheless.

The players involved certainly enjoyed the occasion, belting out a bit of Adele in the dressing room to celebrate the win.

There was also an Irish connection to the game.

Chorley manager Jamie Vermiglio lived in Kerry during his youth, lining out for Killarney Celtic for a number of years.

👏Congratulations to former Killarney Celtic FC player Jamie Vermiglio who is the manager of Chorley FC. Today his team booked a place in the 4th round of the FA Cup after their 2-0 win over Derby County.
Best of luck in the next round to Jamie & Chorley FC team. pic.twitter.com/zrJ1rH9mp2

In fact, his parents and uncle still live in Killarney up to the present day.

Speaking after the game, the teacher and part-time manager admitted he would love a trip to Anfield in the next round.

If you can organise it, I'd like Liverpool away.

I'm ecstatic. It's a really proud moment for me and the club. It's unreal, just amazing...

His side now go into the hat for the next round, where the likes of Liverpool, Manchester United, and Manchester City await. 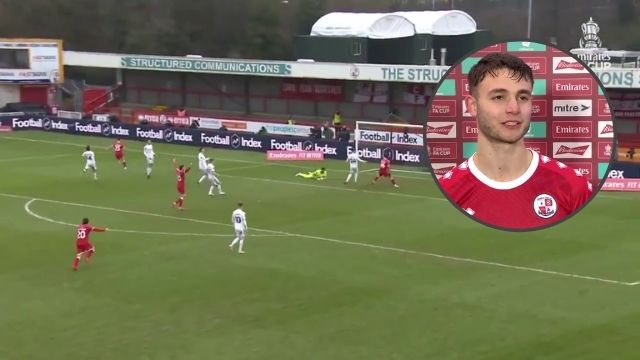