Chris Forrester - The Renaissance Of The Smithfield Street Footballer

Chris Forrester readily admits that he hasn't been himself since returning to the League of Ireland with St Patrick's Athletic in January 2019.

Familial, personal and footballing issues meant that the Smithfield native left Aberdeen just six months in his contract in order to return to St Patrick's Athletic, the club where he burst onto the scene as a shaggy-haired 19 year-old.

Forrester has mirrored his surroundings at Richmond Park, struggling to find consistency amid managerial changes and global pandemics.

However, glimpses of the magic Forrester could conjure up were always waiting around the corner.

A delicate lob against Sligo Rovers in 2019 was the first time in four years that Forrester sent Pat's fans into raptures. The impudence of the attempt harked back to Forrester's early days at the Saints, a time when he was liable to do anything with the ball at his feet.

Forrester would only add one more goal that season, an equaliser at the tail end of the campaign away to Derry City. Forrester's form picked up at a time when the season was coming to a close and there wasn't enough game time for him to impose himself.

It was a similar story in 2020, when a truncated 18-game season and a four month mid-season break meant that Forrester's form was stop-start.

Against Shelbourne, with his side amidst the worst goalscoring run in the club's history, Forrester put his head above the parapet.

A left foot rocket flew past Shelbourne keeper Colin McCabe and nearly set a block of apartments on fire. Again, it was too little, too late as the Saints again failed to qualify for Europe.

The real Chris Forrester was in there, it just rarely made an appearance in the two years since his return to Ireland.

That six months included a complete change of position from left winger to a deep lying playmaker role at Peterborough United. Forrester's adaptability was down to his upbringing in Smithfield and development as a street footballer away from the regimented schoolboy system.

On Alan Cawley's podcast, Forrester mentioned that he played as a banger (an overage and unregistered player) for his friend's team, only joining Belvedere as a 15 year-old in 2008.

This position-less and cerebral way of playing football led Forrester to success both at home and abroad. That was until things stagnated in a footballing sense and home became far more important than anything else.

However, in 2021, Chris Forrester is experiencing a renaissance.

Now in the final year of a three-year contract, Forrester sat down with Pat's managerial duo of Alan Mathews and Stephen O'Donnell to discuss how Forrester could return to the player of old.

Forrester even admitted on St Pat's in-house podcast that he never took pre-season seriously, but that this season, he had a point to prove.

With ten games of the season gone thus far, he's certainly proved it. 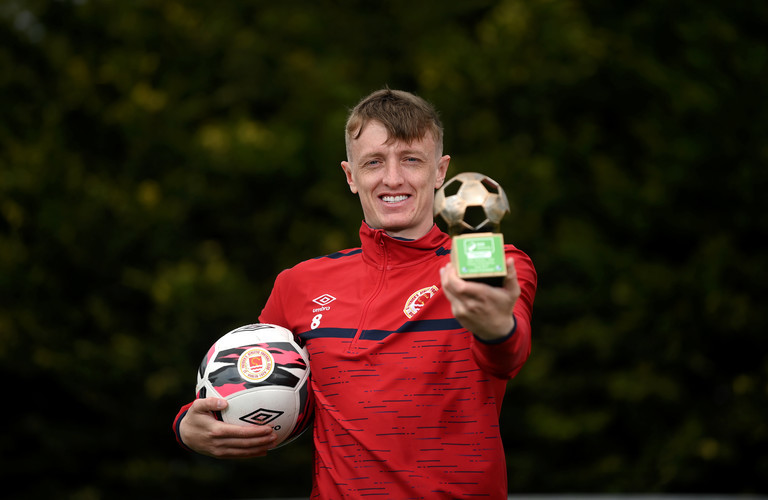 Chris Forrester of St Patrick's Athletic poses with the SSE Airtricity/SWI Player of the Month Award for April. Photo by Stephen McCarthy/Sportsfile

Pat's, led by the dynamism of Forrester in the midfield, are the closest challengers to Shamrock Rovers this season, although a 2-1 defeat at the hand of the Hoops has opened a five-point gap at the summit of the League of Ireland table.

However, Forrester scored against Hoops having started started on the left of a midfield four. His adaptability, utilised by O'Donnell and Mathews, had Rovers in all sorts of bother at the beginning of the top of the table clash.

His form has led to him receiving the SSE Airtricity/SWI Player of the Month Award for March/April, the fourth of his League of Ireland career but crucially, it's the first since his return from the UK.

Though Pat's may slow down after an excellent start to the season, the sight of Chris Forrester playing football with a smile on his face should be welcomed by all Irish football fans.

We may bemoan the level of footballing talent that is being produced at the minute, but we should embrace those footballers that can still lift us from our seats and excite us.

Like fellow inner-city street footballers Jack Byrne and Wes Hoolahan, Chris Forrester has that ability to make you fall in love with the beautiful game.

As normalcy begins to slowly return, make sure that you see this version of Chris Forrester in the flesh when stadiums open up. Who knows, you might witness something amazing...

SEE ALSO: The Saga Is At An End - Ryan Johansson Is Finally Allowed Declare For Ireland 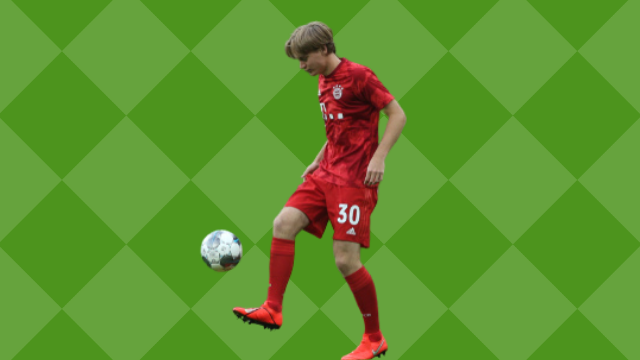