Things are not looking great for Celtic at the moment.

While many clubs are just at the start of their pre-season, the Scottish side are already facing into a pivotal period in their campaign as they prepare for the Champions League qualifiers.

They will take on Danish side Midtjylland in the qualifiers on Tuesday night, a side who were in the groups stages of the competition last season.

It would be a tough tie at the best of times, but it looks even more difficult when you consider the current state of Celtic's squad.

They look a ragtag outfit at the moment, especially during yesterday's 1-0 friendly defeat to Preston North End. The squad for that game featured eight players aged 20 or younger, with a number of more established names still some way away from coming back into the picture.

More signings will be sought, but manager Ange Postecoglou is in a difficult position ahead of the game in midweek.

Speaking on Premier Sports after yesterday's friendly, Chris Sutton said he can't help but feel sorry for the former Australia boss ahead of a potentially season defining tie.

"It's miracle stuff if that defence and goalkeeper can get Celtic through a couple of rounds in the Champions League." 😬 pic.twitter.com/GiBt4NNDVz

It's really difficult for the manager and the players. This is a youth team essentially that the manager has had to put out today...

Odsonne Edouard has to start on Tuesday night. I know he is probably on his way, but in previous season van Dijk got Celtic through to the Champions League group stages, Edouard needs to do the same.

The balls sticks with him and Celtic look livelier. [Albian] Ajeti is probably a work in progress.

Ange Postecoglou has got to think short-term at this time. It's all about getting through the Champions League qualifier against Midtjylland.

If he wants to that, I know Edouard is going to be off eventually, but he has to play and put out his best team. [Tom] Rogic look lively and Celtic looked like threat when those two came on.

There are so many issues at Celtic. The centre half pairing, [Stephen] Welsh and [Osaze] Urhoghide, has he got an injury? He has come off but looked like he struggled with the physicality of Evans. Two young lads came on.

Celtic will enter the tie as underdogs, although Postecoglou would put himself in a very favourable position amongst the club's supporters should they manage to come through it. 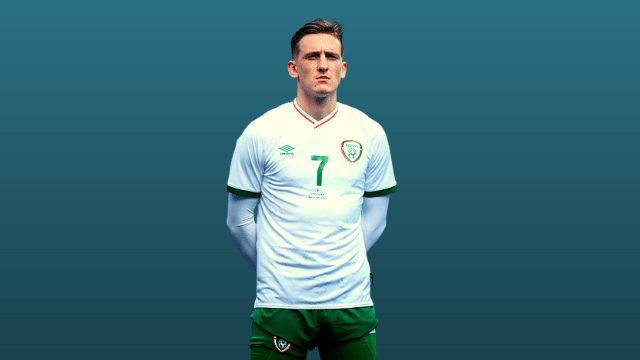