Christian Pulisic's goal gave Chelsea the lead in the Champions League semi-final against Real Madrid on Tuesday evening. It was a calm and composed finish from the American - and it was further proof that American "soccer" (to avoid confusion with American Football, of course) is continuing to go from strength to strength.

Pulisic was put through on goal by a delightful chip through from Antonio Rudiger and, after assessing his options, chose to round Thibaut Courtois himself rather than square the ball to out-of-form Timo Werner. Probably a wise choice, that.

Pulisic hails from Hershey, Pennsylvania (yes, the same hometown as the chocolate bars) and is one of the stars of the United States national team - rather tackily termed the USMNT. His strike was a vital away goal for Chelsea, though it also marked two fascinating landmarks in the history of American soccer.

The impact of American players in Europe has been limited for decades, with only the occasional import seeing major success. Landon Donovan's spell at Bayern Munich or Clint Dempsey's time at Spurs come to mind as the biggest examples of American success in Europe.

Christian Pulisic has now scored the most goals by an American in Champions League history🇺🇸 pic.twitter.com/lEypKqPJhf

Chelsea fans will have been both delighted and frustrated to see such a brilliant goal from Pulisic. He is well known as a talented player - but equally so as an inconsistent one. At his best, he has been compared to Eden Hazard at the peak of his powers, but he has gone through regular prolonged dry spells over his two seasons at Chelsea.

He is, though, one of several American players now making their name at a top club in Europe. Sandrino Dest at Barcelona, Weston McKennie at Juventus, Gio Reyna at Borussia Dortmund, and Tyler Adams at RB Leipzig are just a few of the other examples of players that have been flying the American flag in this year's Champions League.

The country co-hosts the 2026 World Cup with Canada and Mexico, and there have been lots of positive noises coming out of the squad in recent months. With the MLS continuing to improve as well, hopes will surely be high that Pulisic's goal against Real is just the latest progression for the States and their footballing hopes. 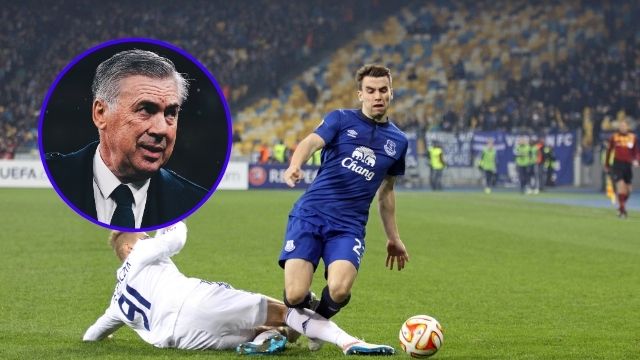