On the 3rd August, Newcastle United announced that they had completed a £5m move for Aston Villa's Ciaran Clark. Many might claim that the move was largely lateral, from one relegated Premier League 'old-boy' to another. But Clark believes that Rafa Benitez is the difference, and that he's going to help him improve as an individual, something which he believes he hasn't had much of in recent years.

It doesn't take too much digging to see what Clark is referencing. The 26-year-old has played for Villa for his entire career. After breaking into the team in the 2010/2011  season, he has been a mainstay in the heart in their defence.

He has seen Roberto Di Matteo, Paul Lambert, Remi Garde, Tim Sherwood and Alex McLeish in the last five years, but it seems that Clark believes he now has a manager who will focus on him as an indvidual player as much as on the team as a whole, something he believes is already paying dividends. 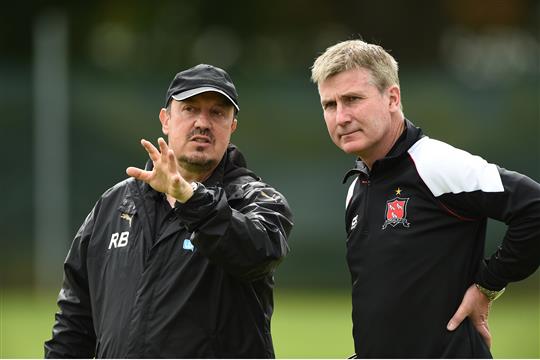 Speaking to George Culkin from The Times, Clark spoke about Benitez and his move to Newcastle:

He was a massive reason why I joined. [...] I feel like I'm learning already. Every time you step on to the to the training pitch, he tries to improve you as a team and an individual. That’s something I haven’t had much of over the last few years. He picks up on everything, every little detail.”

The move to St. James Park could be a very good one for both Clark and Ireland. Benitez is a man with a decorated history of success across multiple leagues in Europe. He is a manager with 12 titles to his name and with a Champions League medal from 2005, when his Liverpool side upset the odds to come back from 3-0 down and win club football's most coveted prize.

The 56-year-old has managed world class players all over Europe and has managed centre-backs like John Terry, Jamie Carragher and Sergio Ramos, albeit briefly on that last one.

More recently he has overseen the emergence of summer-long Chelsea target Kalidou Koulibaly. Benitez signed the French defender for £6.5m in 2014 and by the time he left the club the following year, he was already emerging as one of the best centre-backs in Serie A.

He knows what makes a good centre-back and it seems he knows how to get the best out of his players on an individual level, something which will comes as music to the ears of Ireland fans who are preparing for life without John O' Shea.

He may look like Bubba Ray Dudley, but Benitez could be the man to bring Ciaran Clark to the the next level in his career as he looks to send Newcastle back to the top tier of English football at the first time of asking.

See Also: Andres Iniesta Tells Truly Incredible Story Of How Ronaldinho Prepared For The Clasico In 2005

Football
1 month ago
By Eoin Harrington
Jamie Carragher Slates Ciaran Clark After Howler Against Manchester City
Football
9 months ago
By Gary Connaughton
Ciaran Clark Hopes Ireland Can Take Advantage Of Empty Serbian Stadium
Football
11 months ago
By Gary Connaughton
Who Will Start At Centre Back For Ireland In World Cup Qualifying Opener?
Previous Next