Despite Injury At Club Thirteen, Cillian Sheridan Will Have The Last Laugh

News broke over the weekend that Irish striker Cillian Sheridan ruptured his achilles tendon in a Scottish Premiership game against St Mirren.

It's devastating news for the Cavan native, who's made a roundabout return to Scotland eight years removed from his last stint there with Kilmarnock.

Sheridan was full of his patented dry humour in the aftermath taking to Twitter:

Thanks for all the messages folks, ruptured my Achilles tendon (turns out isn't a great thing to do). On a positive note though, once I come back I’m told it will be renamed the Acillians Tendon™

At 32 years of age, the three-times capped Republic of Ireland international is still sought after by clubs for his experience, with the return to Scotland a testament of that.

Many will remember Sheridan starting out his professional career across the Irish Sea with Celtic. However, his talents were wanted elsewhere before that trip.

Sheridan had been a feature for local GAA club Baileborough Shamrocks. "My sport is Gaelic Football," he said. "I turned up at Celtic clueless."

"It's definitely different now, but back then, there wouldn't have been a structure for going in and getting coached at 8, 9 years old."

He was supposedly touted for a career in Australian Rules but opted to focus on association football, moving from Baileborough Celtic to Dublin club Belvedere.

After playing as a schoolboy, he went on trial for several clubs away from Ireland at 17. Celtic, he recalls, was the last club that gave him a look.

"I remember going to the airport to fly over and the taxi driver in Dublin was asking what you're doing and what you're going over for."

"He was saying make sure you just give everything .. saying how big the club was and what a chance it was and stuff like that. It always stuck in my head to give it everything."

After managing to get signed in Glasgow, Sheridan cited in the aftermath that some of his fellow youth players couldn't come to terms with his playing style.

"Some of the lads in the youth team were saying to me, almost like I was a headless chicken. That I was running everywhere. It helped that I scored a few goals."

Sheridan remembers the early days at Celtic, and being a bit taken back by the lackluster training facilities. He referenced Blackburn Rovers and Norwich having better setups.

However, it was far from a silver spoon in his mouth that he was reared. He said his background in gaelic football helped him grow impartial to his surroundings.

"Going over I think it was one of the things that helped me. I was so naive to the whole environment, the dressing room, professional football club, all that was a world away from growing up with gaelic football."

He said his naivety made him the butt of the jokes at times, but having some other Irish heads in the youth squad helped him settle in.

Sheridan wasn't a boyhood Celtic fan, but he said he was a bit like his friends who casually supported Celtic due to his Irish roots.

"Half of the players I didn't even know, I might go into the gym sometimes if we were injured in the youth team. There might be some first team players. At the time, I wouldn't have known who they were."

A year or so after signing, he made his debut against Inverness in the cup in 2007. But he had a bit of a predicament as he already had plans that weekend.

"I don't know if it was the weekend my birthday was on or I was supposed to go home that weekend, I was having an 18th birthday party."

"The youth team - we had the weekend off. I planned to go up on the Friday evening, and I went to train on the Friday morning and was told I was going to be in the squad. It was a good reason to miss the 18th."

After scoring twice late on in his debut, Sheridan was signed to a three-year contract. Over the next three seasons, he would make sparing appearances at Celtic.

Loan moves to Motherwell, Plymouth and St Johnstone removed most of his time at Celtic Park but he did have some fond memories of his time as a youth.

"Playing under Strachan for me he was brilliant. He seen something in me and gave me my debut. For me, I can't really say anything bad about him."

"He could be pretty ruthless in saying stuff and slaughtering players." He also remembers Tommy Burns fondly who he said instilled a work ethic in the players.

One incident with Burns sticks out in his memory. The youth team were late to training one day, and Tommy Burns was livid with them in the dressing room.

"He just ran us for thirty or forty minutes. Fitness running, not just a recovery cooldown, hard running. And he said, 'Don't ever let that happen ever again'."

Despite the dream debut and the experience garnered at a top club, Sheridan has some great stories of a Champions League debut against Man United nonetheless.

His first experience of a Champions League game for Celtic was being a ball boy. The youth team were deployed to help out in a 2007 clash between the sides.

"Rooney, wanted a ball obviously. So he kind of sees me with the ball and shouts over, 'Give me the ball'. I remember at the time saying, fuck, I've just passed the ball to Wayne Rooney."

"I remember thinking back to that a year later when I ended up playing against him in the Champions League. It was a bit crazy how things can happen that way."

⏪ Cristiano Ronaldo in unstoppable form back in 2008 at Celtic Park...#UCL | @ManUtd pic.twitter.com/gNmTJxUOjt

Sheridan was brought on as a substitute against Man United, as Celtic were 3-0 down. Strachan ensured the Cavan man that there was no pressure, and said he felt in awe.

"I think Jonny Evans cruyffed me in my own box. That's kind of the only thing I remember. Just seeing Tevez and Rooney and the technique. They weren't just passing the ball, they were pinging it around."

He ended up starting in the return leg against Manchester United, and remembers the camera panning to the teams as the anthem plays. "That's when it hits you."

In hindsight, he says he's not sure he realised how massive it was in his career at the time, to play for Celtic in the Champions League.

The Start Of A Decade Away

In 2010, he started off a decade abroad in Bulgaria at CSKA Sofia. "I was kind of mulling over it for a good while. I think I'd done the preseason with Celtic," he said.

"I said, fuck it, I'll go and do it. The money that they were offering, maybe five or six times what I was getting at Celtic. I still wasn't jumping at it but that's the thing that kept me always interested in it."

It wasn't long before he found himself back in Scotland, which he made the point there was always offers and interest from clubs in the SPL.

His stint at Sofia didn't go as planned, with a St Johnstone loan move on the cards. "I wasn't really getting paid in Bulgaria. I might have even had to pay something to stay in St Johnstone."

"I had such a bad year in Bulgaria, I hated it. I wanted to try and get back to something new that I was comfortable with."

Kilmarnock was the next move in 2012, and Sheridan put up a respectable nine goals for the club in 26 appearances for the Killies.

One of those goals came against his old club, Celtic, and he talks about the unintentional curtailed celebration after scoring in the game.

"I never really do crazy celebrations. Nine times out of ten I'll go to the man that passed to me. I was getting praise from loads of Celtic fans. He's really respectful. Probably in a way, it was me celebrating."

After a second stint in Scotland, Sheridan found himself back playing abroad. After being in Bulgaria, he didn't hesitate to start a new chapter in Cyprus with APOEL in 2013.

"Everything made me want to go. Paulo Sergio was the manager, obviously he knew me from Scotland," he said. Sergio had managed Hearts a year prior.

Sheridan did the double with APOEL in two seasons there, before staying in Cyprus and moving to Omonia, where he enjoyed some of his best seasons.

Cillian Sheridan is in Georgia training with Omonia Nicosia ahead of their Europa League tie tonight. Debut awaits. pic.twitter.com/8AguSRhhGS

He managed 23 goals over the course of two seasons, which would eventually cap off a four-year stint in Cyprus and five cups in total.

The next few years would see time spent in Poland, New Zealand, Israel and back to Poland most recently for a tenure at Wisla Plock.

Now, in his return season in Scotland, he seemed to be happy to be back in home territory but that unfortunately has been cut short.

No Conclusion In Sight

What's next for Sheridan? Recovering from injury will be the priority first and foremost, and seeing out his two-year contract with Dundee.

Speaking in 2020, he said he feels like he has a lot left in the gas tank. "Personally I feel like I can play for a good bit longer. Because I started so late in football."

"I've almost got seven or eight years on people in not playing football. My body shape helps me as well where I don't have lots of stress on joints and muscles."

📸 | Cillian Sheridan makes his debut for @DundeeFC as he returns to Scotland. pic.twitter.com/EMBnulXzYc

Many may view Sheridan as a bit of a journeyman in footballing terms. Thirteen clubs, a season or two spent at most. He hasn't found much of a resting place.

But it's not really his way of doing things. Listening to his interviews, it seems it's just how his career has panned out. The reluctance many players would have to go out of their comfort zone, he didn't possess.

After all, he could have easily dropped down into the lower leagues in England or stayed clawing at the idea of being an SPL stalwart.

Thirteen seasons on, it's more likely the memories of Bulgaria, Cyrpus, Poland, New Zealand, Israel, and now back to Scotland, will be championed rather than challenged. 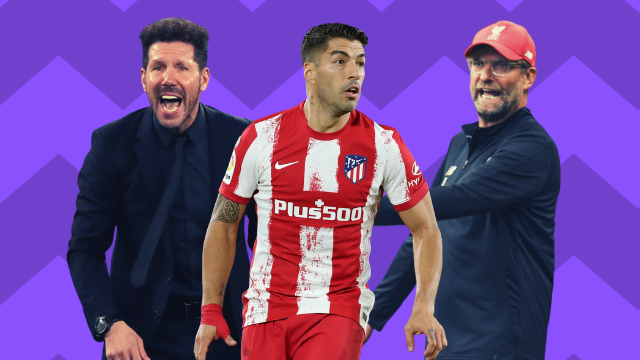