Considering how dominant they have become over the last couple of years, it is easy to forget that Pep Guardiola's first season in charge in charge of Manchester City wasn't all that successful.

It started extremely well, with City winning their first six league games. However, they would win only one of the next five as Premier League teams started to counteract Guardiola's tactics. They would exit the Champions League in the first knockout round at the hands of Monaco, before limping to a third place finish in the league, only three points ahead of fifth and 17 points off the summit.

Much of their failings came down to questionable recruitment, with John Stones making countless mistakes. Still, no deal was more damaging than the Claudio Bravo one. The former Barcelona goalkeeper was seen as the ideal man to implement Guardiola's passing style of play, signing for £17m despite being 33-years old.

He could pass the ball fine, but it soon became apparent that he couldn't do any of the things goalkeepers were supposed to do. He consistently made horrific mistakes, with his shot stopping, ability to deal with crosses, and his decision making all major questions.

City being City, they had the luxury of being able to bring in Ederson the following summer, essentially throwing Bravo on the scrap heap. However, with the Brazilian set to miss Sunday's huge game at Anfield (if you are to believe Pep Guardiola), Bravo will be back between the posts.

His first reintroduction to first team football hardly went swimmingly, getting sent off in the draw at Atalanta in midweek.

ICYMI, here's the full incident from the San Siro earlier.

▪️ Ederson off at half-time.

▪️ Kyle Walker comes on to go in goal.

All of this must have brought back some very bad memories for City fans, with Bravo's sole season as their number one no doubt back in their thoughts ahead of the Liverpool game.

Just in case you had forgotten, here's some of his greatest hits from that 16/17 campaign.

The Chilean started as he meant to go on, making a huge error in his debut against Manchester United. He attempted to come out and claim a high ball into the penalty area, but made an absolute balls of it. Zlatan Ibrahimovic would gladly clean up the scraps. 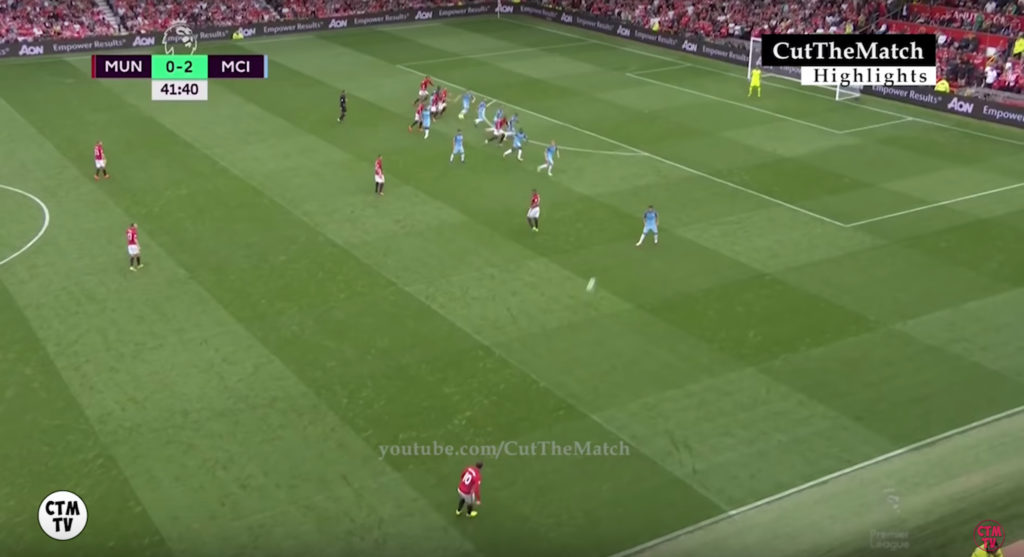 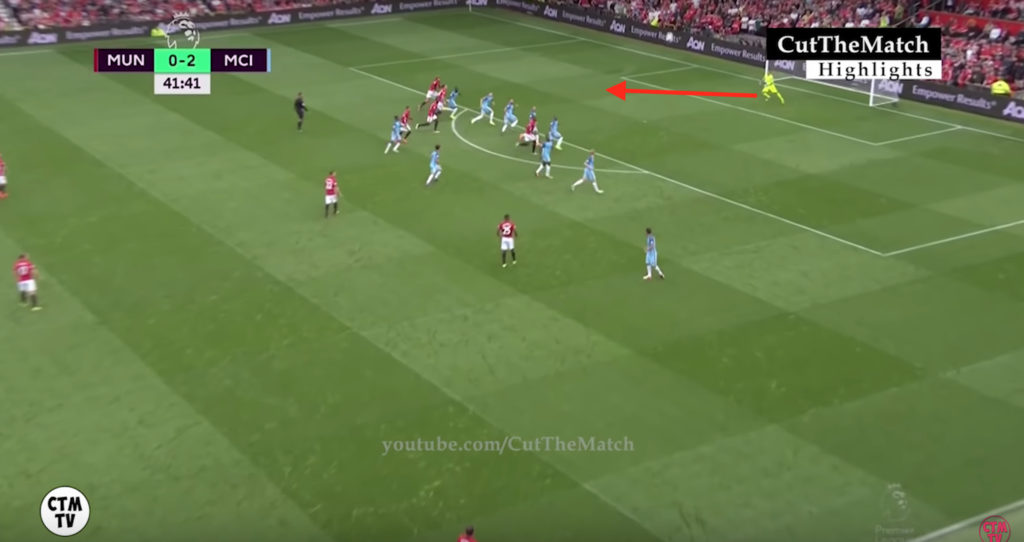 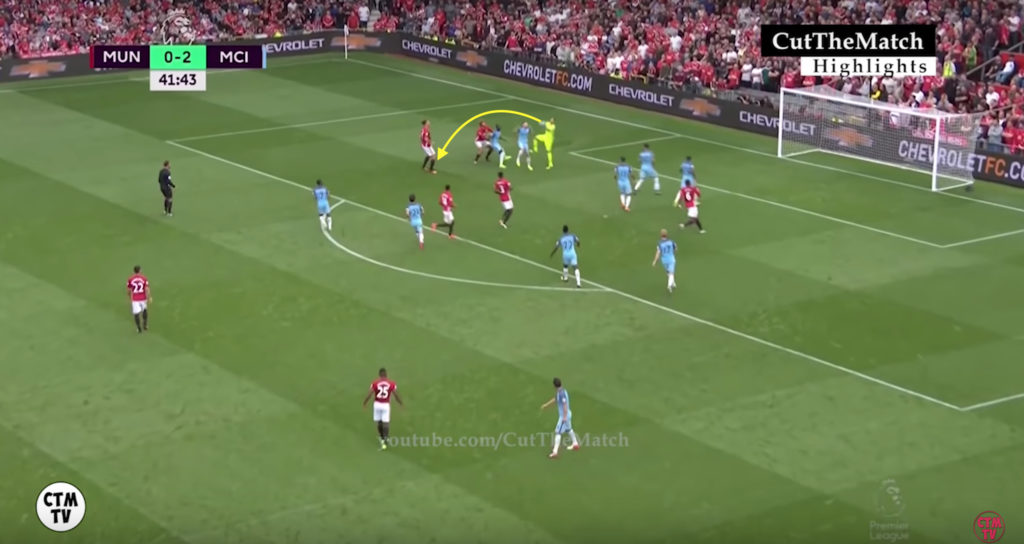 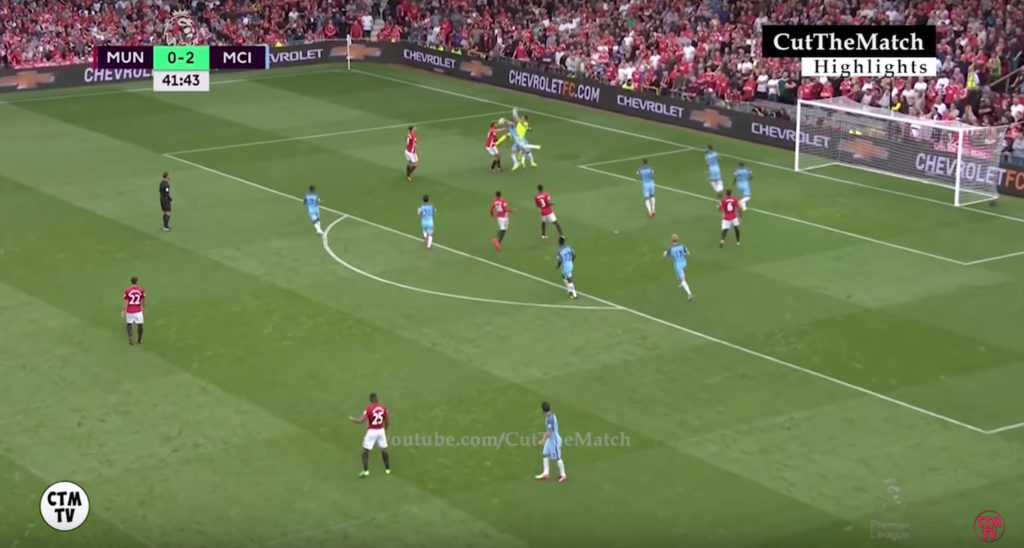 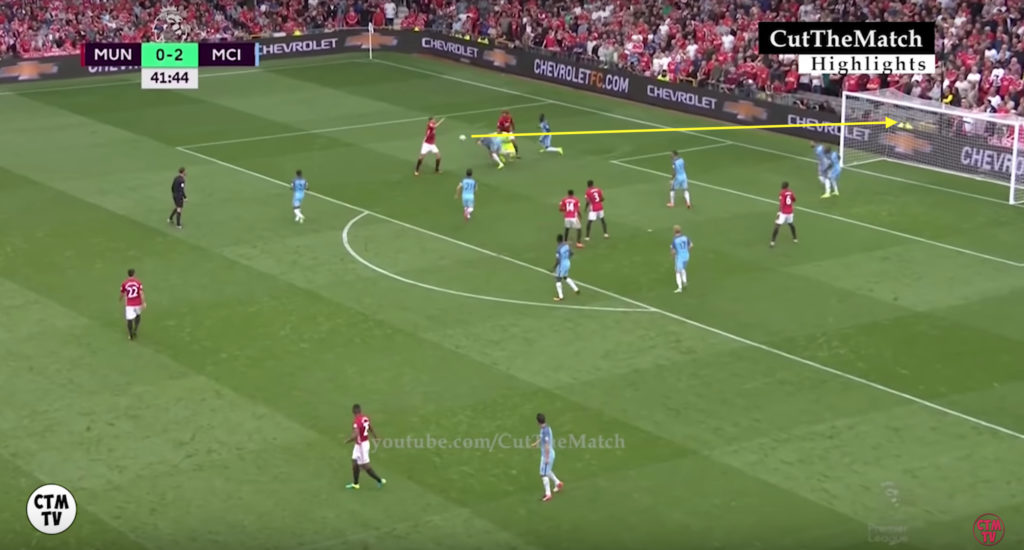 Luckily for Bravo, City would still win this game. This next howler would have far greater consequences.

Here's his red card against his old team in October of 2016, giving the ball away to Luis Suarez before handling it around ten yards outside the box. Down to ten men after 53 minutes, City would go on to lose the game 4-0.

There were quite a few soft goals conceded in the proceeding months, before Bravo's deficiencies under the high ball were once again exposed against Burnley.

A flick on at the front post saw the ball loop high into the air when the goalkeeper would try to come and punch it clear. Unsurprisingly it didn't go to plan, instead knocking the ball straight onto the head of an opposition player. 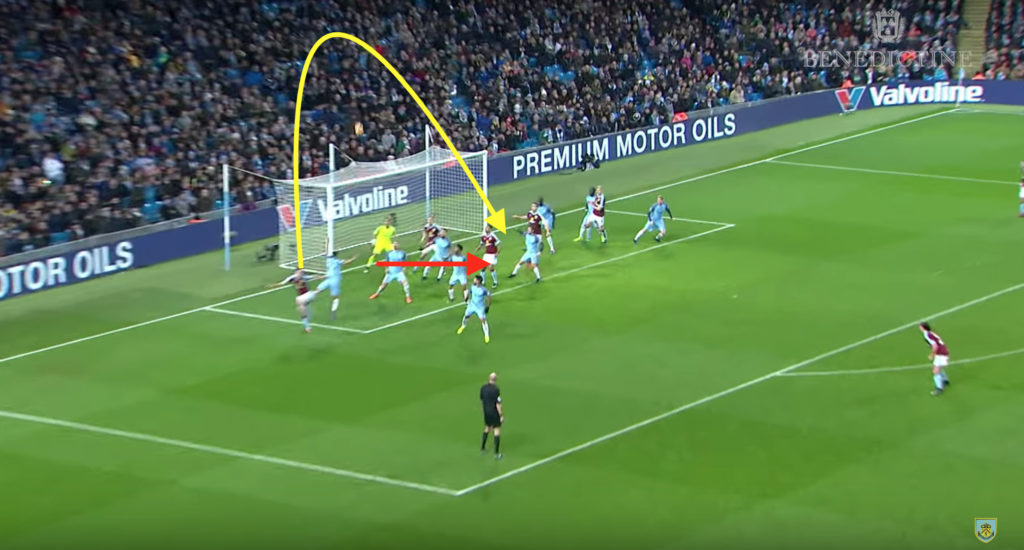 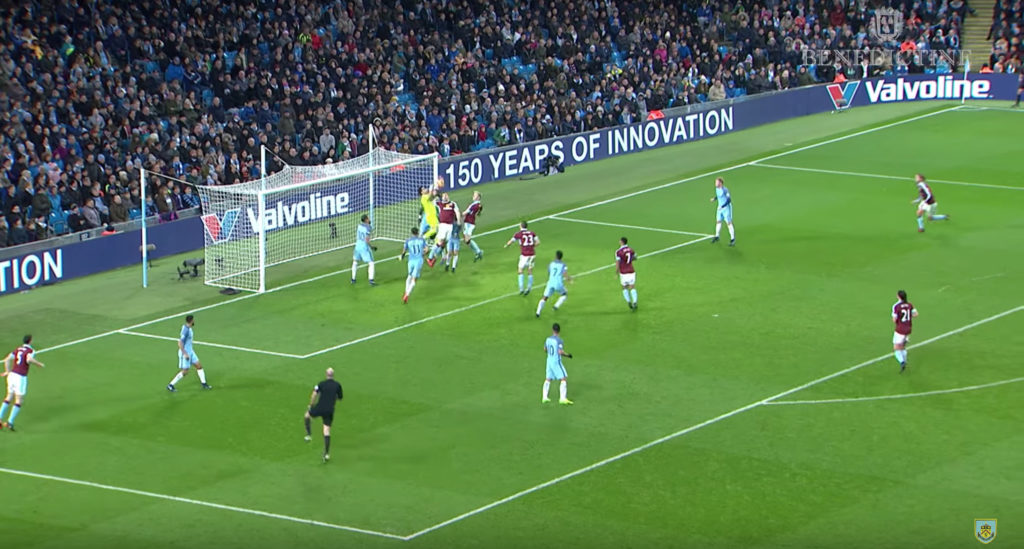 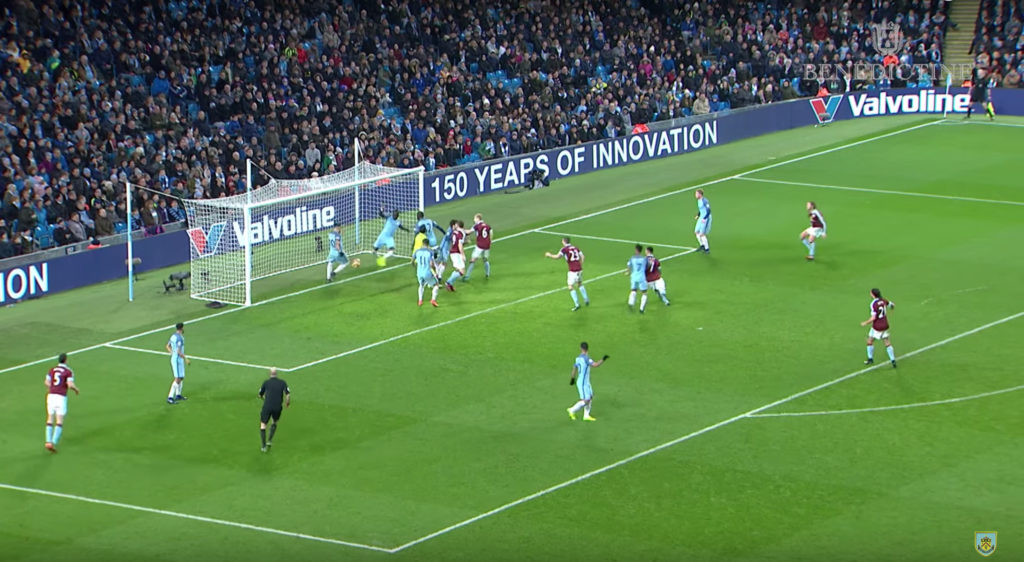 The game against Everton in January of 2017 was perhaps the lowest point of the Pep Guardiola era, losing 4-0 at Goodison Park. It was a shocker of a performance from a number of players, most notably John Stones, although Bravo certainly did his bit.

After two Everton goals where he probably could have gotten down a bit quicker to deal with them, the goalkeeper's indecisiveness allowed Tom Davies to be played in here. Getting caught between two minds, the Chilean was easily chipped. 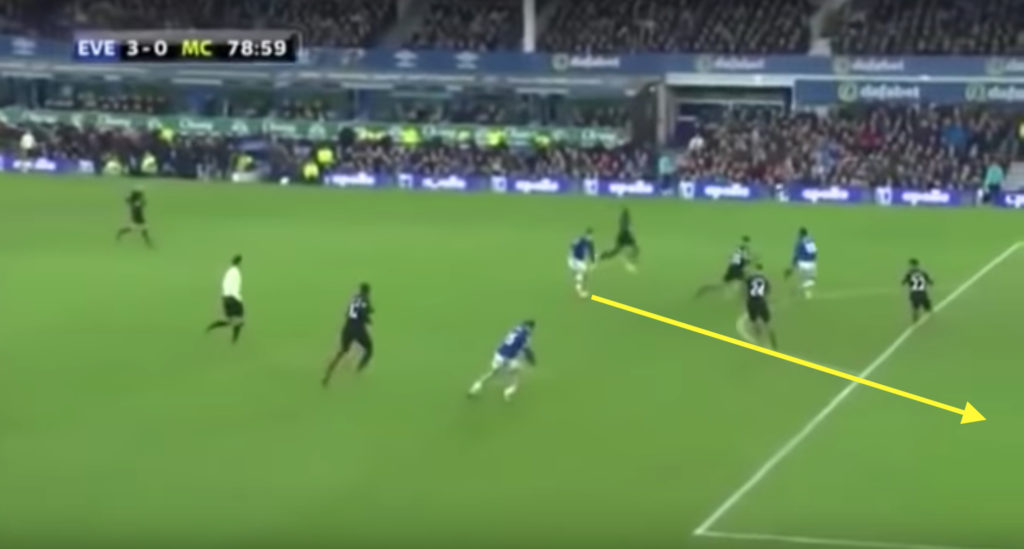 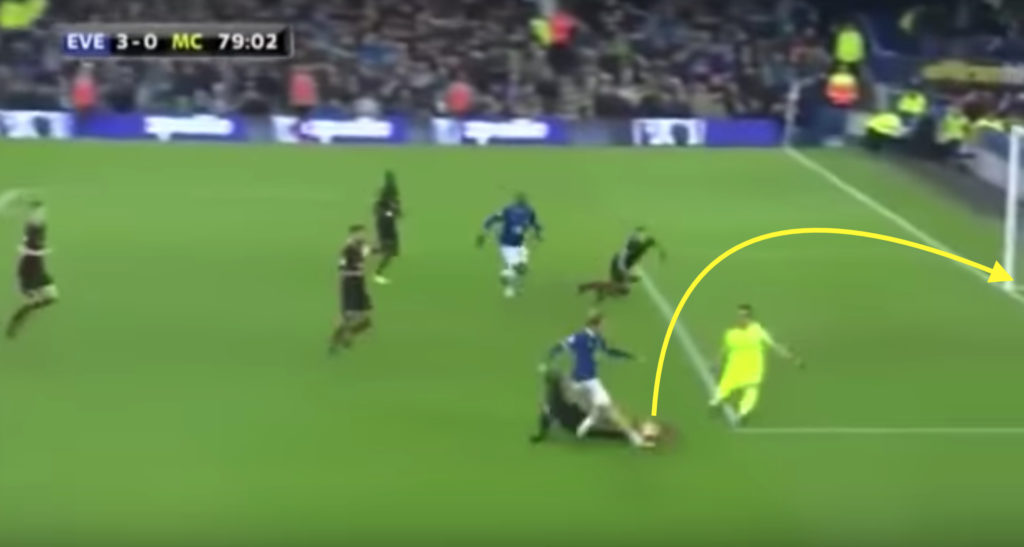 He hardly covered himself in glory for Everton's fourth, getting beaten from an incredibly tight angle, with Ademola Lookman putting through his legs despite hitting the ball while in a full sprint. 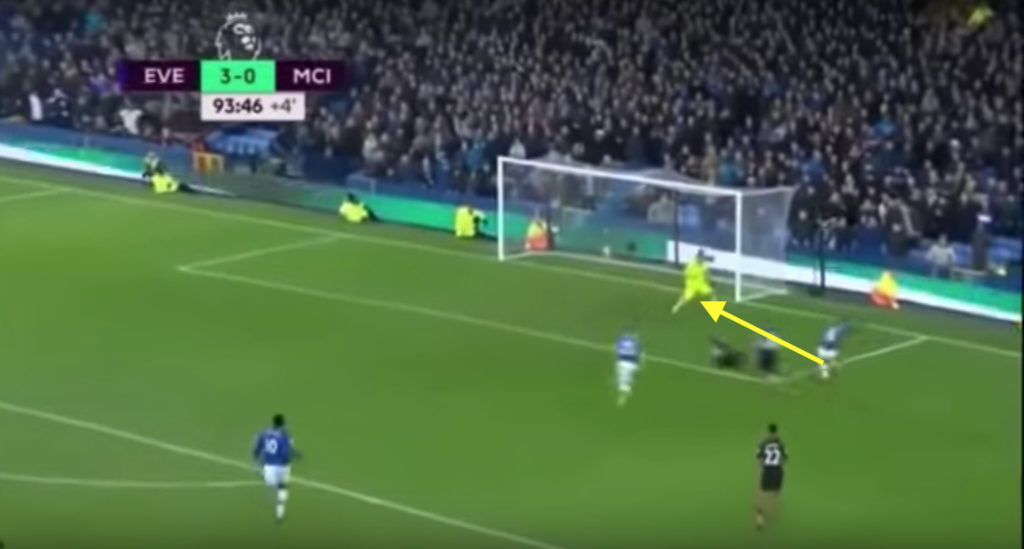 These are only a few examples from what was a torrid season for the player, one which would ultimately see him demoted to the substitute's bench. Bravo would last only one more game after that Everton hammering, a 2-2 draw at home to Spurs.

In those two matches he would face six only shots on target, and allow six goals. It was the last straw for Pep, who selected Willy Caballero for the remainder of the campaign.

His save ratio of 54.1% was by far the worst in the division.

While Bravo put in a decent performance against Liverpool in the relatively pressure free environment of the Community Shield earlier this season, Sunday's game will be an altogether different affair.

Jurgen Klopp's side will target the opposition goalkeeper, you can be sure of that.