'The Criticism We Got Last Year, A Lot Of It Was Unfair'

Style or substance? For Dundalk F.C, last season brought both. Yet for Cork City, 2018 ended in ultimate disappointment as their top-dog rivals secured a league and cup double. Amidst it all, there was germinating criticism of the playing style developing at Turners Cross.

It's disapproval that defender Colm Horgan feels wasn't fair or researched. "I’ve noticed from my time in Cork, I was only there for last year but the players there are unbelievable," he argues.

"The brand of football, we get a bit of stick but a lot of it is unduly warranted. Even being at the President's Cup last week, we really moved the ball exceptionally well in the second half especially. With the players we have, we are as good as anyone on our day. The criticism we got last year, a lot of it was unfair."

Horgan's hopes that 2019 will bring a renewed title challenge for a much-changed Cork side. A lack of medals last year was frustrating for the group. On top of that, there was a feeling that some of the media commentary on Cork's direct approach was inaccurate.

Look, you do see it every now and again. You try and not read stuff, I’m not on social media myself but I’m sure... there are lads that see it and I suppose it is never nice to have things said that aren’t fair. A lot of it is off hand, you’d wonder how much these people have seen us play to be saying we play the way we do.

Last season was just as disappointing on a personal level as it was on a collective one for the Galway native. Having battled to establish himself in the starting team, injury cut Colm Horgan's year short and he watched from the sidelines as Cork's trophy hunt wilted.

There is no sense of doubt about his own immediate challenge now: "It’s 100% on me to convince John I can do it now," he declares. "Whether that takes a little while or it is instant, that's up to myself." 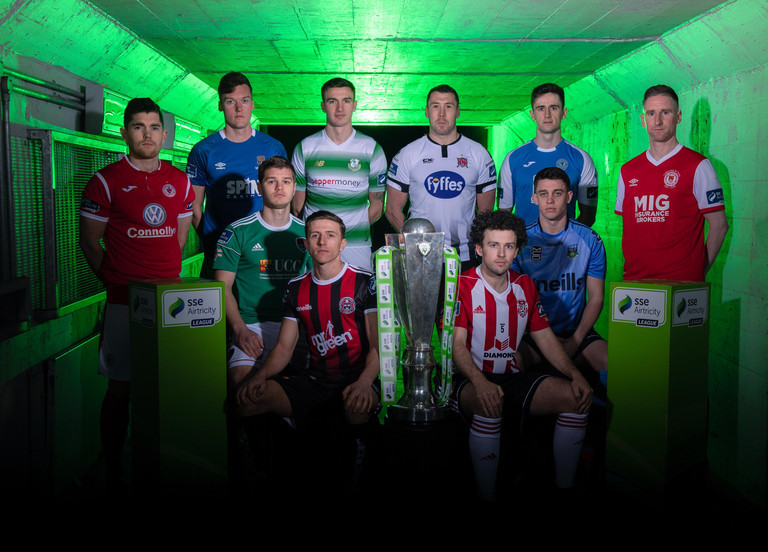 While his main focus will be on Cork's challenge, Horgan can't help but have one eye on his home club in the First Division as Galway United go in search of their own success in the form of promotion. Not only is that his local side and the team he once captained, but Horgan now has two brothers plying their trade out west.

It was recently confirmed that goalkeeper Kevin Horgan has rejoined the club after leaving Shamrock Rovers. He will join younger brother Christopher at the club, who broke into the first team squad last year. It's a development that ensures Colm will keep a keen eye on Eamon Deacy Park.

I think Galway in the last couple of weeks have really strengthened. I'm obviously following them with Kevin going back there and Chris now can hopefully get a full season. Kevin was unfortunate himself, he got player of the month then got injured and Alan Mannus came in. He's a top keeper as well. Kev was just unfortunate in that regard. He’ll hopefully get a full season of football under his belt as well.

Between the two of them, there could be a great promotion push. Last time we did it, no one gave us a chance. It'd be great to face off against them next season too!

SEE ALSO: More Than A Coach: O'Brien's Battle To Help Build A Community