Amid chants of "equal pay," "USA" and streams of confetti, the World Cup-winning US women's soccer team was feted by tens of thousands of adoring fans with a ticker-tape parade in New York on Wednesday.

Wearing identical black t-shirts emblazoned with the words "World Champions" in gold letters, members of the US squad waved to the crowds from slow-moving open-top floats.

Player of the tournament Megan Rapinoe struck her iconic goal-scoring pose as she displayed the World Cup trophy to the roaring crowds lining the route along Lower Manhattan's fabled "Canyon of Heroes."

Under bright sunny skies, office workers showered the players with streams of white confetti thrown from the windows of skyscrapers lining the parade route.

New York Mayor Bill de Blasio joined the US World Cup stars on Rapinoe's float and later hosted the US team in a ceremony at City Hall to present them with the "Keys to the City."

Players were met with chants of "equal pay" and on one float they displayed a poster given to them by someone in the crowd which read "Parades Are Cool, Equal Pay Is Cooler."

While the team is feted across the country, the squad has also been held up as champions of gender equality. 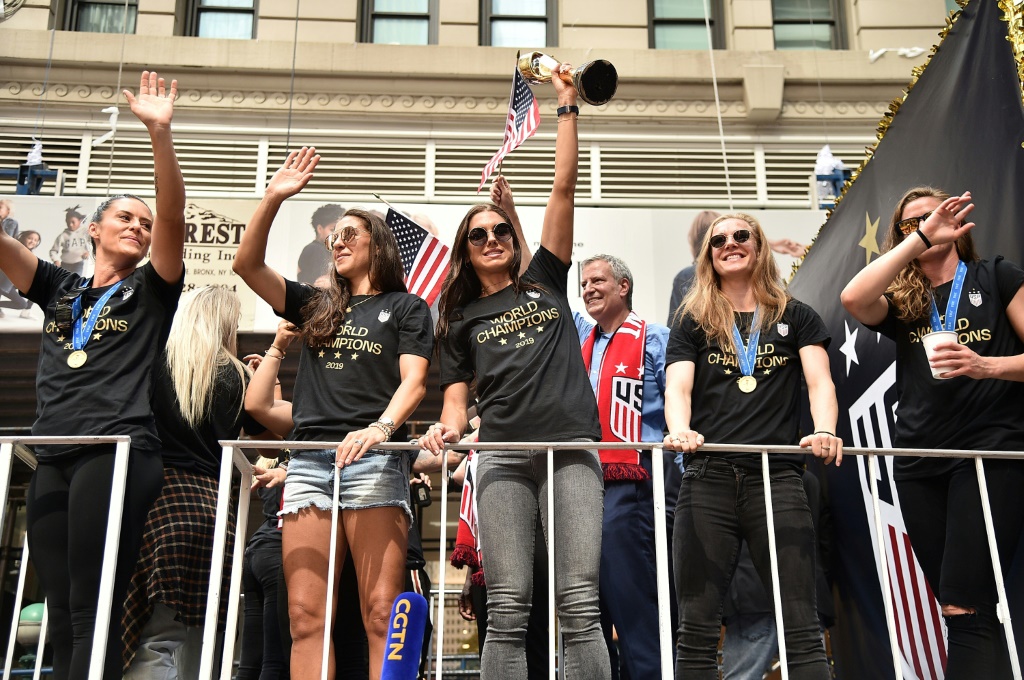 The women's team is suing the US Soccer Federation to demand equal pay with their male counterparts, and fan chants of "equal pay" also cascaded from the stands at the Stade de Lyon after Sunday's victory.

The parade, which lasted about an hour, is in line with a "Big Apple" tradition that dates back more than a century.

While the honor has been bestowed on everyone from astronauts to record-breakers, soldiers and world leaders, in recent decades it has more commonly been used to celebrate sports victories by teams such as baseball's New York Yankees or the NFL's New York Giants.

Wednesday's ticker-tape fiesta is just the first stop on a protracted victory lap that will send the team across the United States in the coming months.

After the New York celebration, the players will jet off to California to appear at the ESPYS, the US sports world's equivalent of the Oscars, taking place in Los Angeles later on Wednesday.

The team will then be back on the road next month to play in a five-game series of friendly international matches billed as a "Victory Tour", starting with a clash against Ireland at the Pasadena Rose Bowl on August 3.

One stop that looks unlikely is a trip to the White House.

The outspoken Rapinoe has been critical of President Donald Trump, saying last month that she would not accept an invitation from him to visit the White House if the USA won the World Cup.

Trump responded by tweeting that Rapinoe should "win first before she talks." 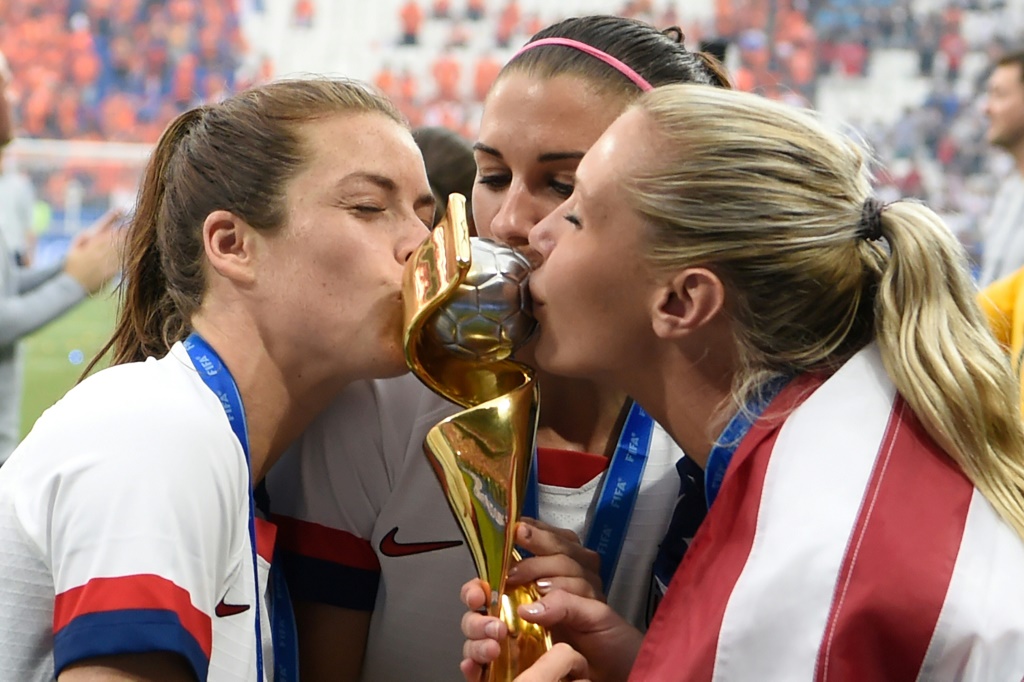 Speaking to ESPN on Tuesday, Rapinoe noted she had "held up my end of the bargain on that one" before adding that the Twitter exchange with Trump had actually helped the team in France.

She also reiterated that she would not be going to the White House, saying on CNN's "Anderson Cooper 360" that "I would not go and every teammate that I've talked to explicitly about it would not go."

"I don't think anyone on the team has any interest in lending the platform that we've worked so hard to build and the things that we fight for and the way that we live our life, I don't think we want that to be co-opted or corrupted by this administration," Rapinoe said.

On Monday, the team returned home from France, 24 hours after defeating the Netherlands 2-0 in Sunday's final to clinch a record-extending fourth World Cup crown.