UEFA are set to invite South American countries to join the Nations League from 2024 onwards, in what seems like a pretty clear move against FIFA's proposals to hold the World Cup every two years.

All 10 South American countries will join, including Brazil and Argentina, setting up the prospect of some mouthwatering ties.

The proposals to hold the FIFA World Cup every two years have been met with serious criticism from UEFA and CONMEBOL, who both feel it would devalue the competition's worth and block potential room for alternative competitions.

They appear to have found a counter proposal, with Dale Johnson of ESPN reporting that the 10 countries who compete in the Copa America will join the next edition of the Nations League.

Under the proposed format, all the games would continue to take place in Europe, but six teams from South America would be added to League A and four to League B. It would allow for South American countries like Brazil and Argentina to play high-profile friendlies once more - an opportunity that the Nations League's stranglehold on European football had previously robbed them of.

Are you ready for the UEFA-CONMEBOL Nations League?

All 10 South American nations are planned to join the UEFA Nations League when the competition renews in 2024.

All games would still be played in Europe.

In Johnson's report he references an interview from Polish publication Meczkyi in which the UEFA vice-president Zbigniew Boniek confirms the move:

This is the last UEFA Nations League in this format. We had a meeting with CONMEBOL, the confederation of South American countries. From 2024, teams from this continent will join the competition.

In what format will it be? We're still working on it. The schedule of matches for the national teams is restricted so you can't mix it up too much.

The move sets up some very exciting matchups, particularly in League A of the Nations League. With Brazil, Argentina, Colombia, Peru, Uruguay, and Chile likely to join the top tier, it is likely we'll see regular matchups between the likes of Lionel Messi, Neymar, Luis Suarez, and more against Europe's finest.

For Ireland, the move to add four South American teams to League B affects Stephen Kenny's side directly. Potential opponents for the 2024 edition would be Bolivia, Ecuador, Paraguay, and Venezuela - of course, that's if Ireland aren't promoted to the top tier, to strut their stuff against the likes of Argentina and Brazil.

Ireland v Brazil, March 2024, Aviva Stadium, UEFA Nations League. It's got a good ring to it. 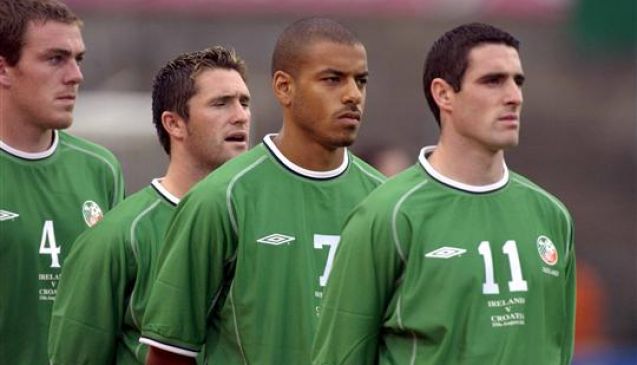