'If He Continues With Performances And Goals Like That, Stephen Kenny Will See It'

Just after the hour mark, the 23-year-old former Ireland U21 international, curled a strike from the left side of the box to the bottom right of the Aberdeen net. The game's only goal was the midfielder's fourth of the season, and his third against Aberdeen.

"It was another quality goal and I think he can go again. He's not the finished article – there's still room for improvement, ” said St Mirren manager Jim Goodwin about Ronan, who is on loan at the Scottish Premiership club from Wolves.

Goodwin, who is from Waterford, believes that Ronan can emulate fellow St Mirren player Jamie McGrath by becoming a senior Ireland international.

"Jamie McGrath has had that international recognition and Connor is capable of doing the same," said Goodwin.

"The FAI are well aware of the quality he has and he just needs to keep doing that.

"If he continues with performances and goals like that – it'll be shown over social media and on TV – and no doubt Stephen Kenny will see it."

McGrath returned to the St Mirren starting line-up on Tuesday night after missing the two previous games amid speculation about his future. The Meathman has been linked with moves to Birmingham, Middlesbrouth, and Wigan.

"It wasn't a massive call," said Goodwin about recalling McGrath.

"We had a good conversation, myself and Jamie, yesterday. I just wanted him to reassure me that he was fully committed to the cause while he is here. I think you saw that tonight in his performance. We just need to move on from what happened last week.

"Jamie showed the supporters tonight that he cares about St Mirren. He's committed to what we're asking him to do here. He's a terrific player.

"St Mirren have been very good to him, and he's been very good to us as well. 17 goals last season, an Irish international off the back of playing for St Mirren. Jamie understands that, appreciates that, and he respects the club.

"For as long as he's here, he's going to give his all on the park for us. That's the conversation we had yesterday. If Jamie can be in that frame of mind going forward, then Jamie is in the team, because he's too good a player not to be." 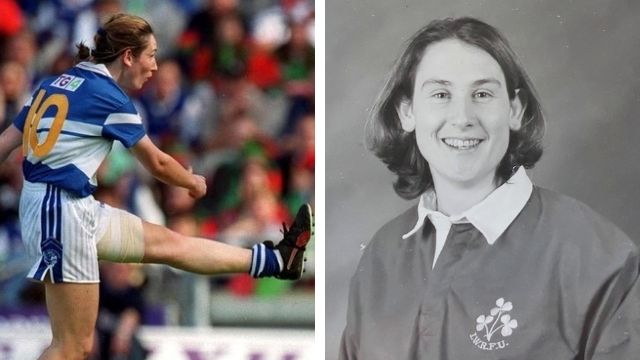