Heading into pre-season, it seemed unlikely that Conor Hourihane had a long-term future at Aston Villa. The Cork man had been a bit part player during the first half of last season, eventually joining Swansea on loan in January.

Considering the amount of money Dean Smith's side spent over the summer, the 29-year old had little chance of forcing his way back into his manager's plans.

Hourihane has been linked with a move to a number of clubs in recent times, mostly in the Championship. He performed well on loan in Wales last term, scoring five goals and assisting two more as his side reached the play-offs.

It now looks as though a move will finally go through.

Conor Hourihane underwent a medical at Sheffield United earlier today ahead of a proposed season-long loan move. Considering his Villa contract expires at the end of the campaign, his time at the club could now be over.

The move would soon be confirmed by the club.

Hourihane is a Blade. ✍️🇮🇪

Conor Hourihane has agreed a season-long loan from Aston Villa after completing his medical at United's Shirecliffe training complex on Monday.#SUFC 🔴

Sheffield United have been linked with the midfielder for a number of months now, although the deal has gone down to the final days of the window.

Speaking after the deal was confirmed, Hourihane said he was excited to get started.

I'm delighted to be here and cannot wait to get started. I've played against Sheffield United a few times and it is an exciting club to be involved in.

The manager (Slavisa Jokanovic) here has a great reputation in the Championship, his Fulham team beat us in a play-off final a couple of years ago and I'm looking forward to working with him.

He will join fellow Irish internationals John Egan and Enda Stevens at the club, as well as the recently retired David McGoldrick.

Of course, The Blades were relegated from the Premier League last season after a very poor second season in the division. They have hardly started much better in the Championship, taking only two points from their opening five fixtures and sitting in 23rd place.

However, there is still plenty of time to turn things around and try and get in amongst the promotion places, something that would have been expected of this squad. The addition of Hourihane could certainly help in this regard.

The midfielder is part of Stephen Kenny's Ireland squad for the upcoming World Cup qualifiers against Portugal, Azerbaijan, and Serbia, with the first of those fixtures taking place in the Algrave on Wednesday evening.

SEE ALSO: Sky Sports Panel Believe There Was No Way Manchester United Winner Should Have Stood 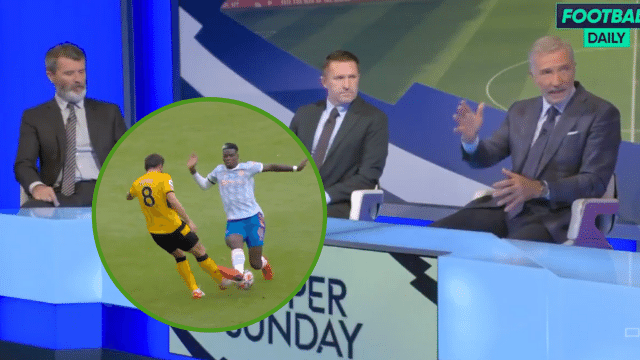 Football
5 days ago
By Gary Connaughton
Report: Steven Gerrard Targeting Liverpool Player In January Window
Football
2 weeks ago
By Jonathan Byrne
Report: Lampard Had 'Secret Interview' For Villa Job Before Gerrard Move
Football
3 weeks ago
By Eoin Harrington
Dwight Yorke Reveals He Applied For Aston Villa Job For A Third Time
Popular on Balls
Football
3 days ago
By Colman Stanley
Alex Ferguson Names His Greatest Captain, And It's Not His Most Successful Captain
Rugby
3 days ago
By PJ Browne
Trevor Brennan's Sons Played In The Same Top 14 Game At The Weekend
Football
1 day ago
By Gary Connaughton
Frank Lampard Reveals Ruthless Nature Of His Sacking At Chelsea
The Rewind
2 days ago
By Colman Stanley
New On Netflix Ireland: Your Guide To December's New Additions