Before a ball was kicked in the Stephen Kenny era, one of the players you thought would excel under his management was Conor Hourihane.

The midfielder is excellent in possession, having the ability to keep the ball in tight spaces and get a team playing. His set-pieces are also a huge asset for an Ireland team who have been very strong in that area.

However, this did not prove to be the case. Of course the team struggled as a whole with a string of poor results, but Hourihane looked well below his usual standard in many of those games.  Some of that may have been down to the position he was asked to play.

The Cork native was deployed in a holding midfield role on a number of occasions, often down to a lack of other available options. This was a good fit in possession, with Hourihane's passing range a good launching point for Irish attacks.

On the other hand, he found it difficult to carry out his defensive duties. He was overrun by opposition midfielders with a better engine for large stretches of games, something that put a huge amount of pressure on the defence. That isn't really Hourihane's fault considering he is hardly known for his running power.

It still left his place in the team in doubt going forward. Looking at young high energy midfielders coming through such as Jayson Molumby and Jason Knight, and couple with his lack of playing time at Aston Villa, it was tough to see where he fit in.

However, that narrative has been flipped on its head in recent weeks. What's more, a change in role could be a huge boost for Stephen Kenny ahead of the World Cup qualifiers in March.

Conor Hourihane has looked like a player revived since his loan move to Swansea City. Another cracking strike in last night's victory over Norwich City brought his personal tally to three goals in three games.

What an impact this man has had at @SwansOfficial!

His immediate impact in Wales can partly attributed to the position he has been playing in. The 29-year old has been used in an advanced midfield role, playing just off the strikers at times.

This would seem to suit him perfectly. Not only can his passing ability unlock the opposition defence, but he won't be required to do as much of the hard running he struggled with at international level in 2020.

Should this form continue, it could be a godsend for Stephen Kenny.

The Ireland manager has used a number of different players in the 'number ten' position, with the likes of Robbie Brady and Jeff Hendrick failing to make much of an impact. Considering that the team have failed to create many goalscoring opportunities, Hourihane's attributes could be invaluable in that area of the pitch.

A midfield three consisting of Molumby, Knight, and Hourihane would be an exciting one. All three are good on the ball, with the running power of the two younger players allowing Hourihane to concentrate on the attacking side of the game.

It would could be a well balance trio, with Knight looking especially difficult to leave out of the team on current form. Picking players who have been short of form or match fitness has been a major problem for Ireland in the past, so it would be encouraging to see Stephen Kenny put an emphasis on those things in March.

Hourihane should benefit from that. If the mentality he displayed in his post-match interview is anything to go by, he looks like a player who will contribute at both club and international level in the coming months.

Conor Hourihane - man of the match last night and 3 goals in 3 games for Swansea. Class attitude as well - 'Your career is too short to be sitting around'pic.twitter.com/DeBvuMgh9w

I'm loving it. I'm delighted to get the opportunity to play, I love playing football.

Your career is too short to be sitting around, so wherever I could have went I was all for it. I'm delighted to be here...

I have my own standard. I still want more and I'm still hungry for more, hopefully in the coming weeks that will be the case.

He would certainly be a big asset for Ireland in March if he can keep this form going. 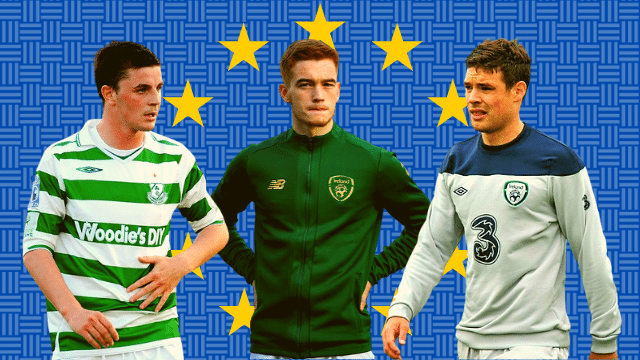