Galway native Conor Shaugnessy is hoping to end his short stint at Hearts on a triumphant note this afternoon with a win over Celtic in the Scottish Cup final.

The 22-year-old left Leeds United back in January after an injury-plagued couple months which saw him earn only one appearance for the club.

His time in the Scottish capital, however, is coming to an end, as he returns to Elland Road during the summer.

Speaking to the Edinburgh Evening News in the lead-up to this afternoon's final, the Irish defender spoke about improving as a player in Scotland.

These five months have been massive for me. It’s brilliant to get a run of games because I wanted as much game time as possible. Every time I’m on the pitch, it helps my development as a player. I’m learning different little things in every match. The cup final is another step in my development.

I’ve got family and a couple of friends coming across from back home. I know Celtic have a big Irish following but my family are 100 per cent behind Hearts on Saturday,

Hopefully I can finish off my loan here with a winner’s medal and a trophy. To win any silverware in your career would be great, so for me to go back to Leeds after a five-month loan with a Scottish Cup winner’s medal would be an amazing achievement. It would stand me in good stead going into next season.

Another man that is sure to take notice of Shaughnessy's achievements is Republic of Ireland manager Mick McCarthy.

However, no call-up has arrived just yet, with Shane Duffy, Richard Keogh, John Egan and Kevin Long all named in the squad earlier this week for next month's Euro 2020 qualifiers. 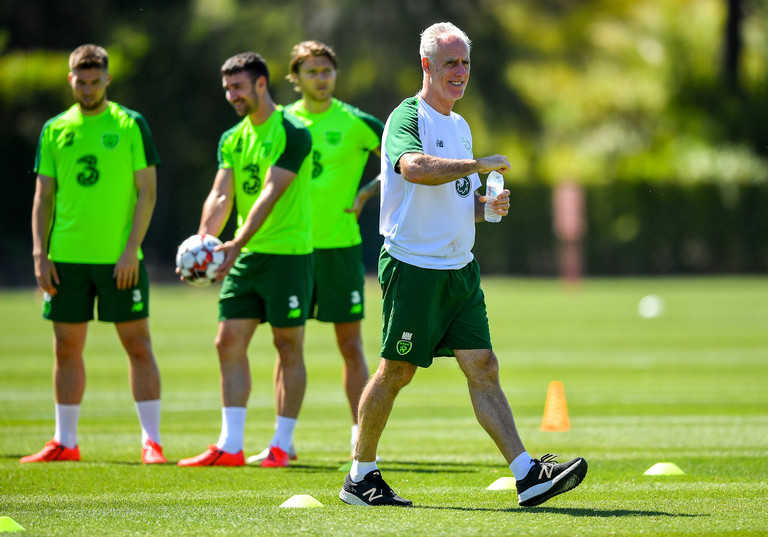 Like Paudie O'Connor, who joined Bradford City on loan in January, Shaughnessy will return to Elland Road this summer. Whether or not Marco Bielsa will have room for the pair in his plans - as he pushes for a spot in the Premier League - remains to be seen.

A Scottish Cup winners' medal for Shaunghnessy, though, is bound to impress the Argentinian. If only a tad.

Football
2 years ago
By Maurice Brosnan
Six Irish Players Who Could Use A Transfer This Summer
Football
3 years ago
By PJ Browne
Irish Leeds Defender Set For Scottish Premiership Loan
Football
3 years ago
By Maurice Brosnan
Huge Boost As Marcelo Biesla Starts Irish Youngster For Preston Clash
Popular on Balls
GAA
3 days ago
By PJ Browne
Mayo's Padraig O'Hora Using Football To Promote His Real Passion
Rugby
1 day ago
By Colman Stanley
'That Pace, That Intensity, That Organisation' All Black Legend Has High Praise For Leinster
GAA
1 day ago
By PJ Browne
Jim McGuinness's Gut Tells Him Dublin Will Win The All-Ireland
The Rewind
2 days ago
By Eoin Harrington
Watch: Brilliant Dermot Morgan Dublin Segment From 'The Travel Show' Resurfaces