Will Patching gave Derry the lead from the spot just after half-time with a cool penalty, before the controversy ensued.

Will Patching gives Derry City the lead against the league champions! 🔥

With Rovers advancing into the Derry half, they won a throw-in about forty yards out. Hoops defender Liam Scales proceeded to take the throw-in almost in line with the penalty area, away from the view of the TV cameras. There was also a second ball on the pitch when he took the throw.

The ball made its way into the area and Rovers striker Rory Gaffney made no mistake in putting the ball away from a tight angle.

How was this goal allowed to stand this was a 1-0 win for Derry all day long #Robbed pic.twitter.com/FrLHuhDert

Derry City fans were irate on Twitter, and rightly so. Some fans pointed out that not even the camera tracked the new location of the throw, showing how far down the pitch the throw-in was taken compared to its proper location.

Derry boss Ruaidhrí Higgins was unhappy with the decision, and spoke out about it in his post-match interview.

It’s clear that he (Liam Scales) has taken the throw-in 15 or 20 yards ahead of where it should have been. But we put in a courageous performance and limited them to only a couple of chances. We can be proud of ourselves.

Both sides finished the game with ten men. Shamrock Rovers' Sean Hoare had already been booked for the incident leading to the penalty, and he saw a second booking with seven minutes to go. Derry's Daniel Lafferty followed him off in injury time, again for a second bookable offence.

The controversial result leaves Shamrock Rovers six points clear of St. Patrick's Athletic at the top of the table, after Pats' 3-1 defeat to Drogheda on Friday night. Derry sit just above the relegation zone in 8th place, having only taken two wins from their first eleven matches - though their fans will certainly feel it should have been a third win in Tallaght last night. 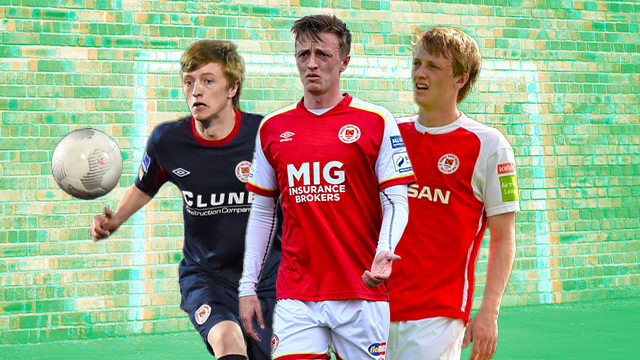