Cork City Head Coach Colin Healy was fuming after his side were denied what looked to be a valuable three points in their promotion quest because of a remarkable refereeing error.

The Leesiders looked comfortable in their fixture away to Cabinteely, but surrendered a 2-0 lead to ultimately draw the game. It was a frustrating collapse for City, but it was the circumstances of Cabo’s first goal that proved to be the biggest bone of contention to Healy.

After a drop ball, Cabinteely’s Eoin McPhillips crossed a ball into the box that found its way into the net in comical fashion. The referee signaled a goal had been scored.

Under FIFA rules however, if a dropped ball enters the goal without touching at least two players, play is restarted with a goal kick. McPhillips was the only player to have touched the ball.

“The first goal shouldn’t have been allowed,” Healy told the Irish Examiner.

“You can’t score directly from a drop ball. The lad has got the ball and he’s put in the back of the net. You can’t score. That’s the rule. It should be restarted with a goal kick.

“If you’re giving other teams goals like that, it’s going to be very difficult. That shouldn’t happen at this level.

“Just drop the ball, I got it from here”. Eoin McPhilips’ wonder goal against Cork last night at Stradbrook. pic.twitter.com/QPchwYp6vt

“I know referees make mistakes, that happens in the game with decisions, tackles, but a rule like that — that shouldn’t happen, and that cost us three points.”

Healy also confirmed that he did not speak to referee David Connolly. But he did say mistakes like that make his job an awful lot harder.

A lesser spotted football rules issue. Law 8.2 of the Laws of the Game. Only one player touches the ball after the drop before it goes into the goal - McPhilips of @Cabinteely_FC . Referee should have awarded a goal kick to @CorkCityFC https://t.co/gzvpTHNL1P https://t.co/0iiX4rJo04

“The players spoke to the ref. You would like to think they would know that rule. If Cabinteely don’t score that, they don’t get back in the game.

“We train all week, we prepare well, the lads are working so hard, you’re winning 2-0 and then to get a goal like that, to bring them back into the game. It makes my job very, very difficult.”

For Cork, it's a set back in their promotion charge after a good run of form. They are now unbeaten in six games in league and cup, but still sit in 7th place, a massive 21 points off leaders Shelbourne, and 13 behind second place Galway United after a dreadful start to the campaign.

This was not the first time a goal has been scored in bizarre circumstances at Cabinteely.

In 2018, the quick thinking of Luke Clucas and Keith Dalton saw them undo then Galway United keeper Tadgh Ryan who picked up the ball twice within the space of a few seconds. 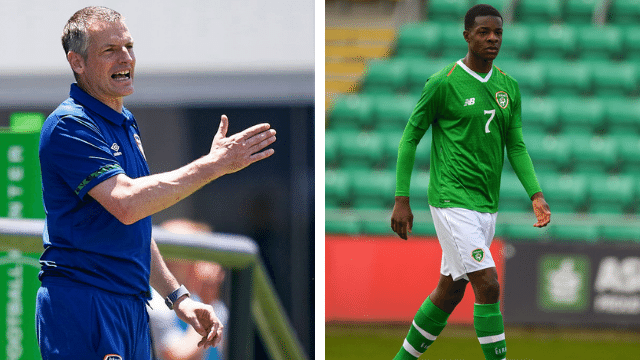